Doja Cat and SZA are taking over summer 2021. And their latest act just confirmed it.

The duo joined forces onstage at the Billboard Music Awards last night, marking their first live performance of their collaboration, “Kiss Me More,” which has been climbing the charts and infiltrating the airwaves since its April debut.

Amid a colorful, futuristic set, Doja Cat kicked things off in a color-blocked Balmain look that was remixed into a thigh-baring bodysuit. SZA followed with her own dramatic entrance wearing a Mugler corset, a chain belt, and an electric-yellow wig. Together, they ignited infectious energy, moved in sync, and gave us this dramatic ending pose. 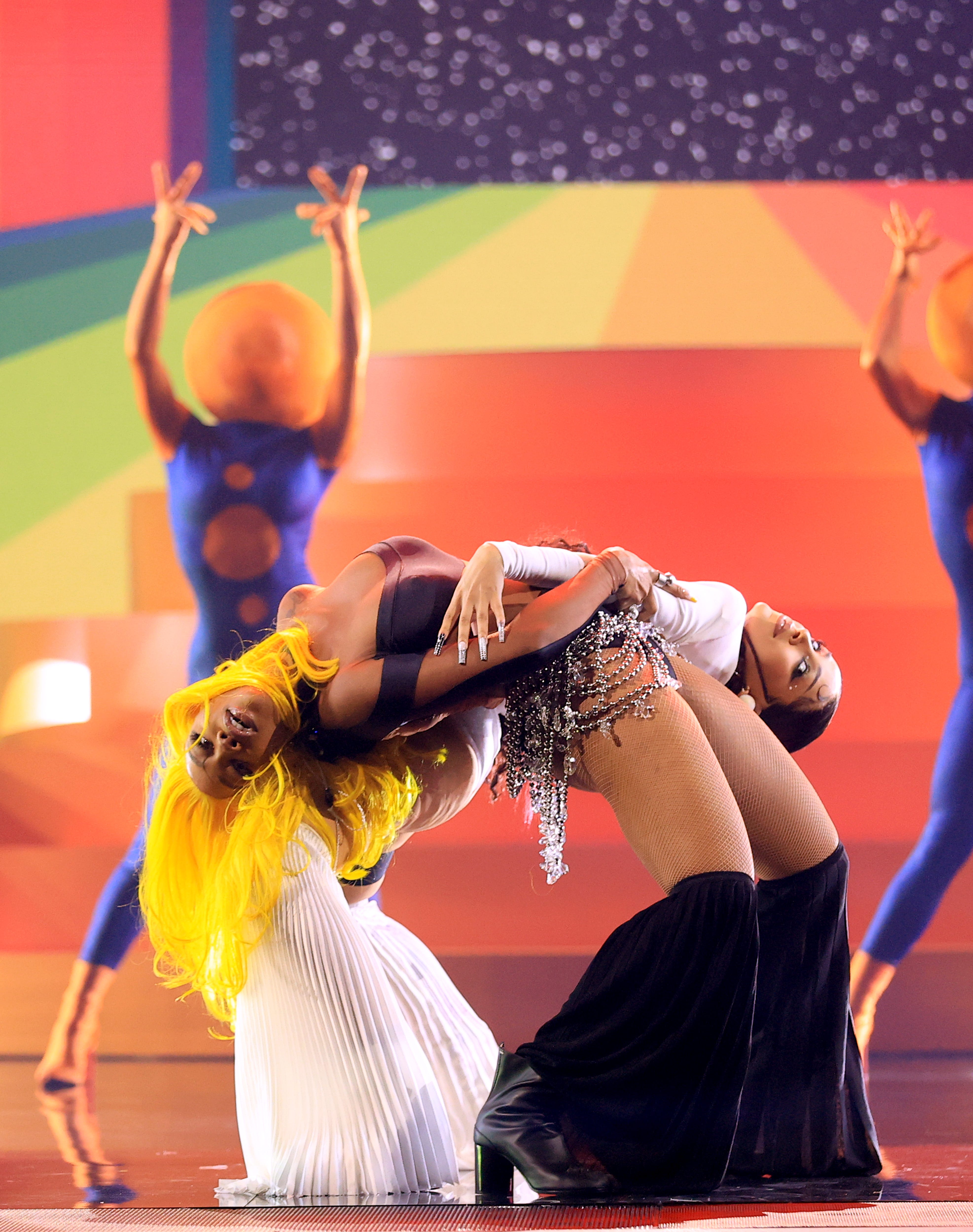 Doja Cat, who was nominated for five awards last night, took home the trophy for Top R&B Female Artist, trumping her collaborator, SZA, and Jhené Aiko. She was in shock receiving the award on the red carpet ahead of the official ceremony. “It’s amazing,” she told E! “That’s really, really great. Thank you so much.”

There’ll be more to come from Doja as she prepares to release her next album, Planet Her, supposedly this summer. “It’s not too different from what I’ve been doing, which is taking a lot of genres and putting them in a pot and mixing them around, and throwing them on an album,” she said of what to expect from the LP.

“But it’s a lot more developed and a lot more evolved,” she added. “I feel like I’ve gotten better at a lot of things, singing and rapping. So I’m excited for people to see that.”

And, cat, Doja, ki, performed, SZA
You may also like:

Lenny Kravitz's Song 'Johnny Cash' Is Not About Johnny Cash