Follow
Home » Music » How Much Money Did Jimi Hendrix Make From Playing Woodstock?

How Much Money Did Jimi Hendrix Make From Playing Woodstock?

Jimi Hendrix and Woodstock have become synonymous with each other. During the famous 1969 festival, the musician’s set was one of the most memorable performances. However, it almost didn’t happen.

Woodstock’s co-founder, Michael Lang, who recently died on Jan. 8, once explained that getting Hendrix was like pulling teeth. It also hurt Lang’s bank account.

By 1969, Hendrix was already a household name. He was the biggest act in music, and therefore got top dollar for performing literally anywhere. So, when Lang gave Hendrix the price he was willing to pay, it didn’t quite cut it for the guitarist.

During a 2009 interview with Billboard to celebrate Woodstock’s 40th anniversary, Lang explained getting Hendrix was hard.

“I think the Hendrix conversation was probably the toughest of all of them,” Lang said. “Of course Jimi at that point was the biggest rock act in the world, and I had set a Favorite Nations policy where the top I would pay any band was $15,000 and that was it.

“And so when I approached Jimi, or his manager Michael Jeffries, I offered him $15,000 and he had just been paid $150,000 to do a show at Madison Square Garden, which was supposed to take place two weeks before Woodstock. The last time I booked him it was a $5,000 booking — that was in Miami the year before.

“And I said, ‘I can’t pay what you want.’ Jimi was living in Woodstock at the time, with Michael, and Jimi and I would sort of run into each other here and there and I knew he wanted to play, so I had that advantage.

“And one day I went to his agent’s office to try and kind of definitively get this done or not and came up with the idea of offering him two shows; I wanted him to open the (festival) with an acoustic set and close with the band, and I would pay him $15,000 per set, so now he’s getting $30,000.

Hendrix’s agent said it “wouldn’t fly.” Lang replied, “That’s all I can really do. I’m not gonna blow off every other act I’ve booked to have Jimi, there although I’d love to have him.”

“The other problem was that I’d also established this idea of alphabetical billing and everyone getting 100% billing because I sort of wanted this equality between everybody, and I had no problem with any other group except for Jimi because, again, Michael wanted him to have 100% star billing. And I said, ‘You’ll get it — so will everybody else!’” 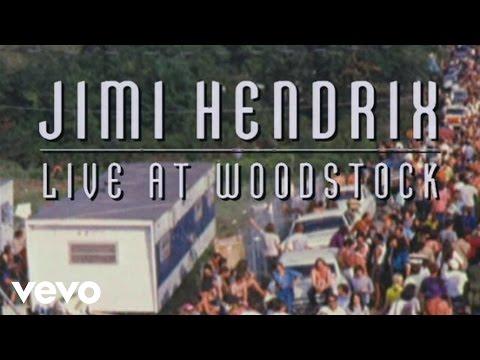 Hendrix eventually agreed but tacked on a bonus

Although Hendrix and Lang wanted the same thing, for the guitarist to play the festival, Hendrix still fought to negotiate “an edge.”

“We eventually worked it out that, ‘OK, he’ll do the two sets. We’ll take $30,000 if you throw in $2,000 for expenses,’” Lang said. “He had to get a little edge in there somewhere to say, ‘We got more than anybody,’ so that was probably the most interesting booking.”

In the end, both Hendrix and Lang didn’t exactly get what they were hoping for.

The “Foxy Lady” singer’s ego might have gotten him the pay he was due, but it didn’t help him when it came time for his performance. Lang initially wanted him to play the midnight set. However, Hendrix demanded that he play the last set, thinking it would have a huge crowd. He was wrong.

“He showed up Sunday at noon, and I spoke with his manager and said, ‘We’ll put him on at midnight. That’s probably the best spot,’” Lang said. “And Michael Jeffries said, ‘No, no, no. Jimi’s got to close the show.’” 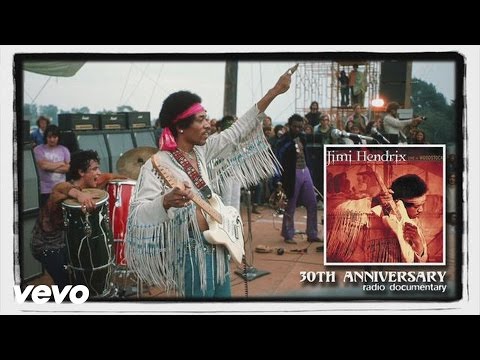 So, Hendrix’s intuition failed him there. Later, Hendrix never showed up to his acoustic set. Lang said he was “totally” ready for it too. “I was ready for anybody on Friday to play an acoustic set,” he said.

Woodstock didn’t happen the way Hendrix or Lang anticipated. However, it’s still one of the most famous music festivals in music history.