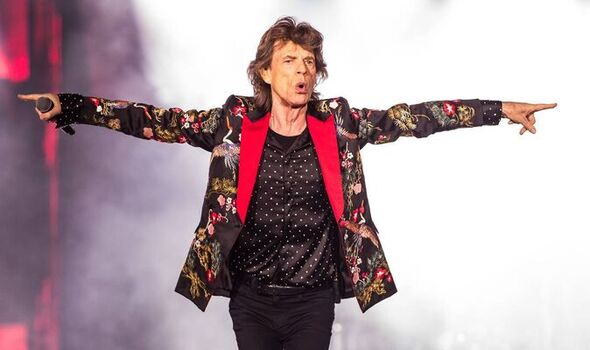 Sally Arnold looked after Jade Jagger, who Rolling Stone Mick had with wife Bianca, from birth until she was five months old. Writing in her new memoir, Sally says: “Strangely, Mick spoke the Queen’s English in private and with only a couple of people around.”

“But the minute there were more or he was on the phone, he’d switch to the sort of Mockney accent we all know today.”

She said an example was when Sir Mick phoned one of her former employers for a reference prior to being given the job.

Sally wrote: “She told me recently that she was so surprised when he called because he didn’t give his name and spoke to her in a rather uncouth way, and she wondered, how can Sally work for somebody who speaks like that?”

Mick’s accent has been questioned before. In Philip Norman’s biography of the star in 2012, friends such as Chrissie Shrimpton, who was Jagger’s first serious girlfriend, cast doubt on its authenticity.

She assumed his mockney accent came from his Dartford upbringing — until she met his parents, and found they both spoke with received pronunciation.

In Rock N Roll Nanny, she says she enjoyed working for the rocker and his wife.

Sally wrote: “My impression was how normal Mick and Bianca seemed. He was very attentive, pouring tea, carrying and fetching things for her,” she says.

“She was so beautiful. I had never seen a woman with such perfect skin, teeth, hair, figure – everything.”

After working as a nanny for the Jaggers, Sally went onto become the tour manager for the Rolling Stones, The Who, Mike Oldfield and Peter Gabriel.

Now retired, she lives in Totnes in Devon. Bianca divorced Sir Mick in 1979.