Follow
Home » Science » Adults are more generous when children are around, study finds

Sharing is caring! Adults are more generous and twice as likely to donate to charity when children are present, study reveals

The presence of children makes adults twice as likely to donate to charity and increases their feelings of compassion, a study has found.

In real-world studies on the streets of Bath, researchers found that when there were very few children around an adult donated to a charity once every ten minutes.

But when youngsters were milling around the streets, the number of donations to Bath Marrow – which supports people with blood cancer – doubled. 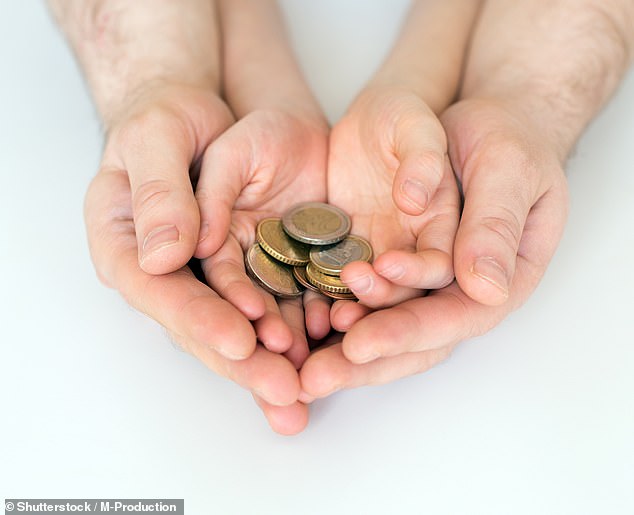 In real-world studies on the streets of Bath, researchers found that when there were very few children around an adult donated to a charity once every ten minutes. This doubled when children were milling around (stock)

Researchers at the University of Bath and Cardiff University examined how the presence of children influenced the behaviour of children.

The study, which included eight experiments and more than 2,000 participants, asked adults to describe what typical children were like.

After doing this participants showed more feelings of helpfulness, social justice, and greater empathy with other adults.

In a field study, researchers found adult passers-by on a shopping street in Bath were more likely to donate to charity when more children were around relative to adults.

When no children were present and all passers-by were adults, roughly one donation was made to the Bath Marrow charity every 10 minutes.

But when children and adults were equally present on the shopping street, this doubled to two donations per 10 minutes.

Dr Lukas Wolf, from the Department of Psychology at the University of Bath, said: ‘While previous evidence has shown that we are typically more helpful and empathetic towards children, no research has been done to date to examine whether the presence of children alone encourages us to be more pro-social towards others in general.

‘Our research addresses this gap by showing that the presence of children elicits broad pro-social motivation and donation behaviour towards causes not directly related to children.’ 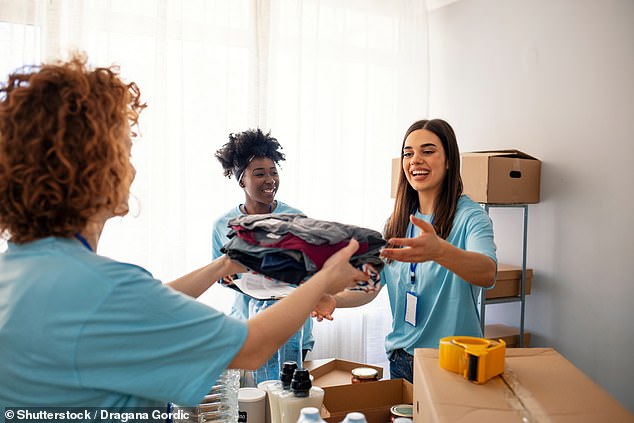 The study, which included eight experiments and more than 2,000 participants, asked adults to describe what typical children were like. After doing this participants showed more feelings of helpfulness, social justice, and greater empathy with other adults (stock)

Humans have at least six distinct emotions including pain, anger, fear, pleasure, sadness and joy that can be conveyed within our screams, a new study reveals.

Scientists from the University of Zurich had 12 volunteers scream in a positive and negative way and try to convey sounds relevant to various different scenarios.

In some non-human species scream-like calls are negative, to warn of danger, but in humans they can be used to signal elation, fear, despair or even aggression.

The team also found that remarkably, non-alarming screams are perceived and processed by the brain more efficiently than screams of alarm.

Researchers say the increase in donations could not be accounted for by higher footfall during busy times, or whether donors were accompanied by child or not.

Instead, they suggest the presence of children can encourage adults to behave more generously and donate more often.

The effect was evidence among both parents and non-parents, men and women, younger and older participants, and even those who had relatively negative attitudes towards children.

Dr Wolf said this potential for widespread effect is important as it indicates society should consider new ways to involve children more directly in various aspects of life.

‘Our findings showing the importance of children for compassionate behaviour in society provides a glimpse of a much bigger impact,’ he said.

‘Children are indirectly dependent on how adults behave towards each other and towards the planet.

‘Yet, children are also separated from many adult environments, such as workplaces and from political bodies where important decisions affect their futures.

‘The finding that the presence of children motivates adults to be more compassionate towards others calls for more integration of children in contexts where adults make important long-term decisions, such as on climate change.’

Researchers will now study the nature of the effect of children and its consequences for society and the planet.

The study is published in the journal Social Psychological and Personality Science.

adults, are, Generous, More, When
You may also like: