Alarm as 250 whales found stranded on beach in tragic incident

Experts have sounded alarm bells after nearly 500 whales have been reported to have beached themselves in the Chatham Islands in New Zealand, warning that they likely won’t survive. 250 pilot whales were found to have beached themselves, at Pitt Island, just days after over 215 whales died after being stranded at the northwest corner of Chatham Island. Marking one of the species’ worst recorded stranding events, experts have warned that these 250 have almost no chance of surviving. In comparison, according to official figures, about 300 animals beach themselves in New Zealand annually, although it is not uncommon for groups between 20 and 50 pilot whales to run themselves aground.

Massey University marine ecologist Professor Karen Stockin, warned that the chances of survival among these whales were “nil to none”.

She said: “Pitt Island has only got one [Department of Conservation] ranger there, and they are trying to mobilise some of the team from Chatham Island in response.”

When contacted by the New Zealand Herald for comment, a DOC spokesperson said it was dealing with a “mass stranding” at Pitt Island, and had sent over a team to “assess and handle the situation”.

The body previously said that it doesn’t actively refloat whales stranded on the island,  due to the risk of shark attacks to people and the whales. 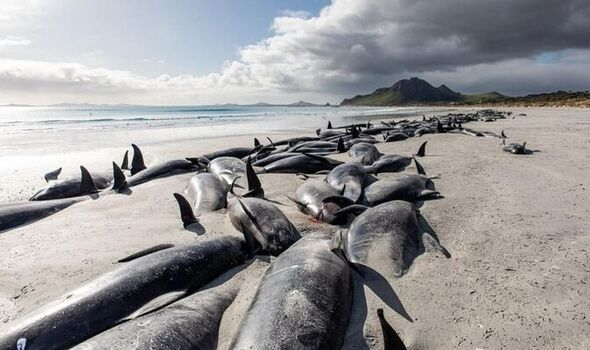 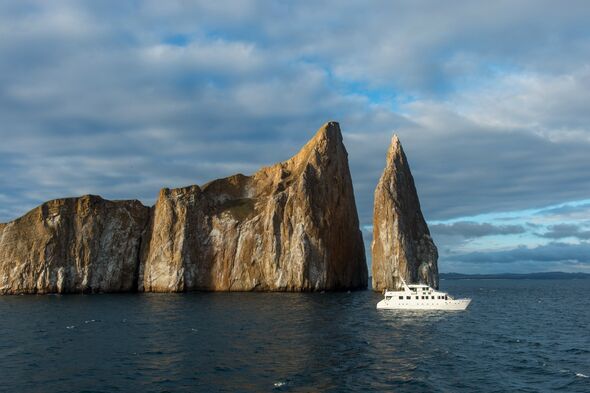 Prof Stockin said: “We’re talking about harsh conditions, a very small number of staff and few residents: this really is a case of assessing if any are still alive and likely to end in euthanasia again.”

Project Jonah, a not-for-profit organisation that helps rescue animals and protects marine mammals, tweeted: “It’s been a full-on weekend with the mass stranding on the Chatham Islands, multiple calls about possible whale and dolphin strandings in Tāmaki Makaurau, a Leopard seal event in Timaru that required police intervention and a few phone calls about seals in precarious places.”

The group described the remote islands, which are home to fewer than 800 people – as a “challenging spot” to mount rescues. They added stranding events are “not uncommon” in the islands, with the largest recorded event involving an estimated 1000 whales in 1918.

In a series of tweets, they wrote: “This week we thought we’d share how we prepare for the increase in strandings and callouts for Project Jonah over the summer months.

“The first way we prepare is having the right equipment available. We have 7 trailers based strategically around the country ready to respond to strandings. From our oldest in Kerikeri to our newest in Christchurch, these are geared up and ready to roll.

“Filled with buckets, sheets, towels, shovels + first aid kits and our specialised equipment including dolphin lifting mats, lifting strops and our inflatable pontoon sets. Each trailer is audited, serviced annually and can be readily hooked up and mobilised to where needed.”

Experts note that it is still a mystery why these strandings occur, and why they sometimes coincide with similar strandings in southern Australia.

Pilot whales, are highly sociable, so it is possible that these creatures, that grow to over six metres long, could be following their podmates who stray into danger. 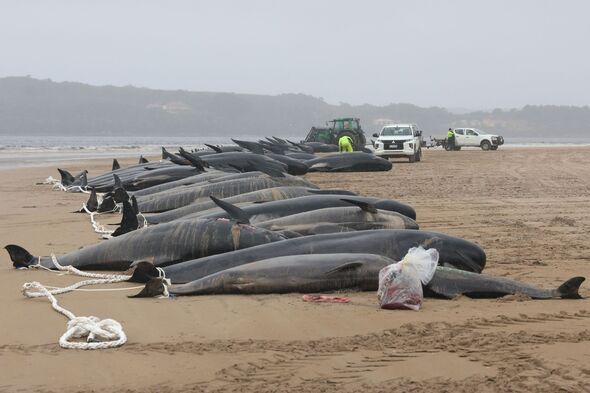 Prof Stockin said: “This time of year is the beginning the stranding season and I find it really interesting that the patterns we see in South Australia and some of our offshore islands are very much closely aligned. That in itself is a really interesting part of the work that needs to be done.”

She noted that this event, which made for “one of the largest stranding events for this species, in New Zealand and globally” could have a “significant” impact on local populations.

She said”The amount of loss to the population is significant. What it means for population fitness and viability, we don’t know, and there hasn’t really been a great deal of work done.”

Fellow Massey researcher Dr Emma Betty added that predicting these impacts was challenging “especially when dealing with a population for which limited biological information is available”.

“We do not have a good understanding of the current size of the long-finned pilot whale population in New Zealand waters, but some of our recent work has provided estimates of key reproductive parameters.”