Alpine parrot may have fled to mountains to avoid people: study

Bird brain! Alpine parrot may have fled to the mountains to avoid people, study says

Keas, a species of large parrots found in New Zealand’s alpine regions, may have fled there to get away from humans, a new study suggests.

The research notes there is evidence that the birds have adapted the area as their home because it was an area that has largely been untouched by humans.

Study co-author and University of Otago associate professor Michael Knapp openly wondered ‘if kea use the alpine zone as a retreat from human activity, then what other options do they have if the alpine zone disappears?’ asked in a statement.

The alpine zone has experienced significant change in recent years, due to global warming, according to the New Zealand Plant Conservation Network.

It’s possible the kea may use the forests more, potentially putting them at odds with its sister species, the kākā, but at this point, the researchers just don’t know.

‘It is important to know how alpine species will respond to climate warming so the best conservation decisions can be made to protect them, that is particularly true in isolated island environments with very limited opportunities for species to go anywhere else,’ Knapp added. 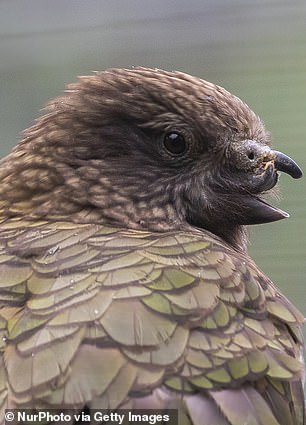 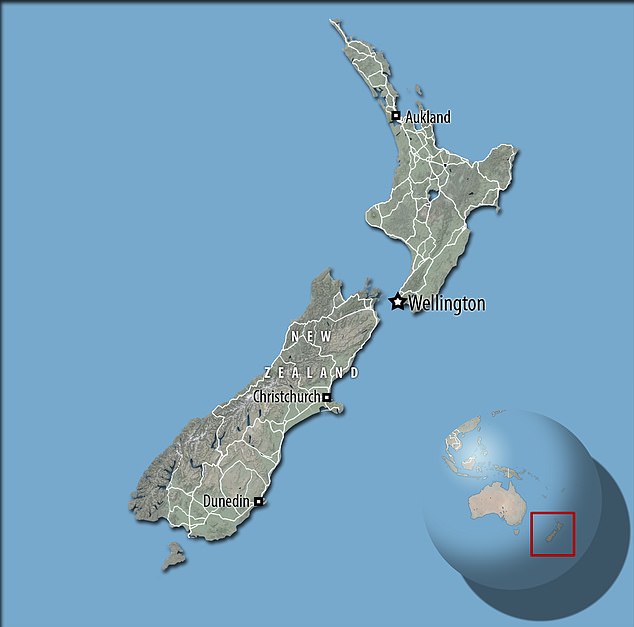 Keas and Kākās are both found on New Zealand. Some estimates put the kea population between 3,000 and 7,000, while Kākās may number less than 10,000

Keas are known for their olive-green bodies and orange feathers under their wings. They also have a gray long, narrow curved gray beak.

Kākās are another type of parrot also found in New Zealand, albeit primarily in the forests of the island country.

Keas, which have wingspans approaching 3 feet long and are roughly 19 inches in length, have adapted well to the changing climate, but they are not out of the proverbial woods just yet. 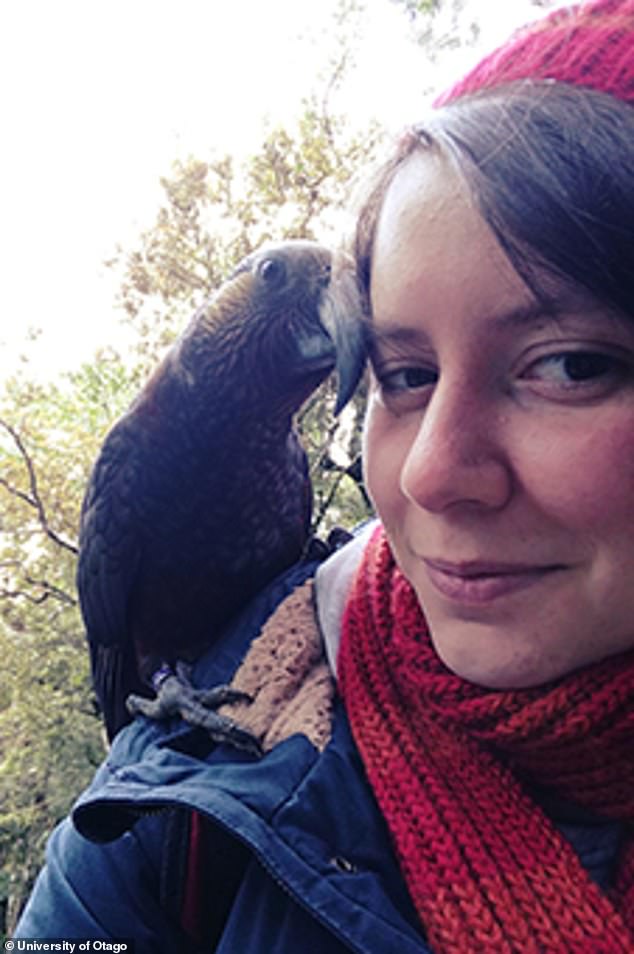 The study’s lead author, Denise Martini (pictured) along with a kākā

To find out how both species might deal with a warming climate, the researchers looked at their histories.

It is estimated there are between 3,000 and 7,000 keas in New Zealand, according to the country’s Department of Conservation.

Conversely, there are believed to be less than 10,000 kākās left, according to experts.

The study’s lead author, University of Otago PhD candidate Denise Martini said the findings are just ‘the tip of the iceberg’ on what researchers can gain by observing the two birds evolution.

‘Unfortunately, when it comes to conservation decisions we are often forced to invest in short-term ’emergency’ solutions, and it is rare for researchers and conservation practitioners to have the opportunity to really look into prospects for the long-term survival of a species,’ Martini said.

Martini continued: ‘Making those kinds of predictions in a changing environment requires the sort of in-depth knowledge that is simply not available for a lot of species at immediate risk of extinction. I am hopeful that with the help of new emerging technologies and increased public awareness on environmental matters we will be able to get past the limitations we have now.’

The findings were published earlier this month in the scientific journal Molecular Ecology.

Alpine, fled, have, May, Parrot, to
You may also like: