Analysis of 500 sourdough starters reveals what makes the perfect laof

The key ingredient that may be RUINING your sourdough: Acetic acid can cause bread to taste vinegary and prevent it from rising, analysis of 500 starters suggests

With the UK now in its third lockdown, many bored Britons have spent their time cooped up at home refining their baking skills.

One of the most notoriously difficult things to bake at home is sourdough bread, due to the fact that it relies on a ‘starter’ – a live culture of flour and water.

If you’re struggling to perfect your sourdough starter, help is at hand, as scientists have analysed 500 samples to understand what makes the perfect starter.

The findings indicate that starters containing acetic acid – a common ingredient used in over a quarter of recipes – tend to result in more vinegary dough that doesn’t rise as well as those without. 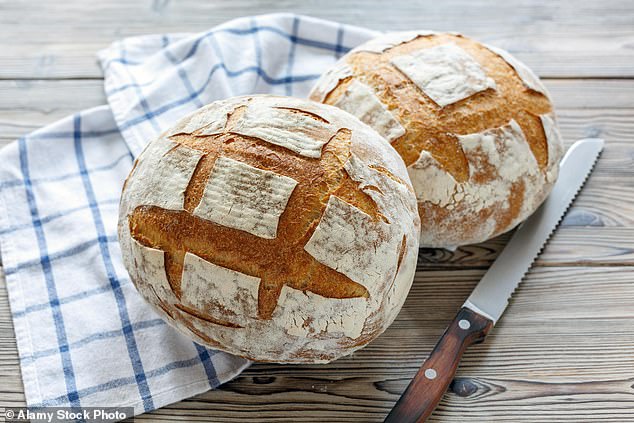 One of the most notoriously difficult things to bake at home is sourdough bread, due to the fact that it relies on a ‘starter’ – a live culture of flour and water

WHAT IS SOURDOUGH BREAD?

Sourdough is naturally leavened bread, which means it doesn’t use commercial yeast to rise.

Instead, it uses a ‘starter’ – a fermented flour and water mixture that contains wild yeast and good bacteria – to rise.

Wild yeast has more flavour than commercial yeast, and is natural in the sense that it doesn’t contain any additives.

In the study, researchers from North Carolina State University analysed hundreds of sourdough starters, in the hope of understanding how different microbes influence a sourdough.

Dr Erin McKenney, assistant professor of applied ecology at North Carolina State University, and co-author of the study, said: ‘We didn’t just look at which microbes were growing in each starter.

For the study, the team collected samples of 500 sourdough starters from home bakers in the US, Europe, Australia, New Zealand and Thailand.

The researchers performed DNA sequencing on all 500 samples, before whittling it down to 40 starters that represented the diversity seen in all submissions.

Those 40 starters were then assessed in three ways.

Firstly, the starters’ aroma profiles were analysed by a team of sensory professionals, before the researchers performed a chemical analysis of volatile organic compounds being released.

Finally, the team measured how quickly each of the 40 starter doughs rose. 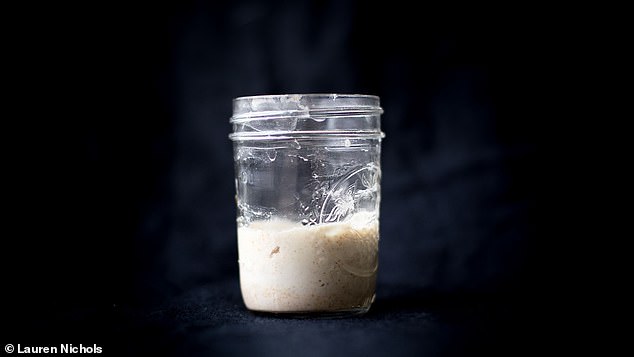 The analysis revealed that starters that contained acetic acid bacteria had a vinegary smell, and were slower to rise

The results revealed that while many bakers claim San Francisco has the best sourdough bread, geography does not appear to play a role in the effectiveness of sourdough starters.

Elizabeth Landis, a PhD student at Tufts University, and co-lead author of the study, said: ‘This is the first map of what the microbial diversity of sourdoughs looks like at this scale, spanning multiple continents.

‘We found that where the baker lives was not an important factor in the microbiology of sourdough starters.’

The researchers were also surprised to discover that 29.4 per cent of the samples contained acetic acid bacteria, which was found to play a key role in shaping both the aroma of the sourdough, and how quickly it grew.

Benjamin Wolfe, an associate professor of biology at Tufts University and co-author of the study, said: ‘The sourdough research literature has focused almost exclusively on yeast and lactic acid bacteria.

‘Even the most recent research in the field hadn’t mentioned acetic acid bacteria at all. We thought they might be there to some extent, since bakers often talk about acetic acid, but we were not expecting anything like the numbers we found.’

Specifically, starters that contained acetic acid bacteria had a vinegary smell, and were slower to rise.

Other surprising findings were the variations on yeast within the samples.

About 70 per cent of the starts contained Saccharomyces cerevisiae (baker’s yeast), while the other 30 per cent contained more unusual varieties.

Benjamin Wolfe, an associate professor of biology at Tufts University and co-author of the study, said: ‘I think it’s also important to stress that this study is observational — so it can allow us to identify relationships, but doesn’t necessarily prove that specific microbes are responsible for creating specific characteristics.

‘A lot of follow-up work needs to be done to figure out, experimentally, the role that each of these microbial species and environmental variables plays in shaping sourdough characteristics.’