Apple announced Wednesday that dozens more of its suppliers have agreed to use renewable energy for the work they do for the Cupertino, California-based corporation, bringing a total of more than 9 gigawatts of clean energy onto power grids.

That will eliminate more than 18 million metric tons of carbon dioxide annually, the company said in a statement, the equivalent of taking more than 4 million cars off the road each year.

In all, 175 suppliers have taken the pledge this year, an increase of 250 percent from the 70 suppliers who agreed to use clean energy in 2020.

It’s part of the iPhone maker’s campaign to make its sprawling global supply chain carbon-neutral by 2030, and make every Apple device sold have a net-zero climate impact.

‘Every company should be a part of the fight against climate change, and together with our suppliers and local communities, we’re demonstrating all of the opportunity and equity green innovation can bring,’ said Apple CEO Tim Cook in the release.

‘But time is not a renewable resource, and we must act quickly to invest in a greener and more equitable future.’

To be considered having ‘net-zero’ climate impact, companies must commit to using renewable energy sources, such as solar or wind power.

Apple now has suppliers on the program in 24 countries in Europe, Asia and the Americas. 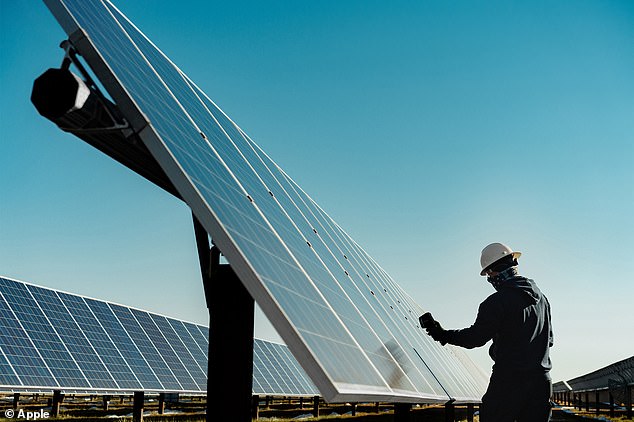 Among the newer recruits is SK Hynix, a memory-chip maker and one of the first South Korean firms to join Apple’s program.

STMicroelectronics, a top supplier of sensors and other chips in iPhones, has also joined the agreement.

Apple said the French-Italian firm, one of 19 partners in Europe, has started nine new renewable energy projects since committing to the program.

‘One of the things that comes along with this is building a core of businesses in different markets on different grids who are demanding clean energy,’ Lisa Jackson, Apple’s vice president of environment, policy and social initiatives, told Reuters. ‘That’s helpful to policy makers.’ 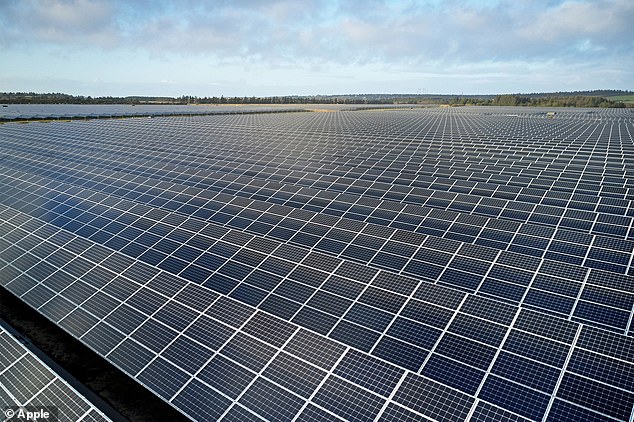 Apple previously signed major suppliers such as Taiwan’s Foxconn and Taiwan Semiconductor to a clean-energy pledge in 2019.

Over the past five years, Apple said it has reduced its carbon emissions by 40 percent. 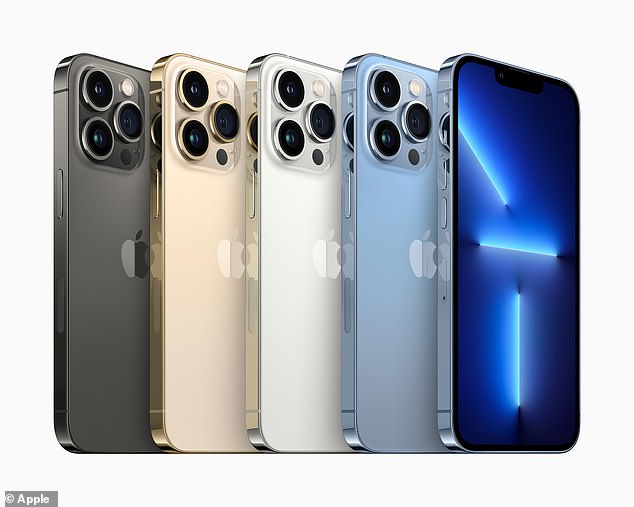 Apple has set a goal of making every iPhone, Mac and other device it produces have a net-zero climate impact by 2030

Formed by six Sioux tribes in the western U.S., the Oceti Sakowin Power Authority is partnering with Apple to create a large-scale wind-power development in the Midwest.

‘For too long, the communities most impacted by climate change haven’t had a seat at the table. That has to change, and we’re committed to being part of that change,’ Jackson said in a statement.

adds, Apple, clean, suppliers, to
You may also like:

Biden hits back in plot to ‘squeeze’ Putin out of EU: ‘Russia has a problem!’

Ostrich-like creature from 205 million years ago was a NIBBLER