Struggling to get to grips with your new iPhone? Apple launches free virtual sessions to learn the basics of using devices including iPhone, iPad and Mac

Apple has launched a new series of ‘virtual sessions’ for people that need a little extra help with their new iPhone, iPad or Mac to teach the basics.

The free sessions are designed to replicate some of the in-person sessions the tech giant used to operate at its stores, but no longer can due to coronavirus lockdown.

‘Together live with Apple Creatives, you’ll explore hardware, settings and ways to stay productive,’ the firm said when describing what will be involved. 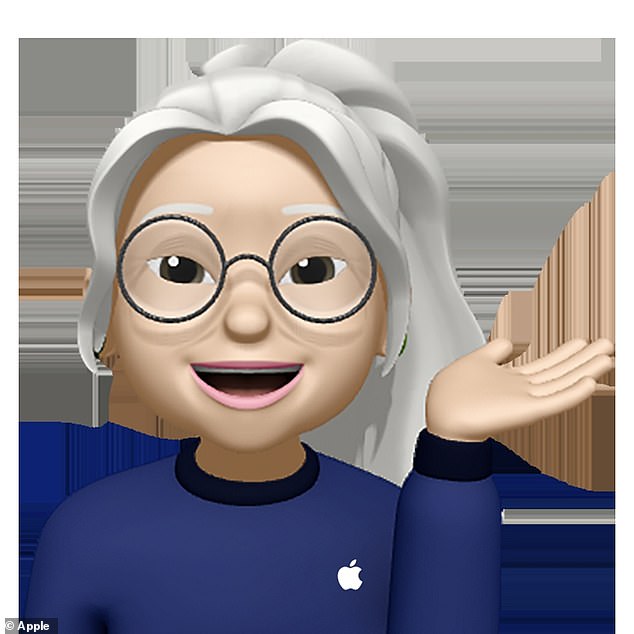 Apple has launched a new series of ‘virtual sessions’ for people that need a little extra help with their new iPhone, iPad or Mac to teach the basics 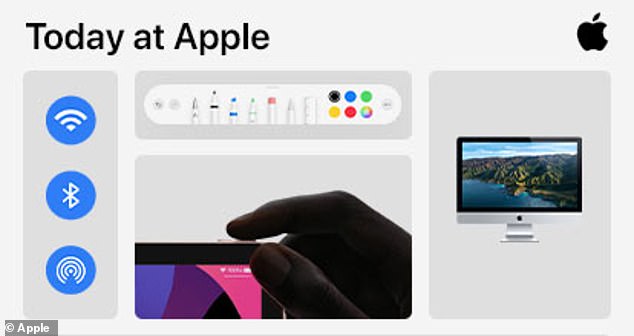 The free sessions are designed to replicate some of the in-person sessions the tech giant used to operate at its stores, but no longer can due to coronavirus lockdown

The sessions are ‘great for those who are new to their device or who have recently upgraded and want to learn more,’ an Apple spokesperson said.

Apple says they will cover the latest features and share a few of their ‘favourite tips’ as part of the regular sessions, covering the major devices the firm makes.

The three different types of sessions will span iPhone, iPad, and Mac, available between now and September.

They will run using the Webex streaming platform, allowing users to join the sessions from the comfort of their own home, available to sign up from today.

The live events will allow guests to ask questions to be answered by the Apple team.

These sessions were launched earlier in the year to show off the latest features of Apple’s various devices and ‘inspire creative activities’.

The blurb for Today at Apple says: ‘Join Creative Pros from Apple Store locations all over the world for quick and fun projects they put together in their homes, so you can get creative in yours.’ 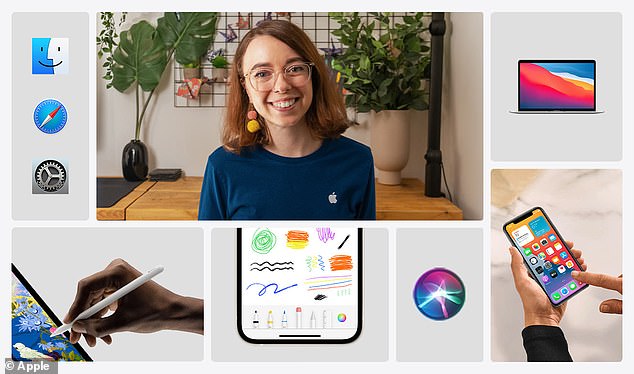 ‘Together live with Apple Creatives, you’ll explore hardware, settings and ways to stay productive,’ the firm said when describing what will be involved

Among Today at Apple videos already launched include creating seamless transitions and infinite video loops in the Clips app.

Another involves ‘getting creative’ with iPhone portrait mode photos by learning how to manage surroundings to ‘create unexpected portraits’.

The dates and times of the Apple core skill virtual sessions will depend on your location, but are available for iPhone, iPad and Mac, with sign language interpreters available for some of the online lessons.

‘You’ll learn how to navigate your device and customise your settings. We’ll take you through the latest features of iPhone and share a few of our favourite tips.’

Apple, free, launches, SE, virtual
You may also like: