Follow
Home » Science » Apple Watch Series 7 review roundup: Is it worth the $399?

Apple Watch Series 7 review roundup: Is it worth the $399?

Apple Watch Series 7 review roundup: Bigger face and a new look, but is it worth paying $399?

Apple Watch Series 7 reviews hit the internet on Wednesday, with the large majority of them calling attention to the larger watch face and more durable design.

By and large, the reviews were positive on Apple’s latest smartwatch, with some heaping praise on the faster charging and stronger, more durable design, even if they felt like it was a ‘slightly better’ version of last year’s Apple Watch Series 6.

Last month, the tech giant showed off the new watch, which has a new look from its predecessor. 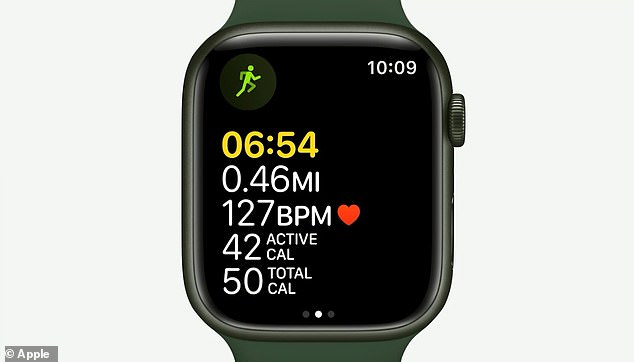 It has more narrow boarders around the face that allow for a near all-screen display -making it 20 percent larger than the Series 6.

The tech giant boasts that this device is its ‘most durable Apple Watch ever, with a stronger, more crack-resistant front crystal.’

The Series 7 is also the first to include an IP6X certification for resistance to dust and maintain a WR50 water resistance rating.

Apple Watch Series 7 starts at $399 and will be available in stores starting October 15.

Here are several of the top reviews on Apple’s iPhone 13. 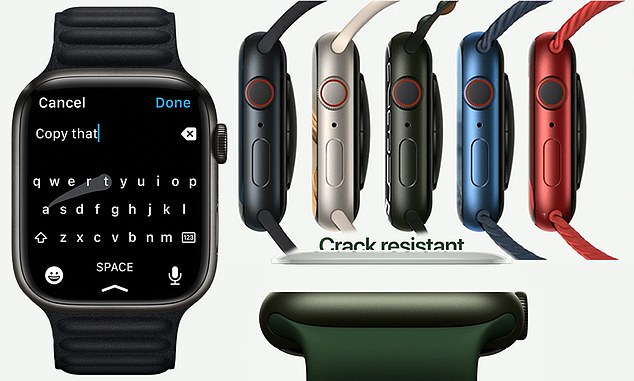 The Wall Street Journal’s Nicole Nguyen said the watch is ‘slightly better’ than its predecessor, noting it does not have new health sensors and the same 18-hour battery life, but it’s worth a purchase.

These incremental refinements add up to a better—though not significantly better—watch experience,’ Nguyen wrote.

‘If you liked the Apple Watch before, you’re going to like this one. If you weren’t already convinced you needed a $399 wrist computer, the Series 7 probably won’t convert you.

But if you’re an iPhone user thinking about your first smartwatch, you’ll want to consider this.’

Nguyen said the Apple Watch SE is a better deal for budget-conscious shoppers, but the Series 7 is the best watch to get right now.

‘The Series 7 is the best Apple Watch you can buy right now, but if you already have a 5 or 6, maybe hold off until next year for additional health capabilities,’ she added.

CNet reviewer Lisa Eadicicco also called it a ‘slightly better’ version of the Series 6, but appreciates the larger screen compared to past models.

‘The Apple Watch Series 7 stands out for its bigger screen, despite the fact that progress in the tech industry is usually synonymous with making gadgets smaller, lighter and more compact,’ Eadicicco wrote.

However, the reviewer said the Series 7 does not have a ‘generational upgrade’ like other past versions, though this is not a ‘snub against it.’

‘The Series 7 feels more like a refined version of a watch we already love — the Series 6 — rather than a major upgrade,’ Eadicicco wrote.

‘And since it’s the same price as its predecessor, the Series 7 is a promising option for first-time Apple Watch buyers or those upgrading from an older watch.’ 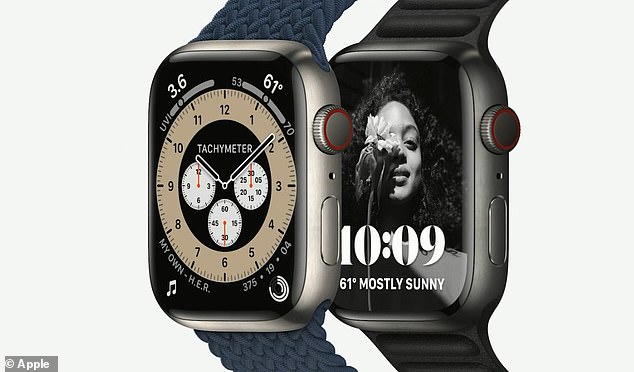 The tech giant boasts that this device is its ‘most durable Apple Watch ever, with a stronger, more crack-resistant front crystal’

TechCrunch reviewer Brian Heater was impressed with the bigger screen and the faster charging capabilities over previous versions.

‘The biggest day to day change … is the addition of a full QWERTY keyboard for text input, either by tapping or sliding between letters with QuickPath,’ Heater wrote.

‘I’m surprised at how well both worked on the small screen. As soon as you open up the application, an “Apple Watch Keyboard Input” notification will pop up on your connected iPhone, asking if you’d like to input the text on iOS.’

He notes the USB-C charger is 33 percent faster than the Series 6 charger, giving users an 80 percent charger in 45 minutes.

‘What that means in practical terms is a full night’s charge in less than 10 minutes,’ Heater added. ‘So if you’re strategic about charging, you can effectively wear it day and night.’

The Verge’s reviewer Dieter Bohn called the improvements over last year’s model ‘nice’ but not enough of a reason to upgrade from the Series 6.

‘If you’ve been waiting for some key feature before buying your first Apple Watch, I don’t know that it’s here, either.’

However, the larger screen and faster charging are welcome adds.

‘The Apple Watch is in a class entirely of its own right now. Nothing else is as good for iPhone users and nothing like it is available for Android users.’

Yahoo Finance editor Daniel Howley penned that the Series 7 should be thought of as Apple ‘honing a product that was already the best on the market, rather than a completely reinvented Apple Watch.’

‘I’ve been wearing a 44-mm Series 6 for the last year virtually every day, because I’ve become irredeemably obsessed with tracking my activity, and while the Series 7’s 45-mm panel is visibly bigger, it’s not an overwhelming difference,’ Howley wrote.

‘What is striking is how much larger text looks overall compared to the Series 6.

‘If you’ve got a 38-mm or 42-mm Series 3, the Series 7’s bigger display sizes are a massive improvement. It’s a completely different user experience, with apps taking up far more real estate, making them much easier to see and navigate.’