Maritime archaeologists in Northern Germany have found a ship’s wreckage at the bottom of a river that has shocking escaped decay for four centuries. They noted that the cargo vessel did not capsize; rather, it “sank almost standing.” They found that the ship had avoided disintegrating due to decay from ravenous shipworms, which was generally the fate of this ship’s contemporaries.

In fact, the vessel still holds the barrels of lime that it was transporting for the stone building industry 400 years ago.

The ship was from the Hanseatic period, which is when a group of northern European trade guilds dominated the Baltic and North seas from the 13th to 17th centuries.

Given that wood quickly rots away in this region, it’s very rare to find sunken remains from this period.

But the researchers believe that this ship was able to evade decay because soon after sinking, it was swallowed up and encased by a layer of fine mud carried there by the river Trave. 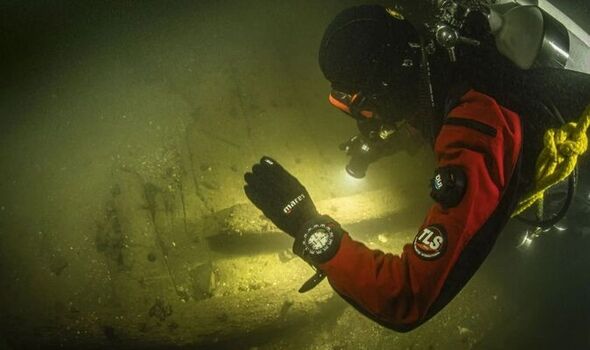 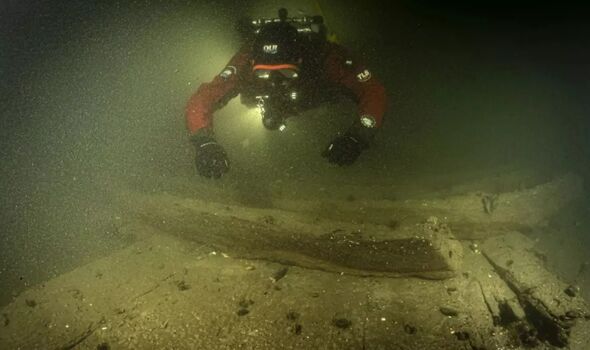 The wreckage of the vessel was first discovered in 2020 during a routine sonar survey by authorities studying the navigable channel in Trave.

The remains lay about 36 feet underwater on the outer, saltwater stretch of the river, between the city of Lübeck and the port of Travemünde at its mouth to the Baltic Sea.

Fritz Jürgens, the lead maritime archaeologist on the project believes that the sunken ship may have been a galliot, which is a single-masted cargo ship commonly found during this period,

Speaking to Live Science, he estimated that the vessel was between 66 to 82 feet long. 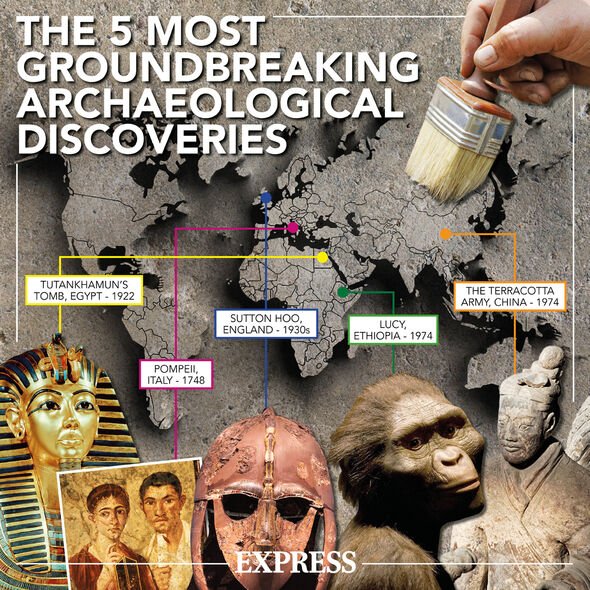 The Hanseatic period was a time when towns and guilds across Northern Germany and elsewhere in Europe formed a powerful bloc known as the Hansa, that dominated trade in the Baltic and the North Sea.

Dr Jürgens, the lead maritime archaeologist on the project and assistant chair of protohistory, medieval and postmedieval archaeology at Kiel University in Germany, believed that a protective layer of mud prevented the vessel from being ravaged by Teredo navalis, a type of saltwater clam called “shipworm” that rapidly eats submerged wood.

These creatures quickly disintegrate the wooden wreckages in the Western Baltic region, but do not exist in the East.

As a result, wooden ships from centuries ago rarely survive to be preserved after sinking in the western region. 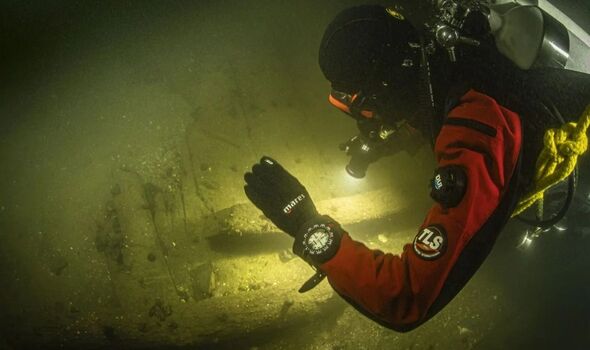 The researchers also found about 150 barrels of quicklime onboard, which was likely the cargo that the vessel was carrying, and is a crucial ingredient in construction.

Dr Jurgens said: “The source for this would have been Scandinavia — in the middle of Sweden or in the north of Denmark.

“We know that this cargo was coming from there, most likely to Lübeck because northern Germany has no big sources of limestone.”

Another reason why this discovery fascinated researchers is the heavy cargo it was transporting. 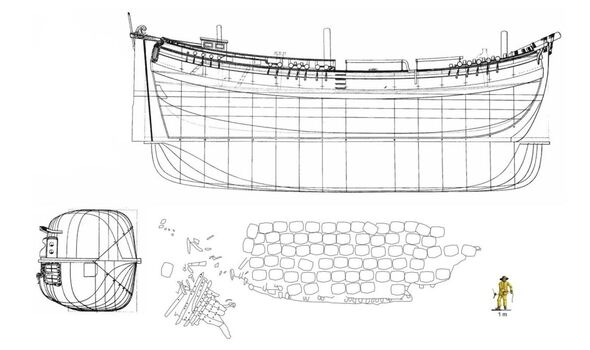 Manfred Schneider, the head of Lübeck’s archaeology department and a leader on the project to salvage the ship told Live Science: “There are still about 70 barrels in their original location on the ship, and another 80 barrels in the immediate vicinity.

“The ship therefore sank almost standing and did not capsize.

“We have something like a time capsule that transmits everything that was on board at that moment.

“It throws a spotlight on the trade routes and transport options at the end of the Hanseatic period.”