Follow
Home » Science » Archaeology: How ‘the most significant’ biblical texts were hidden for thousands of years

Some archaeologists have described the Silver Scrolls of Ketef Hinnom as the greatest discovery for biblical studies. Uncovered in the Hinnom Valley in 1979 by a team of Israeli archaeologists, the Silver Scrolls contain inscriptions with some of the oldest known text in the Hebrew Bible. The scrolls have been dated to between 650 BC and 587 BC, making them older than the Dead Sea Scrolls.

Penned in Paleo-Hebrew, their faded inscriptions match passages in the Book of Exodus and Deuteronomy, among others.

However, the scrolls were lost nearly 3,000 years ago and remained hidden from all knowledge under a collapsed cave southwest of the old city of Jerusalem.

According to Professor Tom Meyer, a Professor of Bible and Theology from Shasta Bible College and Graduate School in California, the scrolls were found thanks to a stroke of luck.

Professor Meyer told Express.co.uk: “In 1979 a team of Israeli archaeologists led by Dr Gabriel Barkay were surveying rock-hewn burial chambers in the Hinnom Valley just outside the walls of Jerusalem on the ancient route from Jerusalem to Bethlehem. 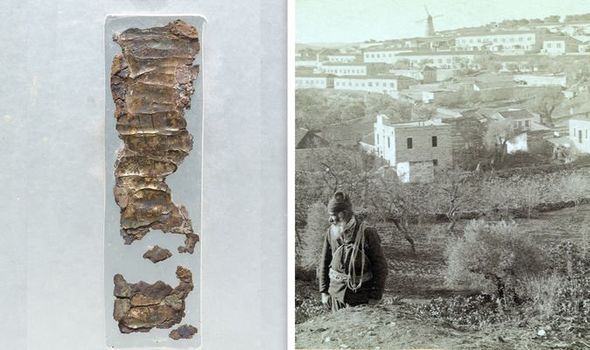 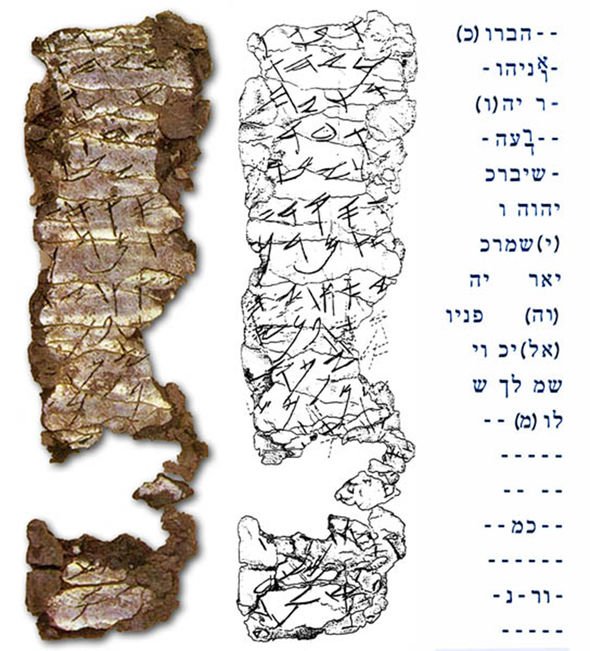 “What was discovered is one of the most significant biblical

discoveries ever made: the oldest Bible text ever found.”

After an initial survey of what is known as Cave 24, the archaeologists determined it was empty.

What they did not realise at the time, was the collapsed cave had buried biblical treasures dating back to the First Temple of Jerusalem period.

Professor Meyer said: “A local 13-year-old boy who had been tagging along with the team of archaeologists stayed back and did what most 13-year-old boys might do: he found a tool and started digging in the ground of burial chamber 25 in cave 24. 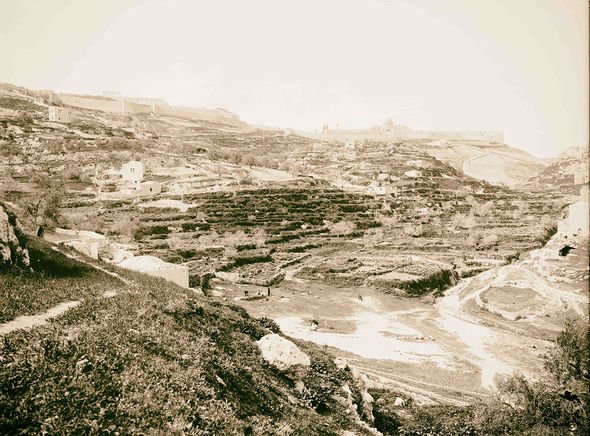 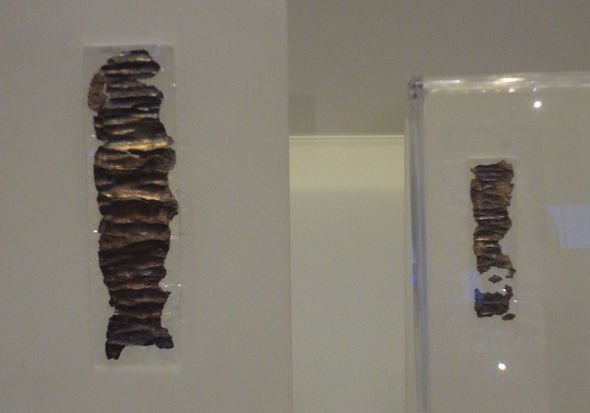 “At the time the archaeologists hadn’t realized that an earthquake occurred some 2600 years ago causing the cave’s ceiling to collapse and the remains of whoever inhabited the cave to remain in situ on the floor, frozen in time for 2,600 years.

“The boy dug a small hole and hit paydirt. He brought some of the unearthed objects to the archaeologists who soon conducted an excavation of the burial chamber.

“Among the most spectacular finds were two silver objects measuring one inch by four inches and 0.5 inches by 1.5 inches, and are now known as K1 and K2 respectively.

“It took the archaeologists three years to unravel them because of their extremely fragile nature.”

The Ketef Hinnom scrolls are now on display at Israel Museum in Givat Ram, Jerusalem.

Professor Meyer said: “The long process was worth the wait as the silver scrolls, which were probably amulets or charms worn on a necklace, were found to be inscribed with the earliest known surviving text also found in the Hebrew Bible: Numbers 6:24-26.

“This passage recorded in the book of Numbers is called the Priestly Blessing; it begins by beseeching God to bestow physical and spiritual blessings upon his people and to keep or protect them from all evil.

“The prayer continues by asking God to make his face or nature favourable towards the children of Israel and to be kind unto them.

“Finally, the benediction beseeches God to be a source of comfort unto his people and to bless them with peace.”

By dating the scrolls back to the sixth century BC, the scrolls were found to be 400 years older than the famous Dead Sea Scrolls.

Professor Meyer said: “The opening of the brittle scroll clearly revealed a word for word copy of the famous

Priestly Blessing in Numbers 6:24-26 along with portions of other familiar verses in the Torah.

“This is another instance where the findings of archaeology confirm the historical accuracy of the Bible.”