Museum of London Archaeology (MOLA) researchers have completed their excavation of Northamptonshire’s largest Anglo-Saxon cemetery discovered to date. Excavations fully funded by Barratt and David Wilson Homes were conducted over the course of 12 months, in preparation for the construction of a housing development.

This involved the arduous exhumation of 154 burials dating from the Anglo-Saxon period (450 to 1066 AD).

The Anglo-Saxon cemetery is the biggest ever found in Northamptonshire, and it is rare to find both a settlement and cemetery in a single location

The archaeologists have now announced their work at Overstone Gate has resulted in grave goods totalling approximately 3,000 artefacts.

Some of the most exciting discoveries include 150 brooches, 75 wrist clasps, 15 rings and thousands of beads.

Numerous weapons of many kinds were also unearthed, including 15 shield bosses, 40 knives, and 25 weapons, along with domestic objects such as bone combs and cosmetic kits.

JUST IN: Archaeologists discover more than 7,000 gold and silver pieces in Hungary 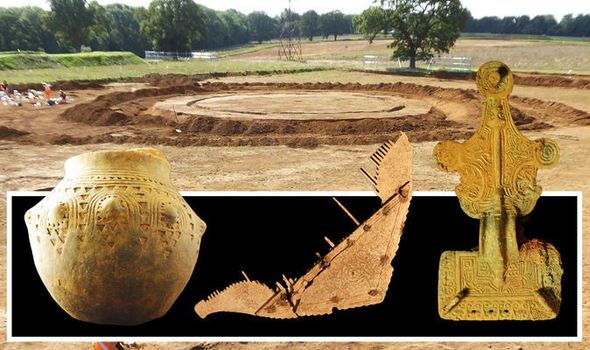 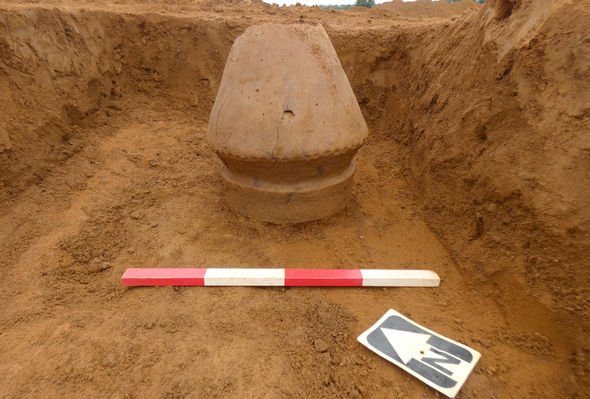 Another eye-catching find was 15 chatelains – decorative belts worn at the waist with a series of chains suspended.

Simon Markus, Project Manager at MOLA, revealed discovering such a wealth of artefacts was incredibly unusual.

He told Express.co.uk: “It’s no surprise that Barratt and David Wilson Homes identified Overstone Gate as a great location to build houses as there is evidence of communities on the site going back nearly 4,000 years.

“The Anglo-Saxon cemetery is the biggest ever found in Northamptonshire, and it is rare to find both a settlement and cemetery in a single location. 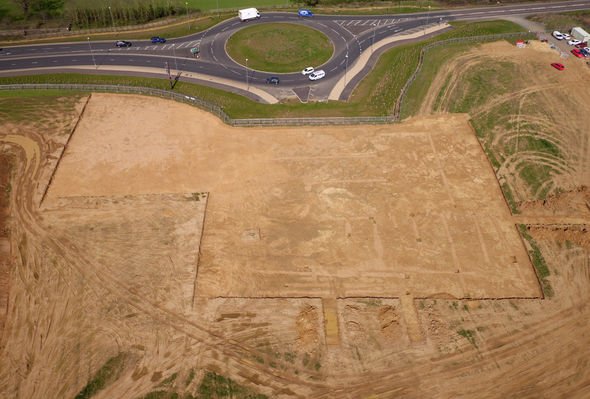 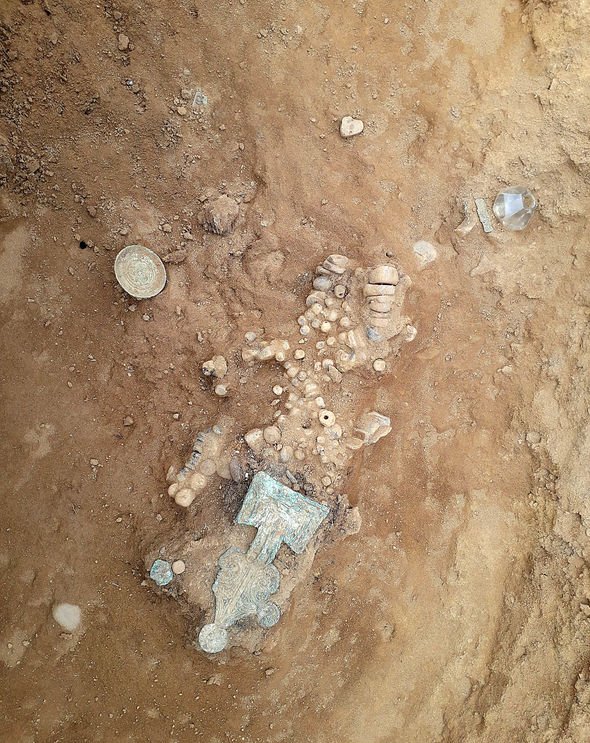 “We also found nearly 3,000 objects across the 15 hectare site, including spectacular jewellery and weapons, as well as everyday items like combs and fragments of clothing.

“The development of Overstone Gate really has provided a wonderful opportunity to learn more about local life in Northamptonshire over the centuries which could otherwise have remained unknown.”

Mr Markus added: “The excavations will help us understand the way people lived in both the Anglo-Saxon period, around 1,500 years ago as well as the Bronze Age, nearly 4,000 years ago.

“The human remains will tell us about diet, health and even the origins of the people themselves whilst their buildings can teach us what their day-to-day lives were like and how they utilised the local landscape in these two different periods.”

The news neatly coincides with the release of the imminent release of a new Netflix film ‘The Dig’, detailing the world-famous discovery of an Anglo-Saxon burial ground in 1939. 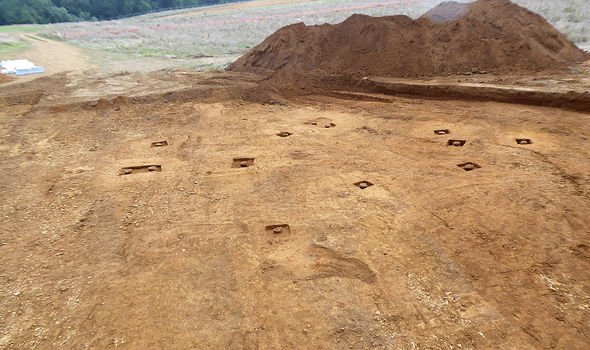 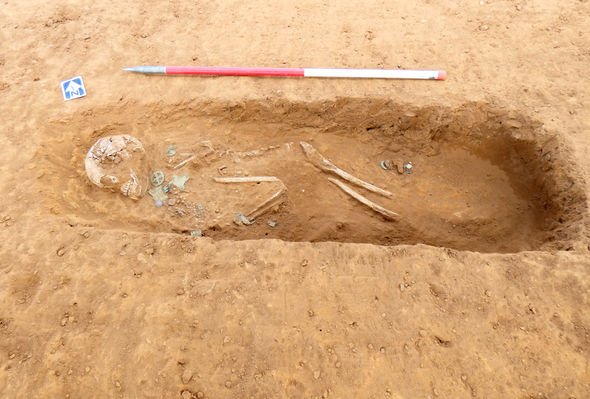 Archaeologists unearthed two early medieval cemeteries dating from the sixth to seventh centuries and the site has been probed ever since.

Sutton Hoo is regarded as one of the most important archaeological finds ever in the UK.

The research revolutionised experts’ perceptions about the Anglo-Saxons, who were, until then, considered to be culturally backwards.