Follow
Home » Science » Artemis launch SCRAPPED: When will NASA send the SLS to the Moon?

Artemis launch SCRAPPED: When will NASA send the SLS to the Moon?

The Artemis I flight hit a roadblock today as NASA engineering crews conducted “troubleshooting” of the SLS’s third engine. Engine 3 was “not properly being conditioned” by cryogenic propellant, which the rocket deliberately bleeds onto the component to create the adequate temperature conditions for ignition. The teams also found a “crack in the thermal protection system material” which led them to call off the launch.

When is the next Artemis I launch?

He said engine 3 did not get the “high accuracy temperature” engineers needed to greenlight the mission.

Mr Nail added that, while the rocket is in a “stable configuration”, crews were “unable to get past the engine bleed that didn’t show the right temperature”. 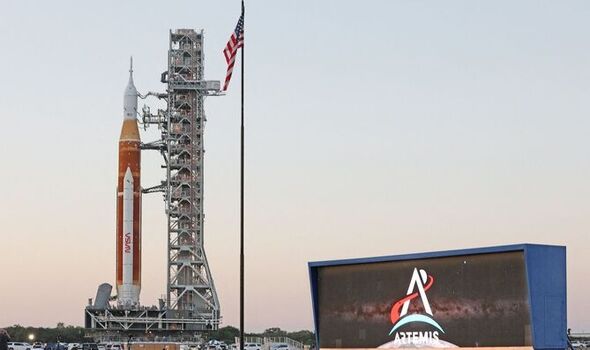 Controllers ran out of time ahead of the two-hour launch window, which commenced at 8.33am EST (1.33pm BST).

Ultimately, Mr Nail said, the launch director decided to call “a scrub for the day.”

Engineers will keep the rocket fuelled and waiting in Florida at the Kennedy Space Centre while they gather data.

Their next available flight opportunity is on Friday, September 2, but NASA has not confirmed whether it plans to take this.

NASA staffers will need time to assess whether the rocket is ready to fly again.

Mr Nail said: “We must wait to see what shakes out from their test data they’re gathering now and the decision that’s to be made by the launch team about where to go from here.”

He said: “You don’t want to launch a candle until it’s ready to go.”

The Artemis I project launch today was due to send the SLS into orbit around the Moon, the first time NASA has embarked on such a mission in 50 years.

The last flight to the Moon was in 1972 when NASA crews aboard the Apollo 17 set foot on the lunar surface.

While today’s flight was due to break a five-decade-long lunar dry spell, it would have differed in several ways from its predecessors.

The Artemis I project hopes to set the stage for an eventual trip to Mars by testing NASA’s most advanced hardware, including the updated Orion craft and SLS launcher.

When it eventually happens, the flight will progress without a crew so engineers can understand if the equipment – namely the Orion capsule – can sustain a six-week trip around the Moon.

If the mannequins manning the Artemis I debut flight safely return to Earth, NASA will prepare for the Artemis II crewed mission in 2024.

A future flight to the Moon will aim to place the first female astronaut on the lunar surface.

NASA hopes the Artemis II and following missions will eventually pave the way for flights to Mars in the 2040s.