Experts at the Beckley Foundation, a think tank and NGO, carried out a study into the use of psychedelic substances for the improvement of mental health. Amanda Feilding, founder and director of the foundation, told BBC Newsnight’s Emily Maitlis how the study could be a breakthrough in the world of mental health science.

She said: “In our previous study, we monitored for six months and for three months it was still very notable improvement.

“But you know, the nature of things… you can’t expect one to two sessions to cure people forever – although some people do have complete remission.

“I think one has to look on it as a treatment which might need re-boosting every now and then because what psychedelics are doing is increasing the neuroplasticity of the brain.

“It’s disrupting the old, fixed, bad patterns and enabling the person to settle into more positive patterns of thought and behaviour for their happiness and wellbeing.” 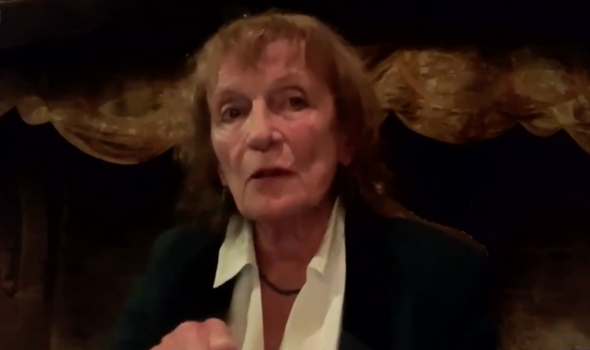 Ms Feilding’s remarks echo those of Paul Stamets, a mycologist who explained how early humans may have eaten psychedelic mushrooms on the African savannah which helped them evolve into modern humans.

The theory, which has been coined as the “Stoned Ape” theory of human evolution, emerged in the 1990s.

The name was developed by American scientists and ethnobotanist Terence McKenna in his 1992 book ‘Food of the Gods’.

In the book, he theorised that climate change in Africa hundreds of thousands of years ago resulted in humans consuming Psilocybe cubensis, more commonly known as magic mushrooms.

Desertification of the African continent forced early primates to venture into the shrinking tropical canopy in search of food. 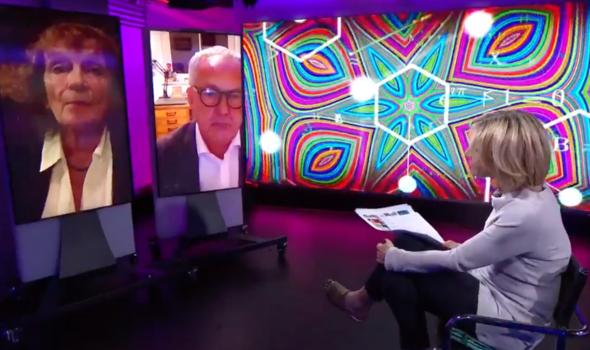 In doing this – mainly tracking animals – the theory says primates would have come across animal dung, the perfect growing grounds for fungi.

Mr Stamets said during the PowerfulJRE podcast in 2017: “The most significant fleshy mushroom growing out of poop in Africa of the hippopotamus, elephant, deer, antelope, is Psilocybe cubensis, a very large mushroom, you’re hungry, you’re with your clan, and 20 minutes later you’re catapulted into this extraordinary experience.

“Psilocybin substitutes serotonin – it becomes a better neurotransmitter, it causes new neurons to form, and new pathways of knowledge.

“It speaks to a mystery that the human brain cavity doubled in size in about two million years. We have a sudden doubling of the human brain and with that our language centres increased our ability to prognosticate, to plan. There’s no explanation for this currently.”