Boeing will send its Starliner astronaut capsule back to space without a crew this Autumn to complete a test flight it failed in December.

During the December test, a series of software glitches and an issue with the spacecraft’s automated timer resulted in it failing to dock with the ISS as planned.

Investigators later determined the capsule could have been destroyed in flight, twice, as a result of the mistakes in the Boeing on-board software.

Boeing spokesman Jerry Drelling said if the repeat of the aborted test goes well then it will send astronauts into space on the following mission.

Meanwhile, Elon Musk’s SpaceX is expected to become the first commercial company to fly astronauts to the International Space Station as early as next month. 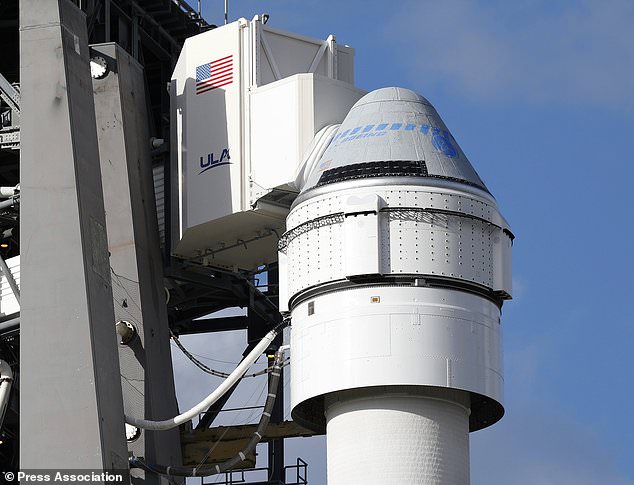 In December, a glitch in the mission timing software caused Starliner to run to a different time than expected – it was 11 hours ahead.

This timing glitch triggered burns and control movements too early into its flight toward the International Space Station (ISS).

As a result, the craft burned up fuel that it needed to get to the station and was forced to abort its mission and return to Earth.

In February, a NASA safety review panel found that Boeing had narrowly missed a ‘catastrophic failure’ in the botched test.

‘Flying another uncrewed flight will allow us to complete all flight test objectives and evaluate the performance of the second Starliner vehicle at no cost to the taxpayer,’ Boeing said in a statement.

Boeing said earlier this year that it took a $410 million charge in its fourth-quarter earnings, to pay for a potential repeat of the aborted test.

NASA officials held back on ordering a redo because they ‘didn’t think it would be sufficient’ to address all of the concerns raised in the safety review. 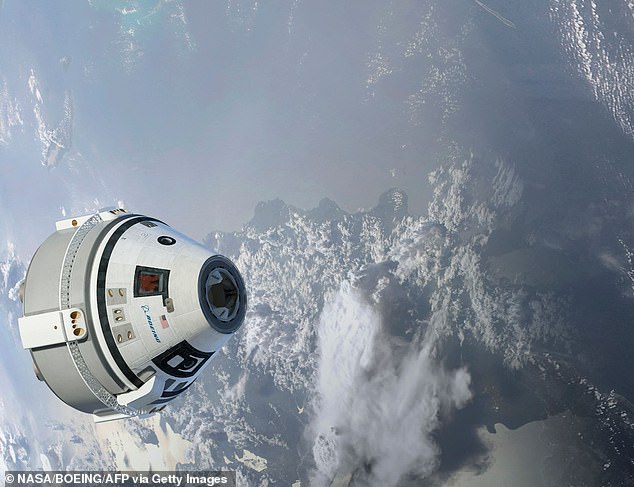 An agency official said NASA would be making additional recommendations to take into account as part of any future test flight without a crew.

NASA hired Boeing, along with SpaceX, to transport astronauts to and from the space station, and ease the space agency’s costly reliance on Russian rockets.

SpaceX is on track to launch two NASA astronauts aboard its Dragon crew capsule next month after a series of successful test flights.

It will be the first human launch from Cape Canaveral, Florida since NASA’s space shuttle programme ended in 2011.

SpaceX’s first test flight of its crew Dragon a year ago, without a crew, was successful.

WHEN DID NASA LAST LAUNCH CREWED MISSIONS FROM THE US?

In the three decades that followed, the space agency deployed a total of 135 missions from US soil.

Columbia was only the beginning; following in its footsteps, NASA launched Challenger, Discovery, Atlantis, and Endeavor to carry people to orbit.

These launches also allowed for the construction of the International Space Station – the largest structure in space, that’s now home to a revolving crew of astronauts from all around the world, conducting important experiments that continue to advance our knowledge of the cosmos.

In the years since, NASA has had to rely on Russian modules to send astronauts to the ISS, all of which launch from foreign soil.

Now, the space agency is stepping up efforts to bring crewed launches back home.

On August 3, 2018, NASA revealed the nine astronauts that will soon take to space aboard the Boeing CST-100 Starliner and SpaceX Crew Dragon, to pioneer a ‘new era in American spaceflight.’

The crew flight tests will launch from the Kennedy Space Center in 2019.

The shuttle missions came to an end with the Atlantis shuttle on July 21, 2011 after STS-135. Above, Atlantis lands at the Kennedy Space Center at Cape Canaveral, Fl, marking the official end of the 30-year program

Bible archaeology news: Nails linked to crucifixion of Christ have BONES embedded in