Social media is awash with rumours the explosive files could finally expose the truth over whether alien life exists. It has long been speculated that highly advanced alien species have already visited Earth.

Governments across the world have repeatedly denied this, insisting there is no evidence to support this.

But the existence of top secret locations, most famously the US airbase commonly known as Area 51 in Nevada, has fuelled speculation that governments are not telling the entire truth.

Now an explosive documentary by American show 60 minutes has broadcast leaked footage claiming to be of UFOs.

It also reportedly obtained a Pentagon report which described them as a “national security threat”. 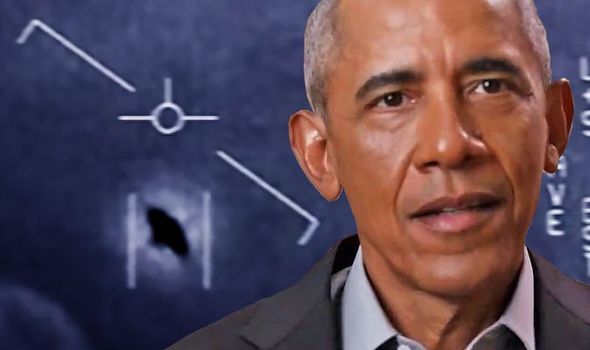 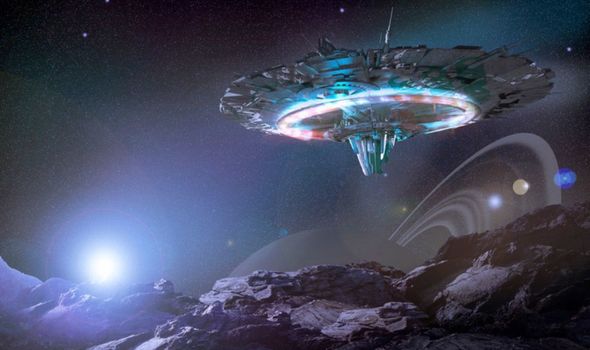 Claims about aliens existing have long occupied dark corners of the internet only frequented by conspiracy theorists.

But they have gained more mainstream recognition in recent years.

This week former US President Barack Obama waded into the debate.

He told The Late Late Show with James Corden: “What is true, and I’m actually being serious here, is that there is footage and records of objects in the skies that we don’t know exactly what they are. 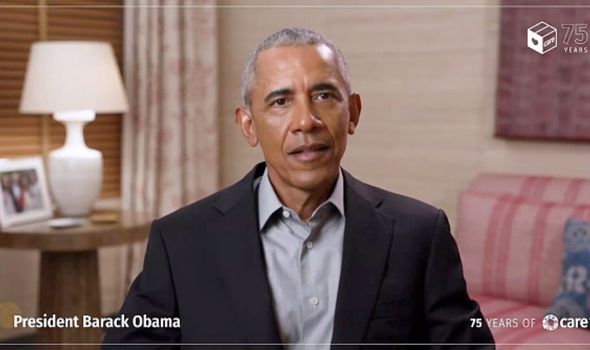 “We can’t explain how they move, their trajectory.

“They did not have an easily explainable pattern.

“And so I think that people still take it seriously, trying to investigate and figure out what that is.”

News of both the report and documentary was shared by the widely followed Twitter account News For All. 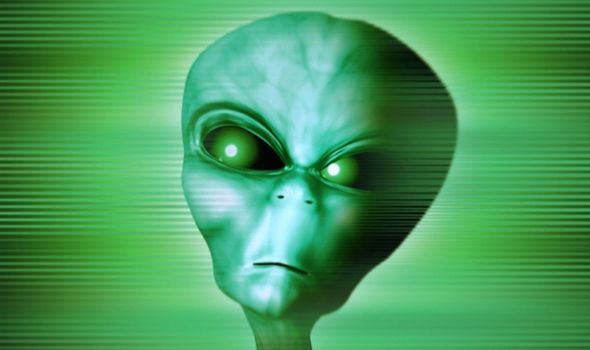 It tweeted: “UK government figures believe the publication of a US government report on UFOs due next month could become one of the stories of the century.”

It said: “There are increasing rumors among well-informed government insiders that the publication of a US government report on UFOs due next month could become one of the stories of the summer, or indeed, century.”

Conservative politician Cabot Phillips reacted to the show and said he couldn’t “believe the new UFO report from the Pentagon” wasn’t bigger news. 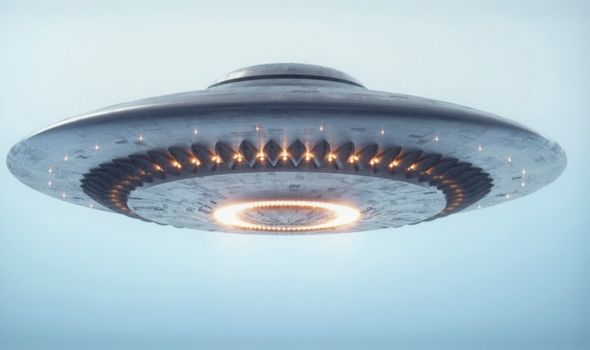 He added: “There were so many sightings the Pentagon confirmed that they created a top secret programme to investigate UFOs.

“The USS Princeton and USS Nimitz tracked an aircraft that traveled 60 miles in 3-4 seconds, after being confronted by an F-18 fighter squadron in the Pacific.

“We’re just now finding out there have been so many sightings by our military that the Senate Intel committee is holding a public hearing next month because it’s a ‘national security threat’.”

The outspoken politician went on to claim the sighting could only be one of three things.

These were “advanced US technology being tested”, “China or some other foreign military” or its “other-worldly”, he claimed.

He then went on to warn that people should stop ridiculing anyone who brings up UFOs as being unhinged.

He said: “I know we’ve all spent years laughing at anyone who brings up UFOs, but if the US military and intelligence community is to the point where they’re calling it a national security threat, it’s probably time to take them seriously.”