Britain is the WORST in Europe for private jet pollution

Britain is Europe’s biggest polluter from private jet travel, it has been revealed, with flights from Luton to New York responsible for the highest CO2 emissions every year.

Flights entering or leaving the UK account for almost a fifth of Europe’s private jet emissions, which increased by nearly a third between 2005 and 2019 according to analysis by the campaign group Transport & Environment.

The use of private jets has also continued during the Covid-19 pandemic.

By August 2020, when many Europeans were grounded and commercial flights down 60 per cent year-on-year, traffic involving private jets had returned to pre-pandemic levels. 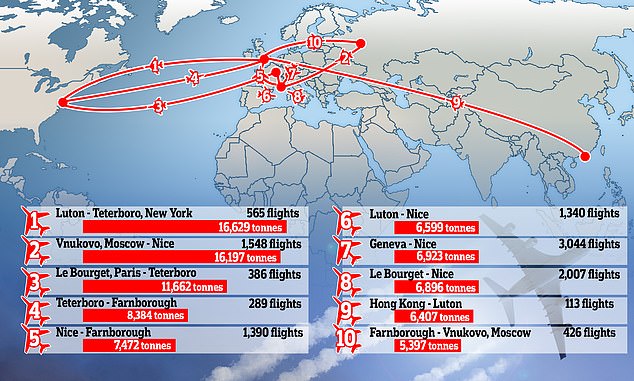 Nice was the most common airport in the top ten, which the report claims ‘further confirms that private jets are being used by wealthy people to enjoy the sun and splendour of Nice, instead of conducting business’.

London Luton and Farnborough airport were involved in six of the top ten most polluting routes taking off or landing in Europe — defined as the 27 EU members plus Britain, Iceland, Norway and Switzerland.

There were 565 flights between Luton and Teterboro, New York — despite there being a commercial option between Heathrow and John F Kennedy airport — 1,390 between Nice and Farnborough and 113 between Hong Kong and Luton.

Private aircraft account for about two per cent of aviation emissions, but their pollution is growing faster than commercial aviation.

Just one per cent of people cause 50 per cent of global aviation emissions, the report states, adding that it ‘exposes the outsized role played by the super rich hopping on private jets for super short distances’.

The analysis claims that a four-hour private flight emits as much as the average person does in a year.

Private jets departing the UK and France are the biggest source of pollution, representing over a third (36 per cent) of private flight emissions in Europe between them. 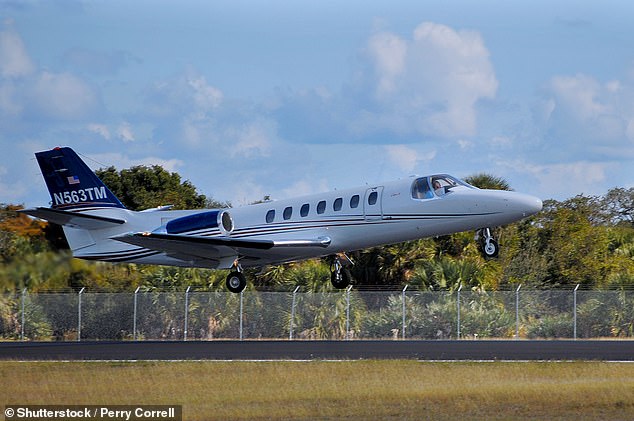 Other countries in the top 10 were Italy, Germany, Spain, Switzerland, Greece, Austria, Portugal and Ireland.

Andrew Murphy, aviation director at Transport & Environment, said: ‘Flying on a private jet is probably the worst thing you can do for the environment. And yet super-rich super polluters are flying around like there’s no climate crisis.

‘The upside is that the private jet market is ideally suited to help bring about aviation’s Tesla moment, making hydrogen and electric planes a reality.’

Britain, Europe, in, is, the, worst
You may also like: