Could you cope without internet for eight DAYS? More than one million Brits report delays of more than a week to be connected to broadband in their new home

Britons wait more than a week – eight days on average – to be hooked up to broadband after moving house, new research reveals.

A survey by comparison service Uswitch.com showed residents in Bristol and its surrounding areas had the toughest time connecting after their move.

Bristolians had to wait a whopping 15 days on average – three times the wait time for residents in and around Edinburgh and Brighton.

Shockingly, nearly all of the major broadband providers had their customers waiting at least a week to be connected.

In all, 29 per cent exhausted their mobile data allowance while waiting for their broadband service to be connected in a new abode. 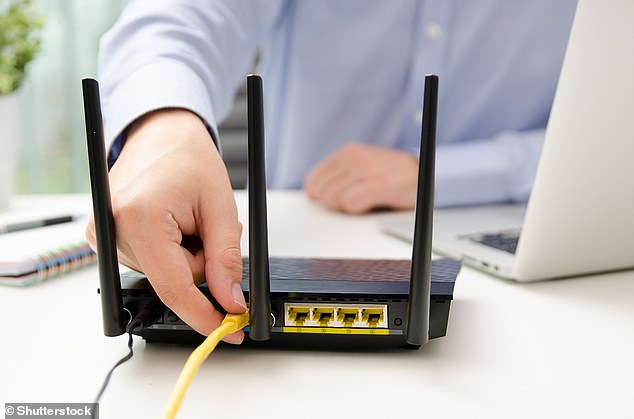 Could you live without broadband for eight days? That’s the average time UK residents spend waiting for their to be hooked up by their provider after moving house

Average number of days for provider to connect broadband

‘Moving house is one of life’s most stressful experiences, and a long wait for a broadband connection can only make the process more torturous,’ said Catherine Hiley, broadband expert at Uswitch.com.

‘The amount of time it will take to get your new connection set up depends on your provider and where you live.

‘So spare a thought for the poor people of Bristol who spend more than two weeks on average without a connection.’

When it comes to connectivity, Bristolians increasingly appear to have the hardest time – last year, Uswitch named Bristol the UK’s ‘outage capital’, based on average outage time per resident, placing the city just ahead of Brighton, Belfast, London and Norwich.

This new research was conducted for Uswitch by Opinium, which surveyed a sample of 2,003 people in the UK from May 11 to 17 this year. All the respondents had moved house in the last five years.

Just under a fifth (19 per cent) had to pay to leave their old contract early, with the average person paying £84 to do so.

More than a third (35 per cent) had to pay an installation fee at their new home, which was £74.60 on average.

In all, 11 per cent had to take annual leave because they couldn’t do their work without broadband, and 10 per cent were reprimanded by their employer for doing so.

Movers had to call their broadband provider twice on average to set up their connection, but 10 per cent needed to make five or more calls.

26 per cent felt the process had sped up after speaking to their provider, while 21 per cent received a refund for the time they spent without broadband. 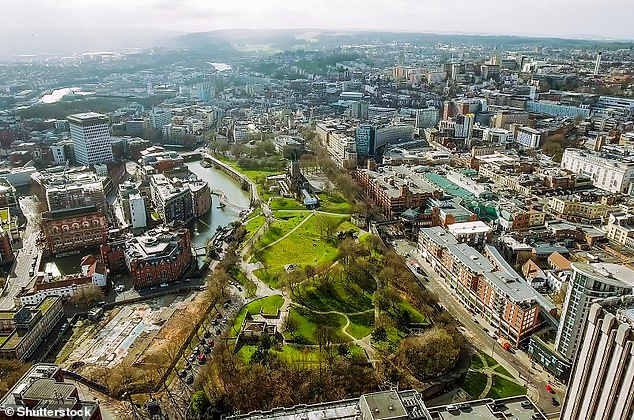 Average days to be connected by nearest city

Another fifth (20 per cent) were given a dongle by their provider to access mobile broadband during the delay.

Plusnet and Vodafone said they offer dongles or MiFi hubs to customers left without a connection, while BT customers will be offered a 4G Mini Hub if their installation is delayed by more than two days.

Relocating EE customers get the first month of their broadband free, plus 50GB data for their EE device.

However, the research also shows 46 per cent who had to wait for their internet received no additional help from their provider when they complained about the delay.

Residents in rural areas were almost twice as likely to not receive extra help – 62 per cent in countryside locations compared with 32 per cent in urban areas.

According to the results, only a quarter of movers consider broadband speed to be a priority when moving to a new home, compared to 61 per cent who think about the size of property and 55 per cent about the house’s location.

Uswitch.com is urging movers to find out what broadband speeds are available at a potential new home by using a postcode checker.

House-buyers can also minimise any disruption to their connection during a move by using a mobile broadband dongle, or tethering their mobile phone to their computer.

‘There are a few simple steps you can take to speed up the process,’ said Hiley. ‘Get the ball rolling and alert your new provider as soon as you know your moving date.

‘Check whether your current provider can offer you a service in the place you’re moving to. If not, you may need to pay a cancellation fee for any time left on your contract.

‘You might find that you have to sign up to a new contract when keeping the same supplier, so search to see if you could get a better, cheaper deal elsewhere.

‘If you depend on a reliable broadband for work, or other activities, it’s really important to check the speed you are likely to get at any new home.’

More than 390,000 UK house sales took place in the first three months of 2021 – the most in any three-month period since 2007, according to the Office for National Statistics, likely triggered by the coronavirus pandemic.

USWITCH ON HOW TO SPEED UP HOME BROADBAND

Run a quick speed test to work out what broadband speed you’re getting and help you decide if you need to ration your bandwidth.

If you only have access to download speeds of around 10Mbps, you’re going to have to be much more strict with your internet usage while working from home than if you had 67Mbps, for example.

Check to make sure you’re not running unnecessary programs on your computer that could be slowing it down or placing excess demand on your broadband.

3. Make sure your Wi-Fi router is set up properly

Ensure the Wi-Fi router is plugged into the master socket and not an extension, and that it’s in an upright position in the best possible location.

The best place for the router is in the middle of your home and unobstructed by walls or furniture. Don’t put it in a cupboard, on the ground or anywhere it can be blocked by furniture.

Check that it is set up properly, with all the wires connected securely and a microfilter connected if you need one.

Powerline adapters use the electricity power lines to boost your Wi-Fi signal around your home, which is especially useful if you have Wi-Fi dead spots.

5. Limit the number of devices connected to Wi-Fi (if you can)

If you need to make video calls or upload large files, try to do so when kids in the same household are offline.

If your kids, housemates or partners love online gaming, ask if they are happy to limit that to outside office hours for the time being.

Most streaming platforms are set to automatically stream at the highest quality available, but it’s fairly straightforward to change playback settings and save bandwidth.

If you’re struggling with a poor Wi-Fi connection, you might want to try changing your wireless channel settings.

If your Wi-Fi router is broadcasting on the same channel as your neighbours, it could slow your internet down.

Some of the more advanced routers – such as the Virgin Media Super Hub 3 and BT Smart Hub 2 – will automatically switch to less congested channels.

If you’re still struggling with your Wi-Fi then try connecting your device directly to your router with an Ethernet cable, which most customers receive when they first ordered their broadband service.

If you have a decent 4G signal in your home it’s a simple matter to turn your smartphone into a Wi-Fi hotspot.

This is known as tethering, and while it’s not an ideal long-term solution nor necessarily available to everyone, it could help to have another way to access the internet just in case.