A dog with a bone is happiness personified, but early domesticated canines ate almost no meat, according to a new study.

Researchers examining proteins in the bones of Bronze Age dogs in Spain found many were fed a diet of primarily cereal grains, like millet.

That menu may have been a necessity, since their human companions had little meat themselves –  but it offered a distinct advantage.

Dogs were often put to work herding livestock or protecting the homestead and a carb-heavy diet ensured they had the energy for their demanding jobs. 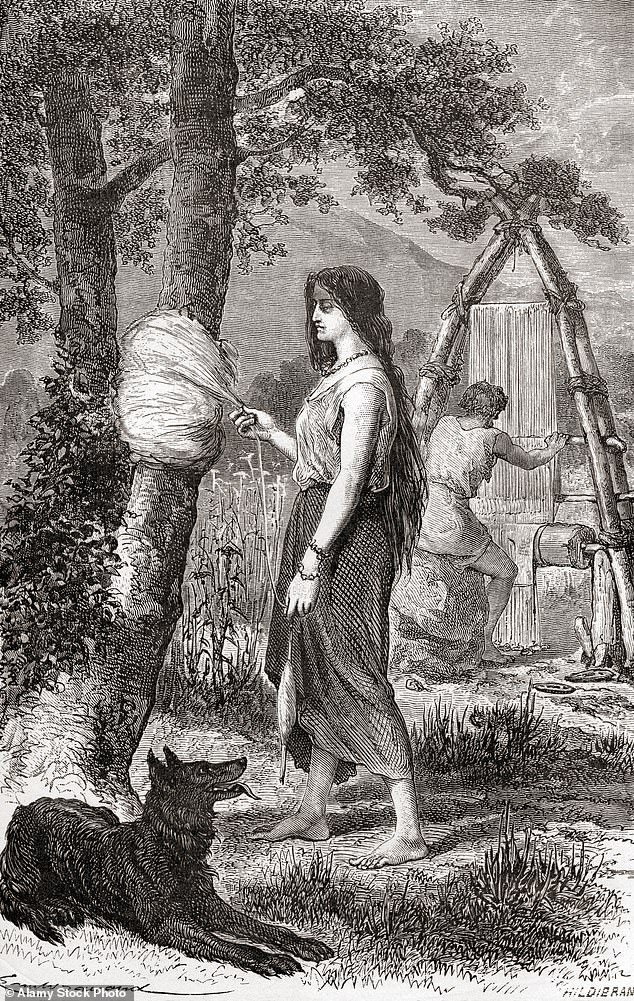 Researchers examining proteins in the bones of Bronze Age dogs in Spain found many were fed a diet of primarily cereal grains, like millet

When dogs first became domesticated is a subject of great scientific debate, with some experts putting the date at 14,000 years ago and others as far back as 40,000 years.

Many evolutionary scientists believe it started in Eurasia, when a population of wolves on the outskirts of a Stone Age hunter-gatherer camp started feeding off leftovers.

At that time they would’ve been eating meat almost exclusively, but the advent of agriculture caused a significant shift.

‘When human societies began to domesticate plants during the Neolithic period, hunting decreased and the human diet was based mainly on vegetables,’ Silvia Albizuri, a zooarchaeologist at the University of Barcelona, told New Scientist. 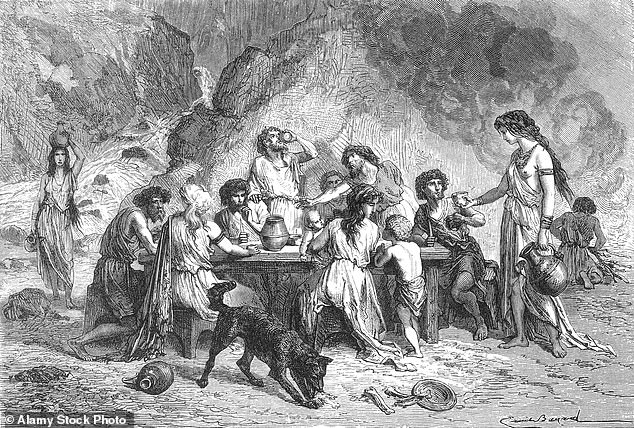 That menu may have been a necessity, since their human companions had little meat themselves – but it offered a distinct advantage. Dogs were often put to work herding livestock or protecting the homestead and a carb-heavy diet ensured they had the energy for their demanding jobs

Albizuri and her colleagues studied the remains of 36 dogs found in Can Roqueta, an archaeological site about 15 miles north of Barcelona that was first inhabited in the Stone Age.

The canines lived in the area between 1,300 and 550 BC, during the Bronze and Iron Ages.

WHEN WERE DOGS FIRST DOMESTICATED?

A genetic analysis of the world’s oldest known dog remains suggests canines were domesticated by humans living in Eurasia between 20,000 to 40,000 years ago.

‘The process of dog domestication would have been a very complex process, involving a number of generations where signature dog traits evolved gradually,’ Krishna Veeramah, a professor of evolutionary science at Stony Brook University, told MailOnline.

‘The current hypothesis is that the domestication of dogs likely arose passively, with a population of wolves somewhere in the world living on the outskirts of hunter-gatherer camps feeding off refuse created by the humans.’

Wolves that were less aggressive would have been more successful in this strategy, Veeramah said.

Eventually they would have developed a mutually beneficial relationship with humans, ‘evolving into the dogs we see today.’

They were buried in pits, suggesting they were cared for by humans.

The scientists studied carbon and nitrogen levels in the dogs’ bones, which can indicate what an animal ate.

Ten of the dogs were omnivorous, and nine had a diet high in meat, according to a new study published in Journal of World Prehistory.

But the remaining 17 showed almost no signs of eating animal flesh—some had  carbon and nitrogen levels barely distinguishable from the cattle they guarded, according to New Scientist.

Over generations, a vegetarian diet would have led dogs to evolve jaws that weaker than their wolf ancestors, and smaller, flatter teeth that could better chew plants and grains.

But the shift wasn’t universal: In colder climates, where hunter-gatherer societies persisted, dogs would still live on meat, Albizuri said.

‘In today’s dog breeds, there are significant genetic differences related to starch metabolism,’ she added.

The growing popularity of a plant-based diet among people has seen more modern-day pet owners putting their dogs on one, too.

A 2020 UK survey found one in 20 cats one in five dogs are fed a solely vegan or vegetarian diet by their owners.

But experts say well-intentioned owners could be putting their four-legged friends at risk.

‘If your personal belief system means you don’t want to eat any animal protein, that’s fine, but that diet is not designed to meet the welfare standards of your pet,’ Daniella Dos Santos, president of the British Veterinary Association told the BBC.

Cats are obligate carnivores, requiring nutrients found only in animal flesh—they can ingest small amounts of plant matter but lack the physiology to fully digest it.

Dogs are somewhat better adapted to a diet with less meat and more plant starch, since they evolved as our companions by taking whatever scraps were offered by prehistoric humans.

Canines, unlike felines, have amylase genes that allow them to digest and withdraw nutrients from plant matter.

‘It is theoretically possible to feed a dog a vegetarian diet, but it’s much easier to get it wrong than to get it right,’ Dos Santos told the BBC.

‘You would have to do it under the supervision of a veterinary-trained nutritionist.’

a, Age, bronze, dogs, Virtua
You may also like:

Scientists created a hybrid human-monkey embryo in a lab, sparking concerns others could take the experiment too far

The Pentagon confirmed that a video showing a triangular UFO is real and taken by the US Navy, report says

A sensor injected under the skin, backed by DARPA, is meant to spot COVID-19 days before symptoms appear