A 35-year-old man swimming in Northern California was attacked by a great white shark Saturday morning and was hospitalized in serious condition, according to a report.

The swimmer, who was not identified, suffered injuries to his right leg, the San Mateo County Sheriff’s Office told FOX 2 of the Bay Area.

He was able to swim to shore for initial medical treatment before being transported to a hospital, the report said.

The shark was believed to be six- to eight-feet-long, the sheriff’s office said, according to SFGate.com.

The victim required what was described as “advanced life support,” according to Cal Fire, the state Department of Forestry and Fire Protection. 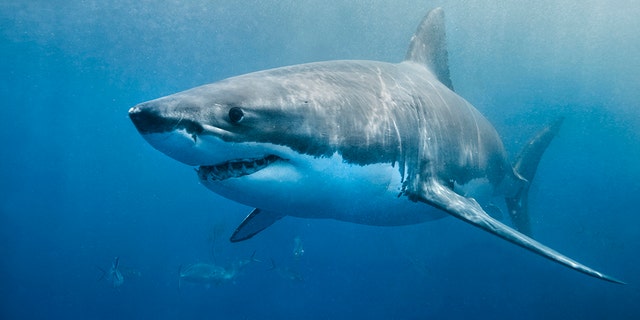 A great white shark swimming just below the surface. (iStock)

The beach was closed indefinitely after the attack, the report said.

Great white sharks are often seen off the California coast, especially in the summer, but attacks are rare, the news site reported. The most recent attacks were in 2020 and 2012, the report said.