Anyone for a Brumdeaux? Climate change means Chardonnay grapes could be grown near Birmingham by 2050

Chardonnay grapes could soon be suitable to grow as far north as Birmingham a new study has found.

Brumdeaux could become a reality by 2050 because of climate change, according to Reading University researchers.

While at pains not to make light of the harmful impacts of global warming, the scientists say that the impact of hotter temperatures will mean between one fifth and one quarter of the UK will have suitable weather to grow grapes more suited to warmer climes.

Alex Biss, a PhD student who led the project, said that because Chardonnay wines are still, they require more ripening than those used in sparkling wines which are being successfully grown in areas of Kent and Sussex. 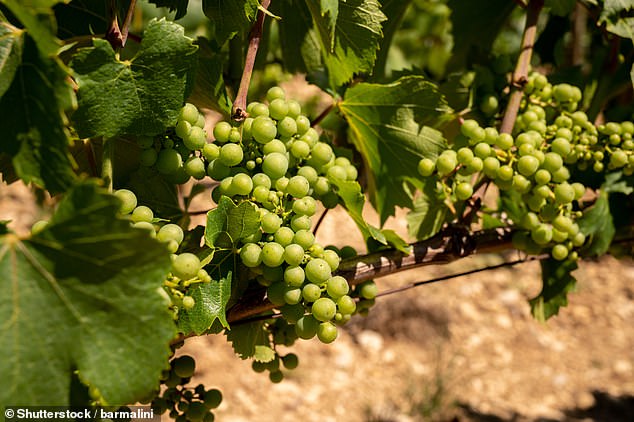 Brumdeaux could become a reality by 2050 because of climate change, according to Reading University researchers (stock image) 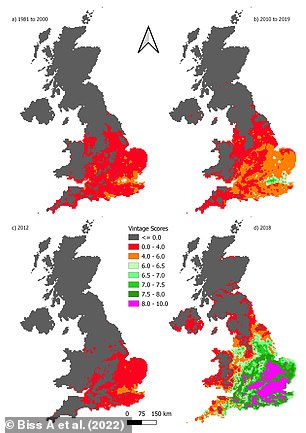 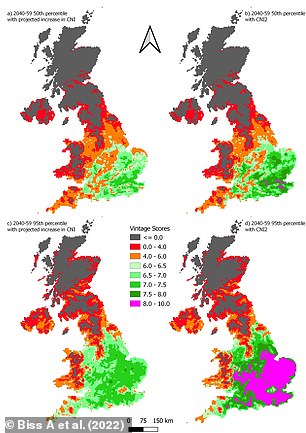 He said: ‘There are some great sparkling wines produced from Chardonnay grapes already in the UK, but the grapes used in sparkling wines don’t need as much ripening as for still wines.

‘A good Chardonnay vintage is not attained reliably in Britain at present, but climate change looks set to change that in the not too distant future.’

Some of the most celebrated Chardonnay wines are grown in the Burgundy region of central France, more than three hundred miles south of the Midlands.

The research model, developed by Biss and professor of crop science, Richard Ellis, considered three aspects of weather that affect the quality of Chardonnay still wine: average temperature between April and September, average minimum temperature in September and total rainfall between June and September.

Mr Biss said: ‘UK temperatures and rainfall in favourable regions will be aligned to produce consistently good Chardonnay wine by the middle of the century in most years.

‘There are of course unknowns. Just because a region has a suitable climate, it doesn’t mean that it has the right sort of land for growing vines.

‘But the fact remains that climate change will very likely bring a further expansion of viticulture in the UK.’ 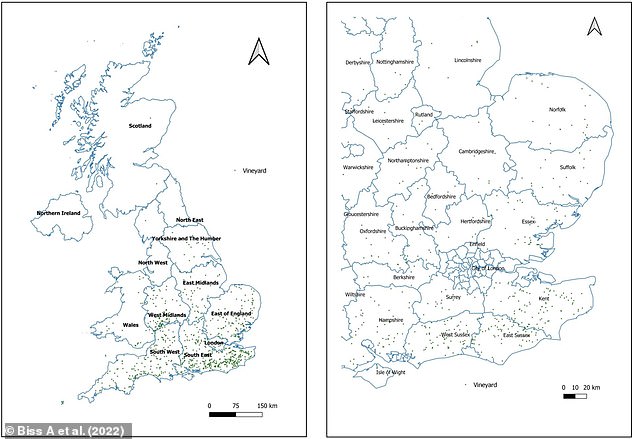 Location of vineyards in relation to administrative regions of the UK (left) and the counties of East of England, East Midlands and South East England (right, with Greater London’s Enfield and City of London also marked) 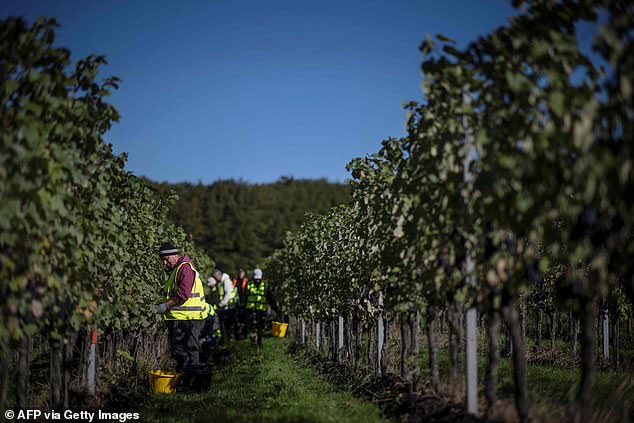 The model identified 20 to 25 per cent of UK land may be suitable by 2050 – as opposed to just 2 per cent of the UK at present. Pictured: Pickers cut the grapes from the vine at the Gusbourne Estate, Appledore near Ashford, Kent

Areas most likely to have the best conditions for producing high-quality still Chardonnay wine reliably by 2050 include South East England, East of England, and Central England, the study found, based on climate projections by the United Nations climate science body, the IPCC, which predicts temperatures may rise by between 2c and 3c by 2100 on current levels of greenhouse gas emissions.

He added: ‘We are not celebrating global warming, which for so many is already causing major challenges to food production, public health, and more.

‘Rather, it’s something that we must monitor and respond to by changing what we grow, and where.

‘The immediate implication of our findings is that UK viticulturalists establishing new vines, in the areas above, should consider planting dual-purpose Chardonnay clones suitable for both sparkling and still wine production.’

The research was published in the journal OENO One.

Warmer temperatures brought on by climate change are having a positive impact on the English wine industry, experts say.

The weather is boosting yields and suiting a greater number of grape varieties.

But climate change will likely keep boosting the potential for UK wine production, with conditions projected to resemble those in mainland Europe, experts say.