Climate change is altering squirrels’ SPERM: Animals are ‘shooting blanks’ because they are emerging earlier from hibernation due to unusually warm winters, study finds

Climate change is altering squirrels’ sperm – animals living in the Canadian prairies that emerged from hibernation during unusually warm winters were found to ‘shoot blanks.’

This discovery led a team of researchers from the University of Manitoba to examine the squirrels in hotter African countries, which were determined to grow larger feet due to a warming world.

The changes among squirrels, although deemed ‘non-lethal,’ are warning signs of more considerable consequences potentially ahead that could endanger entire ecosystems.

Researchers explained that this ‘study adds to the growing that animal morphologies are changing in response to changing climatic conditions, although it remains to be seen whether these changes are adaptive.’ 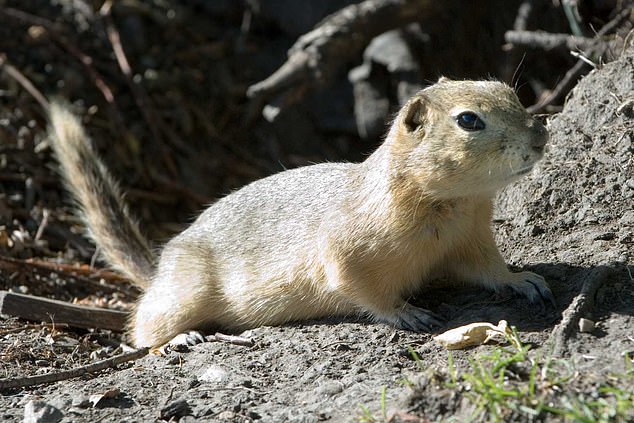 Scientists found that male Richard’s ground squirrels in Canada were impacted by climate change. Their sperm was non-motile due to waking early during hibernation

Jane Waterman, head of the Behavioral, Ecological & Evolutionary Research Lab at U of M: said in a statement: ‘Our study, and the studies of many others, are showing us that nature, in some cases, can respond quickly to rapid environmental changes.

‘Humans need to be mindful of all effects of climate change, even ‘small’ ones so we can respond with deliberate, swift action as needed.’

In the case of the altered sperm, the team studied Richard’s ground squirrels in Canada and found the issue appeared because the animals ended hibernation earlier due to the warm-than-normal temperatures.

Although the squirrels were shooting blanks, the team reported no drop in the number of young born during that time. 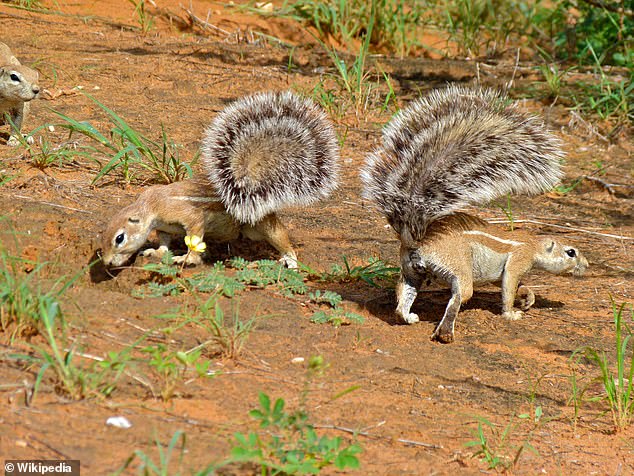 The discovery led the researchers to look at African ground squirrels in South Africa’s grasslands. Cape squirrels are growing larger feet to adapt to the warming temperatures

‘It could have gone badly. You could’ve had a year of not having as many young,’ said Warrington in an interview with CTV News.

However, this discovery led the researchers to look at African ground squirrels in South Africa’s grasslands.

The team looked at how these squirrels responded to increased ambient temperatures.

The observations, which researchers said were ‘astounding, found that as maximum temperatures at the nature reserve have risen by more than 1.5 degrees Fahrenheit, the relative size of ground squirrel feet increased.

The interesting aspect was that the animals’ bodies became smaller regardless of their feet growing.

It seems that ground squirrels in South Africa are responding to the warming climate by ‘shape-shifting,’ the researchers said.

‘These proportionally bigger feet may help the ground squirrel cool off by allowing them to shed more heat even faster than those squirrel with smaller feet,’ Warrington said.

‘This result suggests that ground squirrel bodies may be changing in response to the greater heat stress that these animals are experiencing in recent years.’

Animals responding to rising temperatures is not entirely unexpected. However, changes in animal shapes in response to climate change may have farther reaching consequences beyond external aesthetics.

‘We’d also like to look at internal changes, things like the effects of stress and hormones, as well as the effect on behaviors. 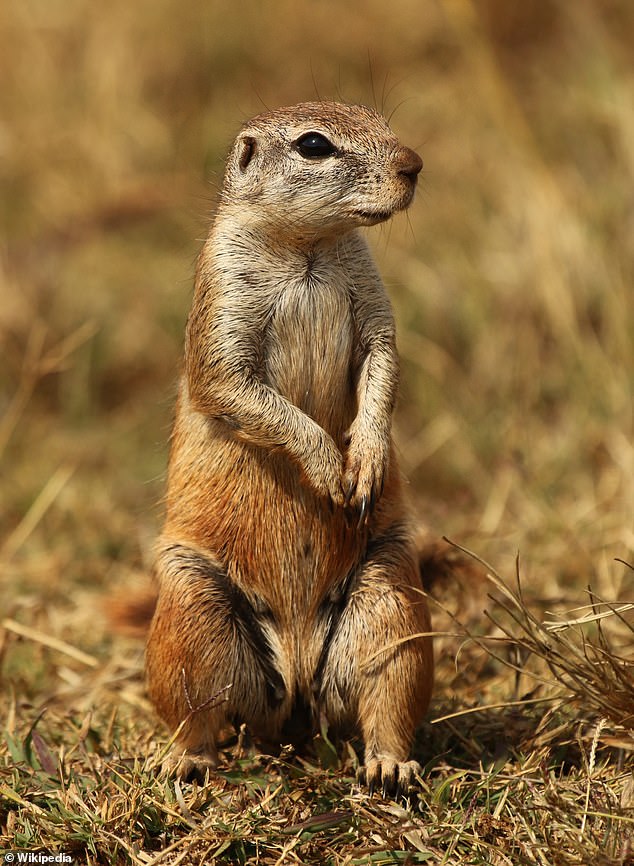 It seems that ground squirrels in South Africa are responding to the warming climate by ‘shape-shifting,’ the researchers said

‘Cape ground squirrels are very social species, and changes to their bodies and behaviors can affect how they operate as a social species, which then may affect their survival and reproduction.’

Her statement refers to how they change vegetation around their burrow clusters and increase grassland biodiversity.

‘Changes in their body size and behavior can have consequences to the biodiversity of temperate grasslands, which are one of the most endangered ecosystems on the planet.’ Waterman continued.

Images pictured when climate change comes up are typically wildfires blazing through forests, drought-stricken farms and floods ravaging cities, but the new study aims to shed light on the not-so-noticeable changes.

However, such ‘non-fatal effects’ like altered squirrel sperm, in the long run, can greatly impact the health and resiliency of wildlife and their ecosystems.

‘Our study, and the studies of many others, are showing us that nature, in some cases, can respond quickly to rapid environmental changes. Humans need to be mindful of all effects of climate change, even ‘small’ ones so we can respond with deliberate, swift action as needed,’ Warrington said.