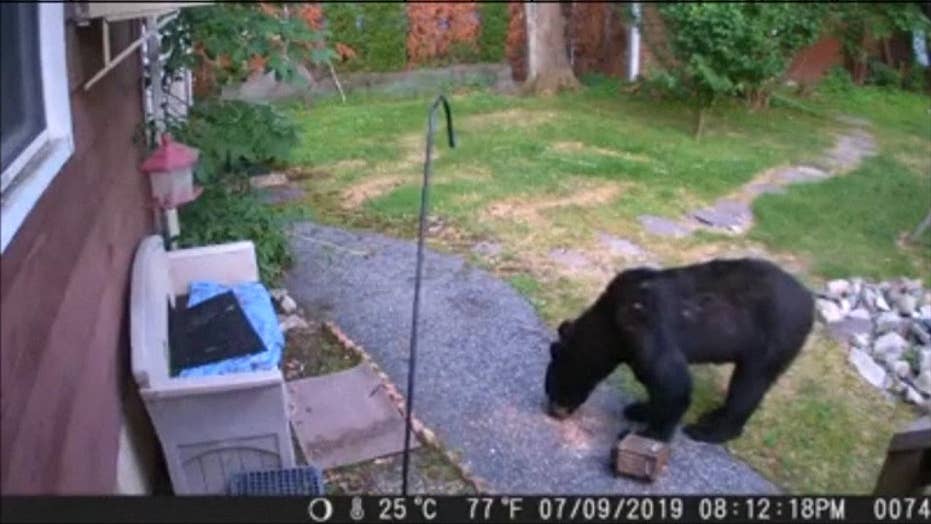 Raw security camera footage of a dog chasing a bear from the homeowner’s garden in New Jersey.

A New Jersey dog has been promised a steak after the fearless pup chased an intruding black bear from a neighbor’s backyard this week.

Mark Stinziano, of West Milford, caught the encounter on a home security camera Tuesday night when the bear decided to raid the bird feeder set up behind his house.

The bear pulls down the feeder and is enjoying the snack when the neighbor’s dog, Riley, dashes into the yard, the video shows. Riley crashes into the startled bear, which scrambles to escape.

Black bears are attracted to odors from potential food sources, including garbage, pet food, birdseed and small livestock, according to the New Jersey Division of Fish and Wildlife. Bears will learn to associate people with food even if they are fed unintentionally through garbage or food items left outside. 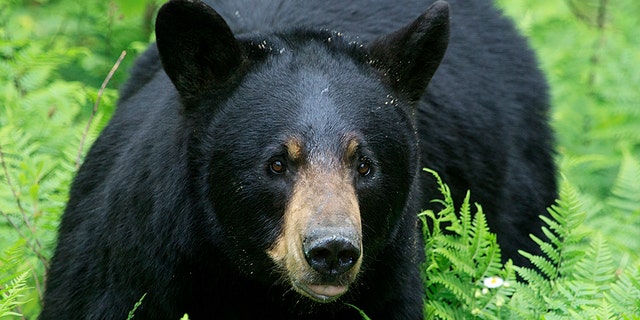 It is illegal to feed bears in New Jersey, according to wildlife officials. (iStock)

These bears may become aggressive toward people and have to be trapped or even killed, the agency says. It is illegal to feed bears in New Jersey. Offenders can face a $1,000 fine.

Riley’s owner, Alan Tlusty, told WABC-TV that his dog has chased bears out of the yard before, but never with such intensity. And now the daring dog is getting a reward for its intervention.

“My neighbor’s dog is getting a steak dinner next time I see him,” Stinziano wrote on Facebook. “He is an awesome pup that comes to check on the kids from time to time. Now he is keeping them safe!”

bear, chases, Courageous, dog, fro
You may also like: