Covid-like virus is discovered lurking in bats in southern China

A Covid-like virus discovered lurking in bats in southern China is one of five with the potential to jump to humans, scientists say.

The virus, known as BtSY2, is closely related to SARS-CoV-2, the virus that causes Covid, and is ‘at particular risk for emergence’.

It’s one of five ‘viruses of concern’ found in bats across China’s Yunnan province that are ‘likely to be pathogenic to humans or livestock’, the scientists say.

The team warn of potential new ‘zoonotic’ diseases – those caused by pathogens that pass to humans from other animals. 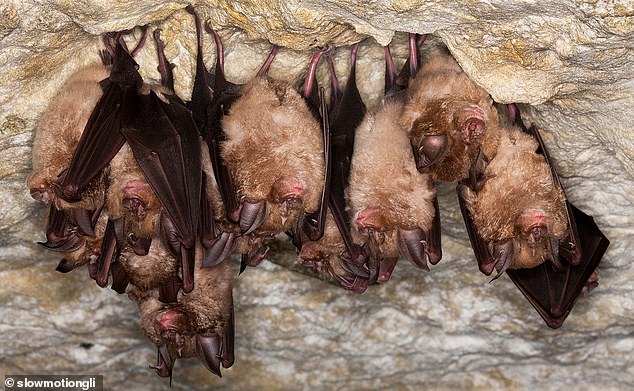 A Covid-like virus discovered lurking in bats in southern China is one of five with the potential to jump to humans, scientists say. Evidence already suggests SARS-CoV-2 originated in horseshoe bats (pictured)

The research was led by researchers at Sun Yat-sen University in Shenzhen, the Yunnan Institute of Endemic Disease Control and the University of Sydney.

It has been detailed in a new study published as a preprint paper, yet to be peer-reviewed, on the bioRxiv server.

‘We identified five viral species that are likely to be pathogenic to humans or livestock, including a novel recombinant SARS-like coronavirus that is closely related to both SARS-CoV-2 and 50 SARS-CoV,’ the team say in the paper.

‘Our study highlights the common occurrence of inter-species transmission and co-infection of bat viruses, as well as their implications for virus emergence.’

For the study, the researchers collected rectum samples from 149 individual bats representing 15 species, in six counties or cities in China’s Yunnan province.

RNA – nucleic acid present in living cells – was extracted and sequenced individually for each individual bat.

Concerningly, the researchers noted a high frequency of multiple viruses infecting a single bat at one time.

This can lead to existing viruses swapping bits of their genetic code – a process known as recombination – to form new pathogens, according to Professor Jonathan Ball, a virologist at the University of Nottingham.

‘The main take-home message is that individual bats can harbour a plethora of different virus species, occasionally playing host to them at the same time,’ Professor Ball, who was not involved in the research, told the Telegraph. Overview of the samples analysed in this study. (A) Locations in Yunnan province China where bat samples were taken. Pie charts indicate the composition of bat species sampled at each location, while the total area of the pies are proportional to number of captured individuals. Colours indicate different bat species (B) 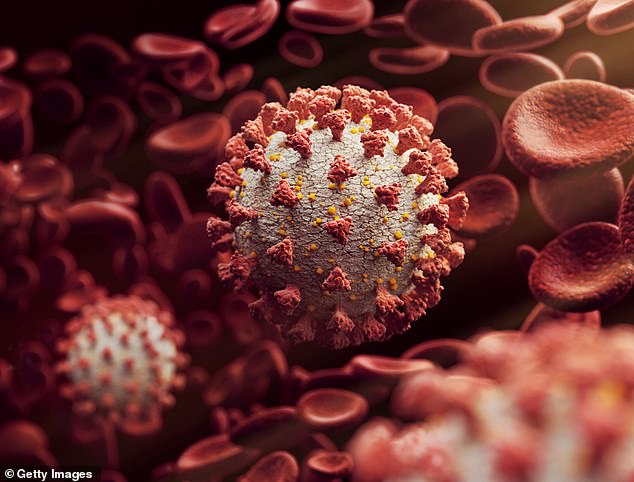 ‘Such co-infections, especially with related viruses like coronavirus, give the virus opportunity to swap critical pieces of genetic information, naturally giving rise to new variants,’ he said. 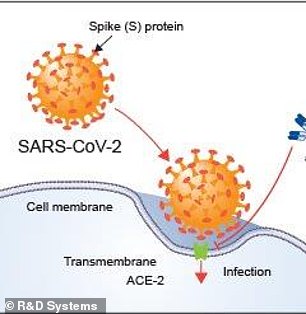 BtSY2 also has a ‘receptor binding domain’ – a key part of the spike protein used to latch onto cells human cells – that’s similar to SARS-CoV-2, suggesting the virus can infect humans.

‘BtSY2 may be able to utilize [the] human ACE2 receptor for cell entry,’ the team add.

ACE2 is a receptor on the surface of human cells that binds to SARS-CoV-2 and allows it to enter and infect.

Yunnan province in southwestern China has already been identified as a hotspot for bat species and bat-borne viruses.

A number of pathogenic viruses have been detected there, including close relatives of SARS-CoV-2, such as bat viruses RaTG1313 and RpYN0614.

The team did not speculate on the origins of SARS-CoV-2, which is related to the SARS-CoV-1 virus that caused the 2002-2004 SARS outbreak.

Evidence already suggests SARS-CoV-2 originated in horseshoe bats, although it’s likely the virus passed to humans through pangolins, a scaly mammal often confused for a reptile. SARS-CoV-2 is likely to have its ancestral origins in a bat species but may have reached humans through an intermediary species, such as pangolins – a scaly mammal often confused for a reptile (pictured)

Likewise, it’s thought the lethal outbreak of the Ebola virus in Western Africa between 2013 and 2016 stemmed from bats.

Yunnan, the region identified by the new study, is also home to pangolins, which are consumed as food in China and are also used in traditional medicine.

According to a 2021 study in the journal Science of the Total Environment, it’s possible the virus jumped from bats to Sunda pangolins and masked palm civits in Yunnan.

They were then captured and transported to a wildlife market in Wuhan, more than 1,200 miles away, where the initial Covid outbreaks occurred.

SARS WAS FIRST IDENTIFIED IN CHINA IN 2002

Coronaviruses commonly cause infections in both humans and animals.

There have been two outbreaks, which resulted in a highly contagious and potentially life-threatening form of pneumonia.

Both happened between 2002 and 2004. Since 2004, there have not been any known cases of SARS reported anywhere in the world.

The World Health Organization (WHO) continues to monitor countries throughout the world for any unusual disease activity.

Where did it originate?

In China in 2002. It’s thought that a strain of the coronavirus usually only found in small mammals mutated, enabling it to infect humans.

The SARS infection quickly spread from China to other Asian countries. There were also a small number of cases in several other countries, including four in the UK, plus a significant outbreak in Toronto, Canada.

The SARS pandemic was eventually brought under control in July 2003, following a policy of isolating people suspected of having the condition and screening all passengers travelling by air from affected countries for signs of the infection.

During the period of infection, there were 8,098 reported cases of SARS and 775 deaths. This means the virus killed about one in 10 people who were infected.

People over the age of 65 were particularly at risk, with over half of those who died from the infection being in this age group.

In 2004 there was another smaller SARS outbreak linked to a medical laboratory in China.

It was thought to have been the result of someone coming into direct contact with a sample of the SARS virus, rather than being caused by animal-to-human or human-to-human transmission.

How does it spread?

In small droplets of saliva coughed or sneezed into the air by an infected person. If someone else breathes in the droplets, they can become infected.

SARS can also be spread indirectly if an infected person touches surfaces such as door handles with unwashed hands.

Someone who touches the same surface may also become infected. The virus may also be spread through an infected person’s faeces.

For example, if they do not wash their hands properly after going to the toilet, they may pass the infection on to others.

SARS has flu-like symptoms that usually begin two to seven days after infection. Sometimes, the time between coming into contact with the virus and the start of symptoms (incubation period) can be up to 10 days.

The symptoms of SARS include:

After these symptoms, the infection will begin to affect your lungs and airways (respiratory system), leading to additional symptoms, such as:

There’s currently no cure for SARS, but research to find a vaccine is ongoing.

A person suspected of having SARS should be admitted to hospital immediately and kept in isolation under close observation.

Treatment is mainly supportive, and may include:

There’s not much scientific evidence to show that these treatments are effective. The antiviral medicine ribavirin is known to be ineffective at treating SARS.