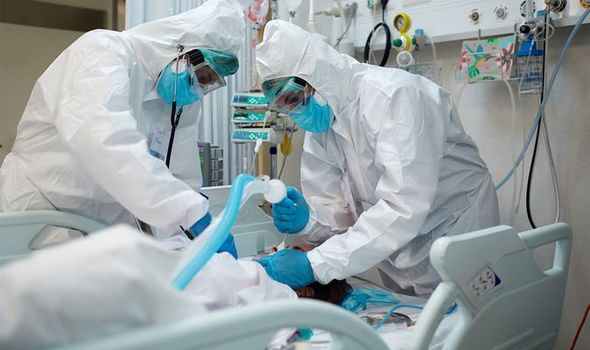 At least 20 people were receiving treatment for the disease as of October 8, according to Primary Health Care. The Athabasca Health Authority (AHA) has now declared a tuberculosis outbreak. Cases of the bacterial outbreak were reported in the Black Lake and Fond Du Lac communities.

As of Tuesday, nine people were being treated in Fond du Lac, according to Executive Director of Primary Health, Taiwo Olubanwo.

Six people were also being treated in Black Lake, with 157 close contacts identified.

About 90.5 percent are considered a high risk of transmission.

Tuberculosis is a respiratory disease that is spread through bacterial infections.

According to Mr Olubanwo, all patients range in age from just five weeks to 63-years-old.

Overcrowded households may have contributed to the disease’s outbreak.

In response to the outbreak, the AHA has doubled its number of outreach workers.

A hotline is also in place for people to call in for additional support.

Mr Olubanwo told CTV News: “We want to empower and provide more education and more supports so that they will be part of their treatment plan and intervention planning.

“We don’t want to do it independently without assessing their needs.”

A total of 27 outbreaks of bovine tuberculosis were detected in the region in southwest France, during a 2020 to 2021 investigation.

Symptoms of tuberculosis are very similar to COVID-19 as both diseases attack the lungs.

According to the NHS, symptoms include a persistent cough that brings up phlegm and sometimes blood, weight loss, night sweats and high temperatures.

Tuberculosis patients may also experience loss of appetite, fever and swelling in the neck.

The symptoms typically persist for more than three weeks.

This is a breaking story. Refresh the page to see more.