Dogs experience more stress and restless nights for up to 12 days after being sent to a shelter, researchers have found.

They also discovered that smaller breeds such as Shih Tzus and Chihuahuas suffer more than larger ones, especially during the first two nights in a new environment.

The Utrecht University study compared the nocturnal activity of dogs placed in a shelter to pets in their own homes.

The study comes amid fears from experts that there will be an increase in the number of dogs ending up in shelters when people go back to the office after working from home during the coronavirus crisis. 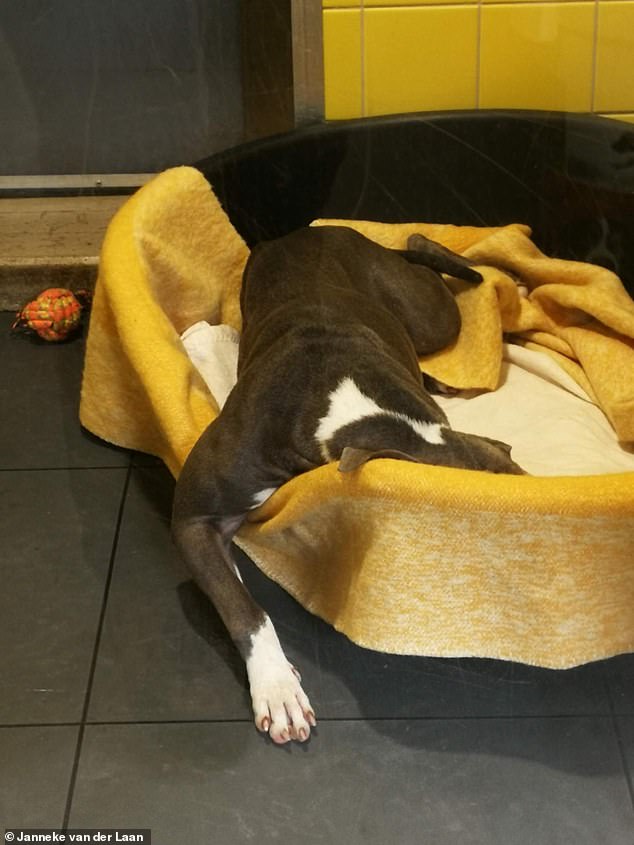 Restless: Dogs experience more stress and sleepless nights for up to 12 days after being sent to a shelter, researchers have found

Researchers found that shelter dogs rested much less at night than pets, especially during the first two nights in the shelter.

This restlessness did decrease over time, but even after 12 days in the shelter, the dogs still rested less at night than pet pooches.

‘We also saw this restlessness in hormone measurements in the urine of shelter dogs,’ said Janneke van der Laan, the study’s lead author.

‘Shelter dogs had higher values of the stress hormone cortisol in their urine than pet dogs, especially during the first two days but also after 12 days.

‘It was also striking that smaller shelter dogs, for instance Shih Tzus and Chihuahuas, were more restless during the first two nights than larger shelter dogs, and they also had higher cortisol values.’

The study involved 29 shelter dogs and 29 pet dogs all similar in breed, age and sex. 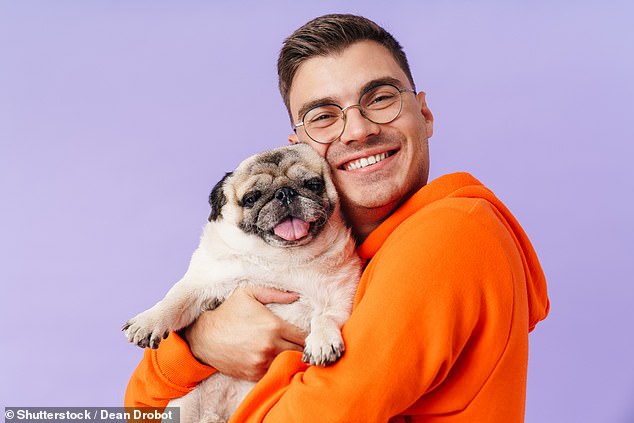 Content: The Utrecht University study compared the nocturnal activity of dogs placed in a shelter to pets in their own homes (file photo)

The coronavirus lockdown was tough on many people, but having a pet helped lower stress levels, according to new research.

More than nine in ten participants said their pet helped them cope emotionally with the lockdown. Nearly all (96 per cent) said it helped keep them fit and active.

Night cameras and a small activity tracker on the animals’ collars were used to monitor their sleeping habits.

The researchers found big differences between individual dogs: some were already quite calm during the first night in the shelter, while others barely slept for a few nights.

‘It seems that dogs need at least two days, but often longer to get used to their new environment, in this case the shelter,’ Van der Laan said.

‘Humans usually also sleep less good during the first night in a new environment, for example at the beginning of a vacation.

‘With our follow-up research we will zoom in even further on the welfare of dogs in shelters.

‘But our current findings already show that it is important to pay close attention to dogs that are unable to rest properly after several nights.

‘The shelter staff may already be able to help these dogs by for example moving them to a less busy spot in the shelter.’

The study comes amid fears from experts that there will be an increase in the number of dogs ending up in shelters when people go back to the office after working from home during the coronavirus crisis.

Earlier this month experts from The Kennel Club revealed that almost one in five ‘pandemic pup’ owners admit they are considering rehoming their dog post-lockdown.

The decision appears to be largely driven by fears that offices, pubs and restaurants aren’t dog-friendly.

Bill Lambert, a spokesperson for The Kennel Club, said: ‘If dogs can’t go to places with their owners, and fit their lifestyle post-pandemic, some will be left home alone for too long, or even sadly rehomed or abandoned.

‘These consequences could be quite devastating for the nation’s dogs, who frankly don’t deserve to be left behind after being a lifeline for so many during lockdown.’

The research comes shortly after the Pet Food Manufacturers’ Association revealed that a whopping total of 3.2 million households in the UK have acquired a pet since the start of the pandemic.

The research was released by The Kennel Club following a survey of 2,001 British consumers and dog owners and has sparked the launch of a new campaign called Open for Dogs.

The study was published in the journal Applied Animal Behaviour Science.

WHAT ARE THE TEN COMMONLY HELD MYTHS ABOUT DOGS?

It is easy to believe that dogs like what we like, but this is not always strictly true.

Here are ten things which people should remember when trying to understand their pets, according to Animal behaviour experts Dr Melissa Starling and Dr Paul McGreevy, from the University of Sydney.

2. Not all dogs like to be hugged or patted

3. A barking dog is not always an aggressive dog

4. Dogs do not like other dogs entering their territory/home

5. Dogs like to be active and don’t need as much relaxation time as humans

6. Not all dogs are overly friendly, some are shyer to begin with

7. A dog that appears friendly can soon become aggressive

9. Sometimes a dog isn’t misbehaving, it simply does not understand what to do or what you want

10. Subtle facial signals often preempt barking or snapping when a dog is unhappy