Nuclear war: Expert analyses risk of war between US and Russia

The Doomsday Clock is an annual review revealing exactly how close our species has pushed itself to extinction. From the nuclear apocalypse to manmade climate change, the Bulletin of the Atomic Scientists has convened experts to analyse humanity’s impact on the planet over the past twelve months.

The Bulletin’s editor in chief has now detailed exactly which factors are used when calculating the position of this year’s Doomsday Clock.

The pandemic is a part of calculations

John Mecklin told Express.co.uk: “Lengthy discussions take place starting early last summer all the way through to now, among the roughly 15 experts on our science and security board and other experts they consult and take into consideration.

“Just a huge amount of information about nuclear weapons, climate change and an area we call ‘disruptive technology’ – that is other technologies that could threaten the future of humanity.”

He added “a whole range” of disruptive technologies are considered by our experts – including the growing influence of Artificial Intelligence (AI) and the internet.

JUST IN: NASA baffled after snapping ‘something rising above ice’ 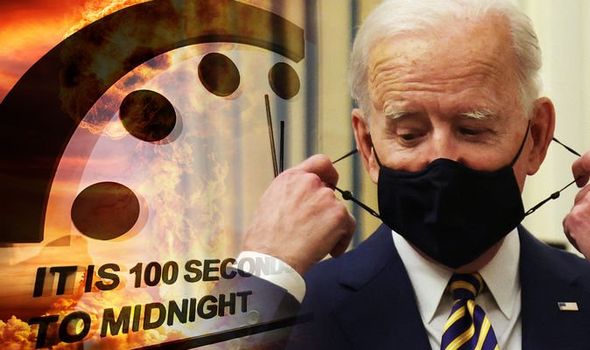 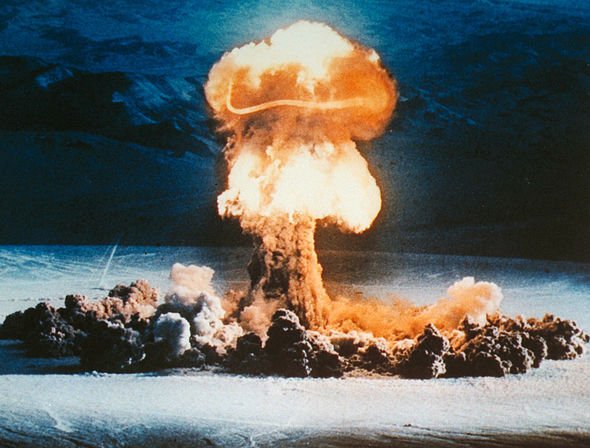 He said: “So it is sort of an accelerant threat multiplier, the communications environment, internet communications supporting the internet accelerates a whole variety of threats.

“As we’ve seen through this year, there’s a whole range of disruptive technologies, including those in the biological area.

“They include things like biological weapons, chemical weapons – so there’s a whole range of those potential and real disruptive technologies in addition to what can be the two major threats considered other than nuclear weapons and climate change.”

The Bulletin of the Atomic Scientists editor added “the pandemic is a part of calculations” for the 2021 Doomsday Clock. 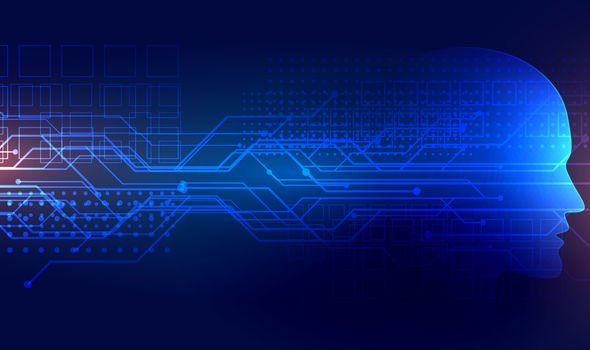 “The pandemic is a part of calculations in that a big part of our experts’ judgments are based on how your leaders are managing the threat and what the coronavirus has shown is the world didn’t manage this threat very well.

“In fact, they managed this very badly. And that is definitely a factor in the consideration of the clock.

“You don’t need Doomsday Clock experts to tell you, clearly, the world has largely failed in responding appropriately to the COVID-19 pandemic and our experts will take that into account.”

He added the Doomsday Clock 2021 is arguably more relevant than ever, and strongly denies the process is in any way sensationalist.

He told Express.co.uk: “Oh, you got a better name? No, I don’t think the Doomsday Clock is a sensationalist name for it at all.

“If you go back in history, the Founding Editor of the Bulletin of Atomic Scientists Eugene Rabinowitch, initially called it something like the ‘Clock of the Apocalypse’, which evolved over time and it became known as the Doomsday Clock.

“When we make this announcement, millions upon millions of people attend to the most important issues in the world.

“And at least for one or two days, attention gets focused on things that are really important and really need to change.” 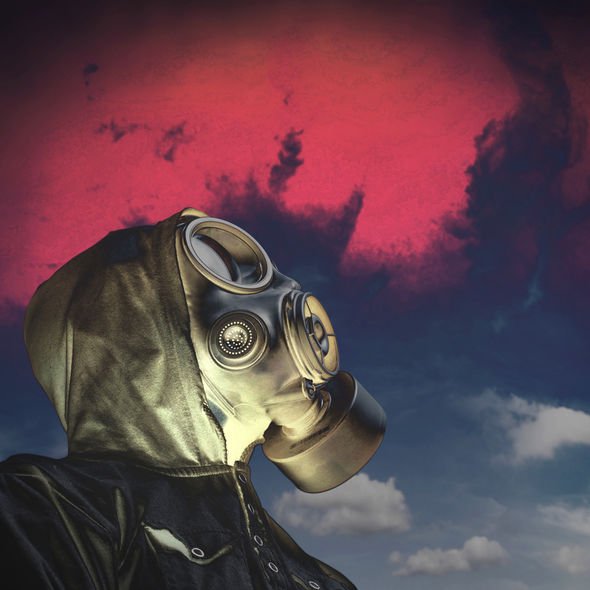 When is the Doomsday Clock 2021 update?

The Bulletin of the Atomic Scientists will host a conference this week to set the Doomsday Clock’s time.

The decision of 13 Nobel Laureates and the Bulletin of the Atomic Scientists’ Science and Security Board on whether the clock needs to be adjusted will be announced.

The Doomsday Clock conference will be broadcast live over the internet and you will be able to stream it here on Express.co.uk on the day.

Animation shows how opening a window can drastically stem coronavirus circulation in classrooms, as schools prepare to resume in-person learning

Life after death: Man ‘given knowledge of the Universe in transition to afterlife’

UK meteor: Fragments of fireball likely made land after hitting Earth at 30,000mph

Fireball may have dropped a METEORITE over the UK