A strange spiral appeared in the skies over the northwest Pacific on June 8 that baffled residents, with some likening it to the portal in the ‘Doctor Strange’ movie– but astronomers reveal it was caused by a rocket.

‘The spiral happens when the rocket is tumbling end over end while venting its fuel – it’s then exactly like a garden sprinkler,’ McDowell told DailyMail.com in an email.

‘Except that because it is in space the spiral stays perfect over hundreds of miles because there is no air to mess up the shape – that’s why it looks surprising to us, we’re not used to seeing such perfect geometries because on Earth there’s always wind or friction to distort things.’

Footage posted on social media shows the spiral expanding in size over a matter of seconds and then just vanishing in the night sky. 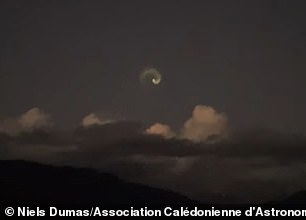 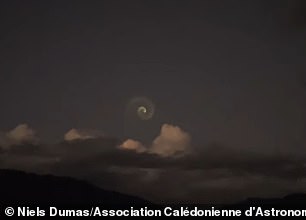 This is the second time residents in the Pacific islands observed the phenomena. The previous occurrence, on May 7, was also due to the Chinese rocket.

The spiral was spotted hours after China launched its Long March 2C from the Xichang Satellite Launch Center, which delivered three new Yaogan-30 satellites into orbit.

People across the south Pacific islands, including New Caledonia, Tokelau, Samoa and Fiji, all reported spotting the same spiral phenomenon in the skies that Friday night .

‘Strange spiral in the skies of New Caledonia and Vanuatu June 18th around 18 pm, the Caledonian Astronomical Association shared on Facebook. 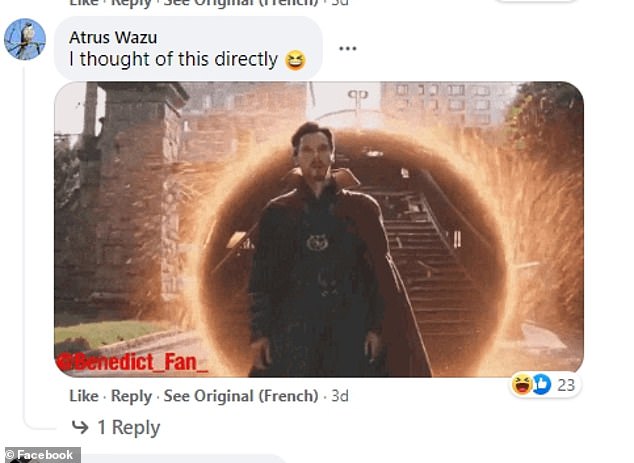 ‘We don’t have an explanation but we are far from specializing in this kind of phenomenon.’

In two days, the space association made contact with McDowell who was able to put an end to this mystery.

‘Given the time it happened, I look to see if there was a rocket launch at that time. Indeed there was – the only space launch that day took off from China just 15 minutes or so earlier, McDowell told DailyMail.com.

‘We know the orbit of that rocket because the US space force tracked it once it reached orbit. 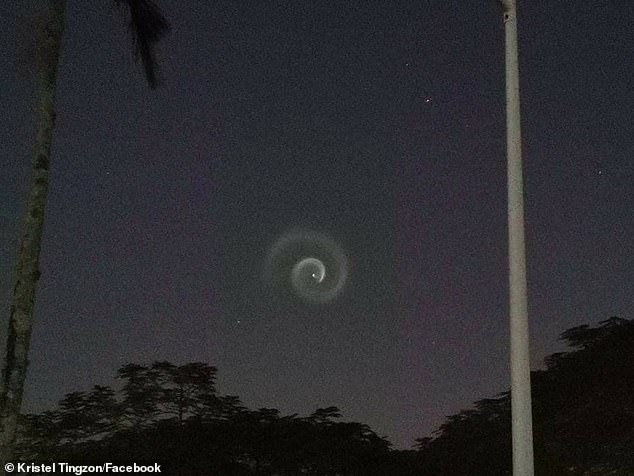 The spiral was spotted hours after China launched its Long March 2C from the Xichang Satellite Launch Center, which delivered three new Yaogan-30 satellites into orbit 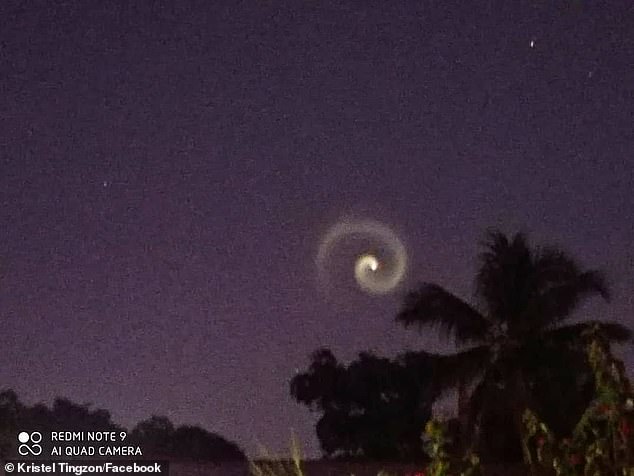 The Caledonian Astronomical Association also explained that after the rocket completed its mission, it expelled fuel to avoid exploding during reentry

‘I was then able to use standard orbit math to plot the trajectory – latitude and longitude of the rocket versus time – and confirmed that the track passed directly over New Caledonia and Vanuatu (where the spiral was seen), and not only that, it passed over those places within a couple of minutes of when the reports said the spiral was seen (and the reports were only accurate to a few minutes anyway).

‘So, perfect agreement in space and time – case closed, it was the Yaogan 30 launch, and furthermore the timing is right for the rocket to be venting excess propellant after having deployed the satellites it took to orbit.’

The phenomenon is similar to what was seen over Norway in December 2009.

A blue swirling light lit up the morning sky  that was a caused by Russia conducted a missile test in the area.

The jinxed Bulava intercontinental ballistic missile failed at the third stage after being test-fired from a submarine in the White Sea, Russia’s military said. 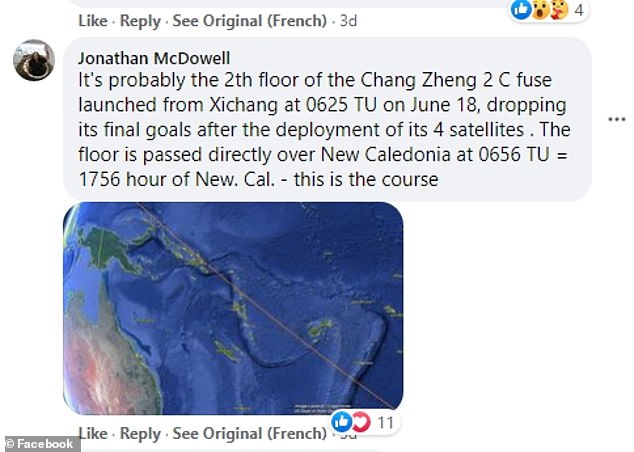 Jonathan McDowell, an American astronomer, weighed in the bizarre sighting, revealing it was gas released by China’s Long March 2C rocket that launched the same day 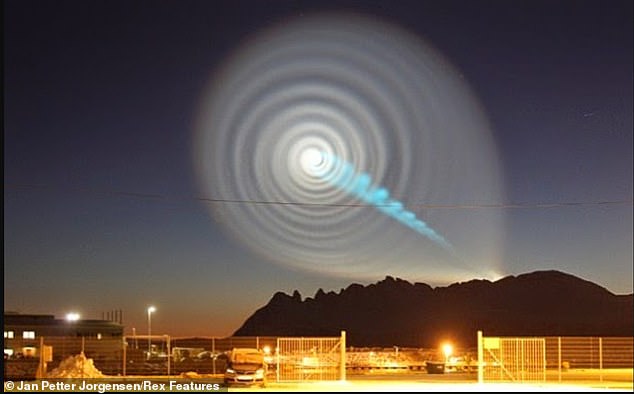 The phenomenon is similar to what was seen over Norway in 2009. A blue swirling light lit up the morning sky that was a caused by Russia conducted a missile test in the area

Norwegians were baffled when a blue light soared up close to the country’s Arctic region, formed a giant spiral and shot a green-blue beam from its center.

Onlookers describing it as ‘like a big fireball that went around, with a great light around it’ and ‘a shooting star that spun around and around.’