A “super blood moon” appeared in the sky early on Wednesday, but only certain parts of the world caught a glimpse.

Thanks to a total lunar eclipse, the moon took on a reddish hue around 7:14 a.m. ET in parts of North America, South America, Asia, and Oceania.

The event coincided with a supermoon — a full moon that happens when the moon is at the closest point in its orbit to Earth. Hence the nickname “super blood moon.” Wednesday’s moon is also referred to as the “Flower Moon” because it appeared in May.

Here’s what the lunar eclipse looked like around the world. 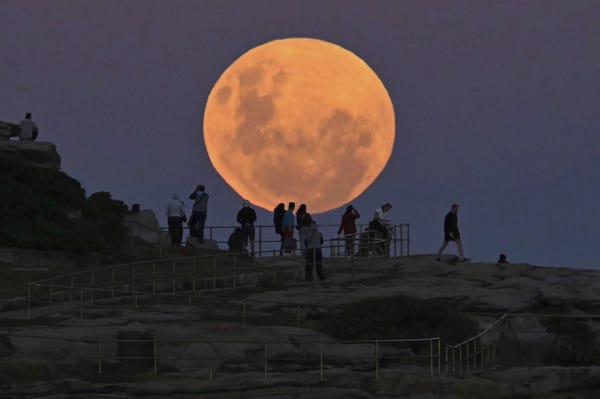 Countries in the Asian Pacific Rim, including China and Indonesia, saw the eclipse just after moonrise. 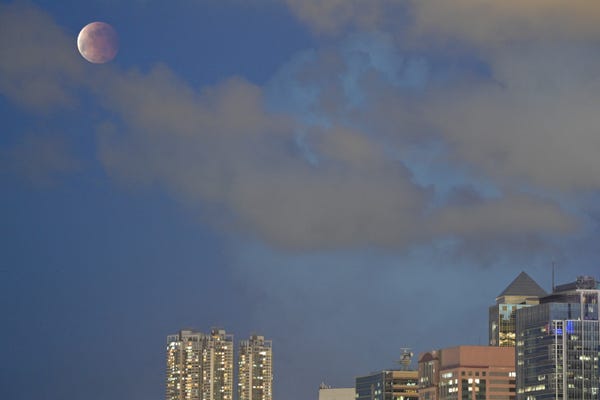 Alaska and Hawaii had the best vantage points in the US, but most western states also had a decent view. Some people east of the Mississippi saw a partial lunar eclipse. 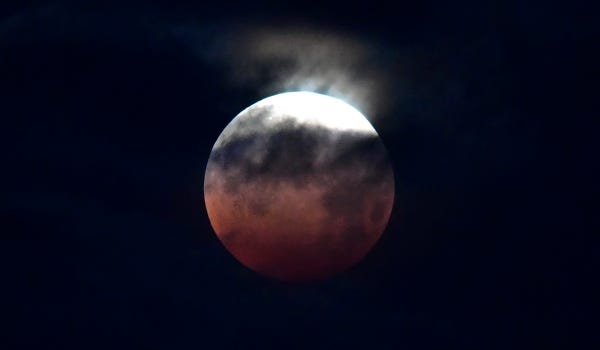 Supermoons, which happen a few times a year at most, are the biggest and brightest full moons of the year: about 7% bigger and 15% brighter, on average, than a typical full moon. 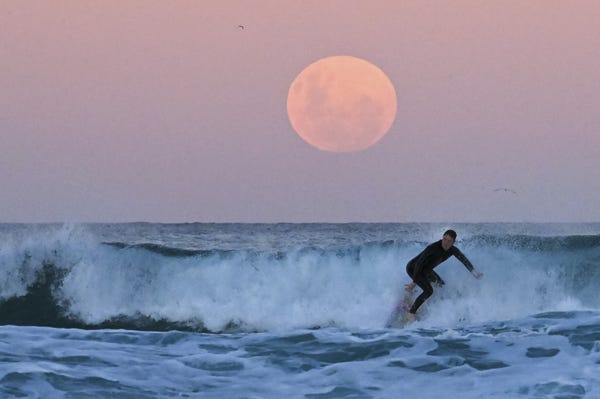 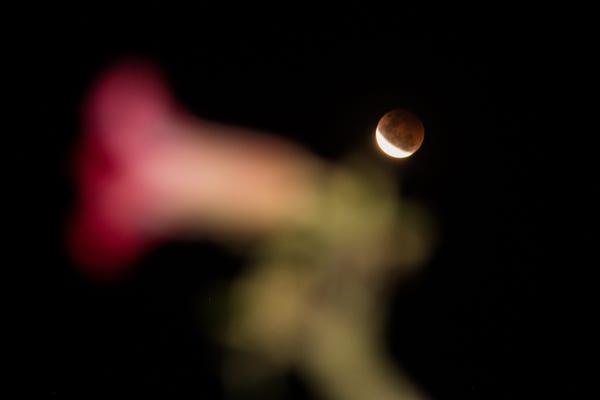 Wednesday's full moon was the second supermoon of 2021 — the first was in April — and also this year's last. 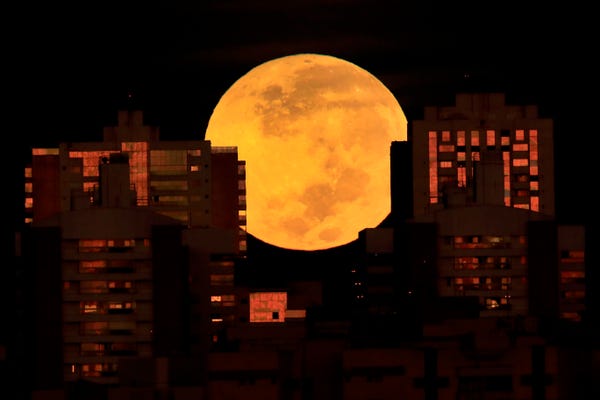 A lunar eclipse occurs when the moon and sun are on opposite sides of the Earth, and the moon enters Earth's shadow. The only light the moon gets is filtered through Earth's atmosphere, which tends to scatter blue light. Hence the red hue. 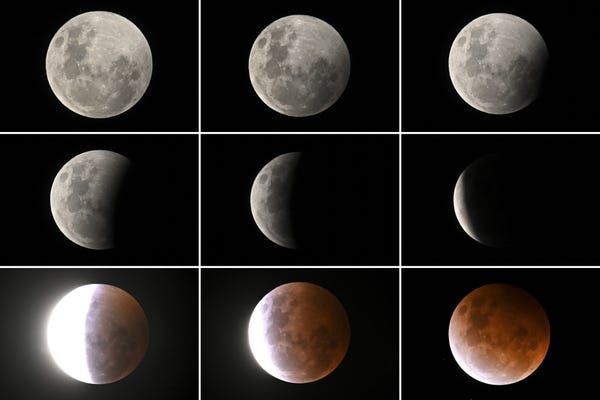 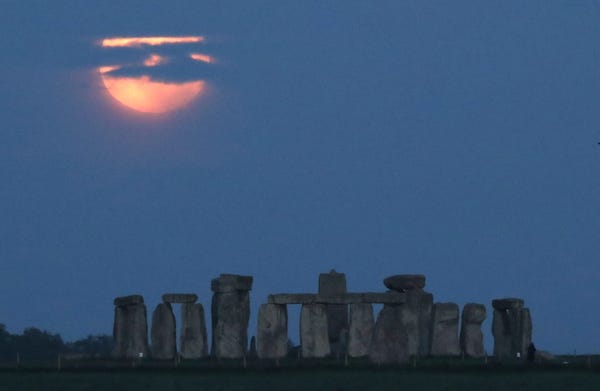 best vi, super blood moon, World
You may also like: