Earth is DIMMING due to climate change, study warns

Earth is DIMMING due to climate change: Warming oceans cause fewer bright clouds to reflect sunlight into space – trapping even more energy in our planet, study warns

Earth is dimming as the warmer oceans are causing fewer bright clouds to reflect sunlight into space, trapping more energy in our planet, a new study has warned.

Decades of measurements of earthshine – the light reflected from Earth that illuminates the surface of the moon – allowed the team from the New Jersey Institute of Technology to get a better picture of the impact of climate change.

They also made use of satellite measurements to discover that there has been ‘a significant drop in Earth’s reflectance’, or albedo, over the past two decades.

The Earth is now reflecting about half a watt less light per square metre than it was 20 years ago, according to the researchers.

The team said that half the drop in light happened in the past three years, after 17 years of flat albedo, mainly due to fewer low-lying clouds over the Pacific Ocean.

Scientists had hoped that a warmer Earth caused by climate change would create more clouds, and a higher albedo to moderate the warming, but the opposite appears to be happening, which could accelerate climate change. 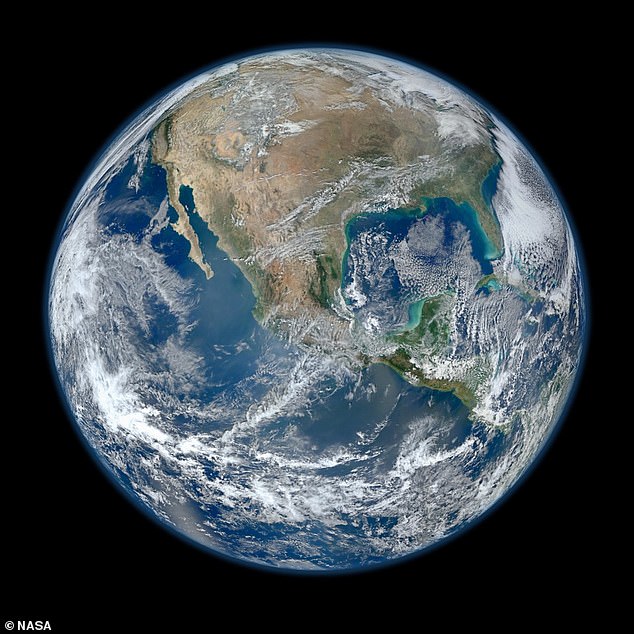 The Earth is dimming as the warmer oceans are causing fewer bright clouds to reflect sunlight into space, trapping more energy in our planet, a study warns 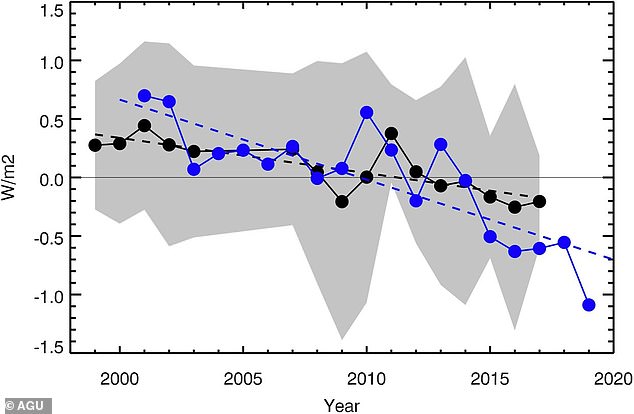 Albedo is a measure of the reflection of solar radiation from the Earth.

It is taken on a scale of zero to one, where one is white and zero is black.

A black body absorbs all incident radiation, and includes things like water, crops and forests.

At the other end of the scale, a white body reflects solar radiation into space, including snow and clouds.

Albedo is important in climatology, astronomy, and environmental management.

Earth’s average albedo is 30 to 35 per cent, fluctuating depending on the activity levels of the Sun.

It can also vary widely at a local level depending on cloud cover.

Climate change is causing some atmospheric changes, reducing cloud cover over some areas, and leading to a lower albedo.

This means that more of the Sun’s energy is entering the Earth and could result in warming oceans and overll higher average global temperatures.

If this happens, it would work to speed up and make climate change worse.

The team found that the Earth’s reflectance had dropped by about 0.5 per cent in the past three years – now reflecting 29.5 per cent of all sunlight.

‘The albedo drop was such a surprise to us when we analysed the last three years of data after 17 years of nearly flat albedo,’ said Philip Goode, lead author.

He was referring to the earthshine data from 1998 to 2017 that had been gathered by the Big Bear Solar Observatory in Southern California.

When the latest data was added to the previous years, the dimming trend became clear to the team.

Two things affect the net sunlight reaching the Earth: the Sun’s brightness and the planet’s reflectivity.

When looking for obvious changes in other observations that could result in this change in albedo, the team turned to NASA satellites.

Satellite measurements made as part of NASA’s Clouds and the Earth’s Radiant Energy System (CERES) project, revealed a reduction of bright, reflective low-lying clouds over the eastern Pacific Ocean in the most recent years.

That’s the same area, off the west coasts of North and South America, where increases in sea surface temperatures have been recorded.

This increase is down to the reversal of a climatic condition called the Pacific Decadal Oscillation, with likely connections to global climate change.

The dimming of the Earth can also be seen in terms of how much more solar energy is being captured by Earth’s climate system.

Once this significant additional solar energy is in Earth’s atmosphere and oceans, it may contribute to global warming, as the extra sunlight is of the same magnitude as the total human caused climate change over the last two decades, they said.

This matches the findings of a NASA study published in June, that found the Earth’s energy imbalance had doubled from 2005 to 2019.

This means more energy is being absorbed from the Sun than is reflected back to space, throwing the Earth’s energy ‘out of balance’ and warming the planet.

The Earth’s positive energy imbalance is due to increasing atmospheric pollution in the form of greenhouse gases like carbon dioxide (CO2), methane (CH4) and ozone (O3), researchers say. 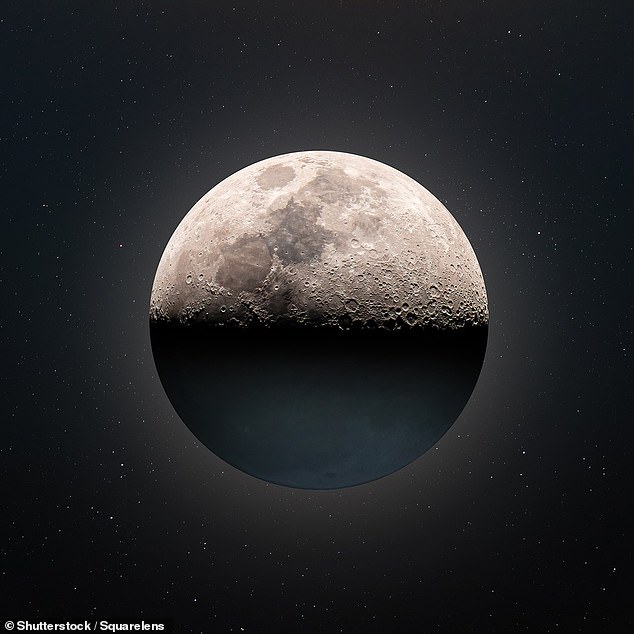 The team said that half the drop in light happened in the past three years, after 17 years of flat albedo – mainly due to fewer low-lying clouds over the Pacific Ocean

These pollutants block the Earth’s radiant heat from escaping into space, increasing absorption of sunlight and trapping heat within the atmosphere.

Unless the rate of heat uptake subsides, greater changes in climate than are already occurring should be expected, the experts warn.

‘It’s actually quite concerning,’ said Edward Schwieterman, a planetary scientist at the University of California at Riverside who was not involved in the new study.

For some time, many scientists had hoped that a warmer Earth might lead to more clouds and higher albedo, which would then help to moderate warming and balance the climate system, he said. ‘But this shows the opposite is true.’

The findings have been published in the journal Geophysical Research Letters.

Climat, dimming, due, Earth, is, to
You may also like:

Antarctica was burned by wildfires 75 million years ago, study finds