In the Australian outback, temperatures can soar to 113°F (45°C), meaning animals must do everything they can to stay cool.

Koala bears hug branches of eucalyptus trees, wombats hide in the cool ground, and kangaroos excessively sweat and pant up to 300 breaths per minute.

Echidnas, sometimes known as spiny anteaters, however, have found a unique way to keep its cool.

Researchers at Curtin University in Western Australia have found that the spiny creatures blow wet bubbles of snot out of their noses to prevent overheating. 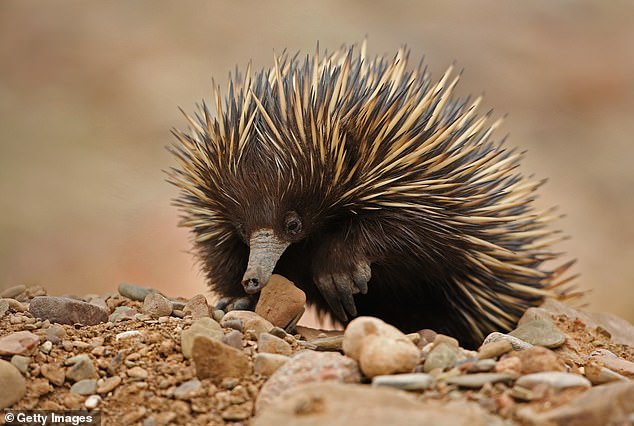 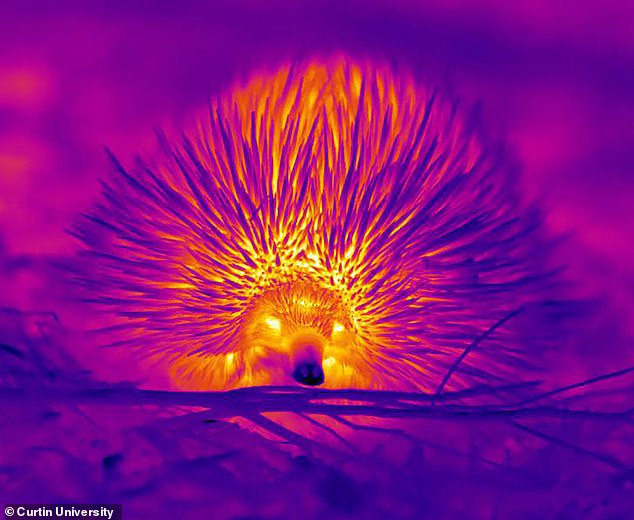 It gets very hot in the Australian outback with temperatures soaring higher than 113°F (45°C) at some points in the year.

This has meant its native animals have adapted to these conditions, in an attempt to remain as cool as possible.

According to the Royal Society, koalas do not sweat, but instead pant and lick their fur to lose heat by evaporation.

They also hug the branches and trunks of eucalyptus trees, with their limbs outstretched to help shed excess heat.

Kangaroos, like most mammals, sweat to get rid of excess body heat.

They are, however, unique in that they only sweat while they are hopping, according to PBS.

Once they come to a halt, they instead start panting at a rapid rate of up to 300 breaths/minute to ensure a constant airflow to their windpipes.

To cope with hot weather during the summer months, wombats rest in cool, humid burrows during the day, according to Bush Heritage Australia.

The animals only emerge to eat grass when temperatures drop at night.

Previous research has indicated that echidnas have a relatively low heat tolerance, and are unable to survive past their ‘lethal limit’ of 95°F (35°C).

However, the new study suggests that this is not actually the case.

Ecophysiologist and lead author of the study Christine Cooper explained: ‘We observed a number of fascinating methods used by echidnas to manage heat and which allow the animal to be active at much higher temperatures than previously thought

‘Echidnas blow bubbles from their nose, which burst over the nose tip and wet it.

‘As the moisture evaporates it cools their blood, meaning their nose tip works as an evaporative window.’

Using thermal cameras, the scientists were able to capture this bizarre adaptation on camera.

In some cases, the ground temperatures where the animals were hiding reached almost 117°F (47°C).

Despite this, the body temperature of the small creatures consistently stayed well below 86°F (30°C).

The tip of their beak remained the coolest point on their body, while their ears were the hottest part.

Along with blowing snot bubbles, the study, published in BiologyLetters, found their spines were able to provide flexible insulation to retain body heat.

Echidnas can lose heat from the spineless areas on their underside and legs, which work as ‘thermal windows’ that allow heat exchange.

The heat map showed the animals retaining heat in their spines but losing heat from spineless areas.

The creatures also perform belly flops to lose heat, using their bellies and legs to flop onto and press down on cool surfaces. 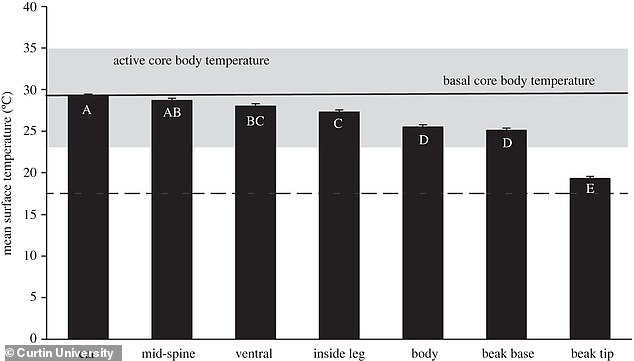 According to the research, the tip of the beak remains the coolest part of the body, whereas the ears remained the warmest 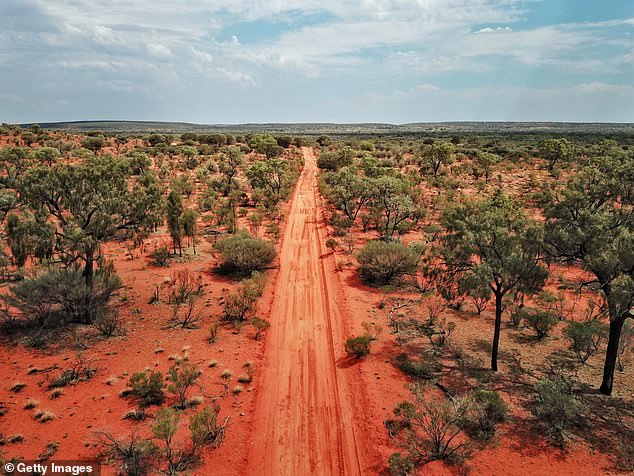 This helps to shed heat away from their bodies.

Dr Cooper added: ‘Echidnas can’t pant, sweat or lick to lose heat, so they could be impacted by increasing temperature and our work shows alternative ways that echidnas can lose heat, explaining how they can be active under hotter conditions than previously thought.’

While echidnas are widespread throughout Australia, they do remain elusive.

Last year, researchers at the University of Adelaide relied on civilians in Australia to record sightings of the small creature and their scat to try find out more about the animal.

As a result, the largest ever number of echidna sightings across Australia has been recorded – 12,000 since 2017 – making up a quarter of all such reports in the past 100 years.

The ‘very strange and unusual’ echidna penis remains a mystery to researchers who still don’t understand why it has four heads.

The ‘very long’ phallus makes up a third of the mammal’s body while erect, is bright red and has four endings, which can all be used for reproduction.

University of Queensland researcher Dr Steve Johnston co-authored a study on the short-beaked echidna’s impressive member, but said only ‘the creator God’ knows why it is so bizarrely shaped.

It may be to please the insatiable female echidna, who scientists believe may mate with up to a dozen males while ovulating.

WARNING: GRAPHIC CONTENT: This Australian animal has the ‘weirdest penis’ in the animal kingdom

Green alternatives to burial and cremation could be on the way

Parents can now monitors where their children are on new app

Seat by seat, scientists reveal risk of dying in an airplane crash

'Singing' ice: Listen to the 'alien' sounds at Earth's poles

Turkey earthquake map: Where in Syria and Turkey did the quake hit?