Egypt: Church fire in Giza leads to over 40 reported deaths

A leading Egyptologist has claimed that the Egyptian queen Nefertiti could in fact be hiding behind a hidden door within Tutankhamun’s tomb after the discovery of hidden hieroglyphics unleashed new evidence to boost the famous theory. Nicholas Reeves, a former curator in the British Museum’s Department of Egyptian Antiquities, has claimed that while the theory remains unproven, he found ancient cartouches exposing new Egyptian secrets. The expert discovered that cartouches depicting Tutankhamun buried under Ay, his predeccessor, had in fact been painted over cartouches of Tutankhamun burying Nefertiti, the Guardian reports.

Neferneferuaten Nefertiti was a queen of the 18th Dynasty of Ancient Egypt, the same period as Tutankhamun, and she was the great royal wife of Pharaoh Akhenaten.

While her tomb has never been found, some experts claim she may in fact be hidden within Tutankhamun’s tomb – KV62.

Known by many as King Tut, the pharaoh of the 18th Dynasty could be the most well-known royal of Ancient Egypt, inheriting the throne at the age of just eight-years-old, leading him to be dubbed the “Boy King”. Several experts have even claimed that there is a possibility that Nefertiti was the Boy King’s mother.

According to Mr Reeves, the pair may have even been put to rest in the very same location. He told the Guardian: “I can now show that, under the cartouches of Ay, are cartouches of Tutankhamun himself, proving that that scene originally showed Tutankhamun burying his predecessor, Nefertiti. You would not have had that decoration in the tomb of Tutankhamun. 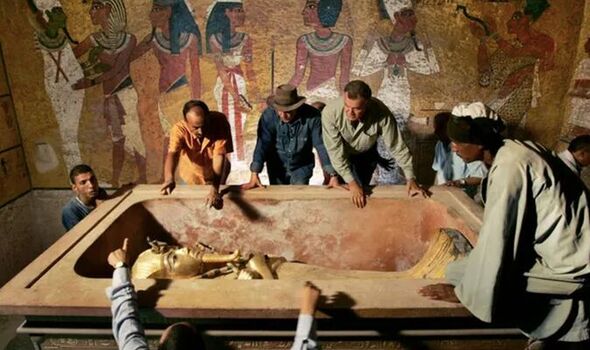 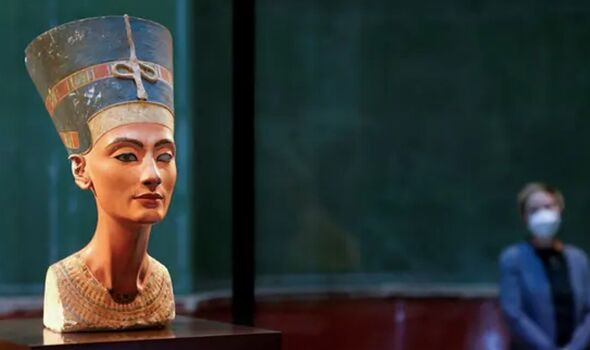 “Close inspection of Ay’s cartouches reveals clear, underlying traces of an earlier name – that of Tutankhamun. In its original version, this scene had shown Tutankhamun performing the funerary ritual for the tomb’s original owner, his immediate predecessor … Nefertiti.”

And on the north wall of the tomb, cartouches reportedly depict Ay holding a ceremonial adze while carrying out the ritual of “opening the mouth” of the mummy. This practice was carried out as ancient Egyptians believed that it would restore the five senses of the deceased.

Mr Reeves was later quoted in the Guardian saying: “This conclusion finds absolute confirmation in the figures’ facial profiles – the snub nose and chubby under-chin of the [figure] currently labelled as Ay follow … precisely the standardised facial outline adopted for official representations of Tutankhamun at the very start of his kingship.

“The face of the mummy carries the indisputable features of Nefertiti. Demonstrably, the scene had begun its life as a record of Tutankhamun officiating at the burial of his predecessor.” 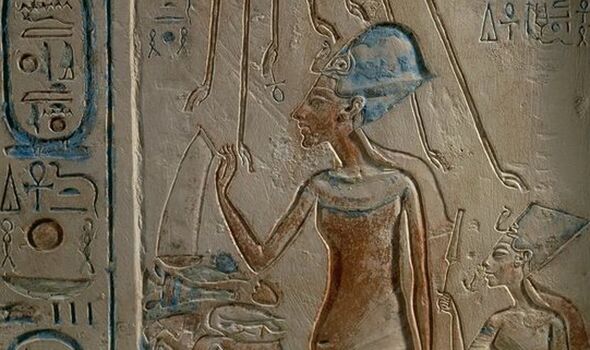 On the decorated north wall, the later cartouches show Ay holding a ceremonial adze and performing the ritual of “opening the mouth” of the mummy, to restore the deceased’s five senses.

Back in 2015, Mr Reeves claimed to find what appeared to be the traces of two sealed doors, which he argued would lead to Nefertiti’s untouched tomb.

In fact, back in 2020, Express.co.uk spoke exclusively to his colleague Chris Nauton, the author of Searching for the Lost Tombs of Egypt, about this fascinating “false wall” discovery.

Speaking to Express.co.uk’s Callum Hoare, Mr Nauton said: “Nefertiti comes under the handful of royals who came immediately before Tutankhamun. We’re basically talking about Akhenaten – his Great Royal Wife and somebody called Smenkhare.

“Some people believe Nefertiti and Smenkhare are the same person, and possibly one or two others as well. There’s a whole raging debate about whether Nefertiti is hiding under a different name, she’s a magnet for speculation. 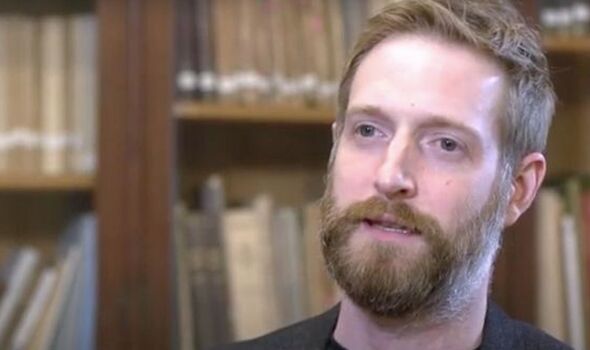 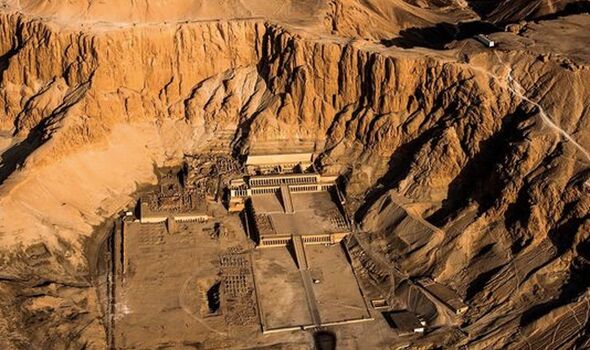 “In 2015, a colleague of mine, Nicholas Reeves, who had studied the three-dimensional surfaces of the walls in KV62, came up with the idea that a couple of the walls are not solid bedrock – they are false walls and there’s something beyond them.

“This led him to then hypothesise that the tomb was originally a much bigger tomb and basically a corridor in that tomb was blocked and then slightly widened to create the burial chamber.

“This was to conceal this corridor, which leads to another tomb and for various reasons he suggests this is the tomb of a royal woman of the approximate period of Tutankhamun and Akhenaten. There’s only one candidate for a tomb like that and it’s Nefertiti – whose tomb, burial and body have never been found.”

Now, Mr Reeves’ latest discovery has added even more weight to the theory that the Beaty Queen may well lie inside the mighty resting place of King Tut.