Egypt: Architect develops theory about inside of pyramids

The Giza Pyramid Complex comprises the Great Pyramid of Giza — the only surviving wonder of the ancient world — the pyramids of Khafre and Menkaura, and the Great Sphinx of Giza. All were constructed during the Egyptian Old Kingdom’s Fourth Dynasty, between around 2600–2500 BC. Exactly how these marvels were constructed has fascinated scholars for centuries.

The new study was undertaken by environmental geographer Hader Sheisha of the Aix-Marseille University and her colleagues.

They explained: “The pyramids of Giza originally overlooked a now defunct arm of the Nile.

“This channel, the Khufu branch, enabled navigation to the Pyramid Harbour complex.”

However, they added, “its precise environmental history is unclear”. 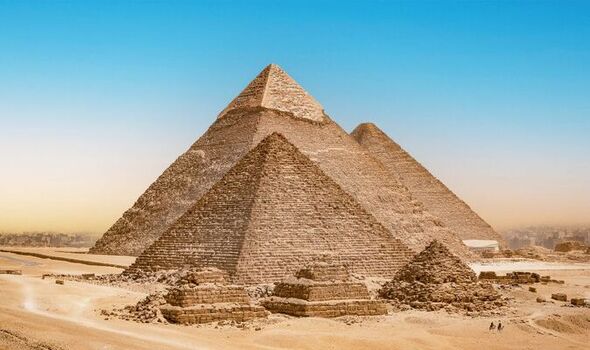 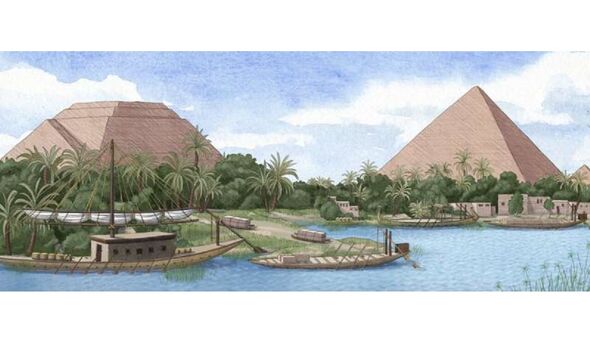 To investigate further, the researchers examined sediment cores previously collected from several sites in and around Giza, focussing on the fossilised pollen grains trapped within.

Together, these allowed the team to reconstruct the history of the now-dried-up Khufu branch of the Nile over the last 8,000 years.

They found that once — around 4,000 years ago — the Khufu branch reached nearly all the way to Giza, more than four miles from the Nile. 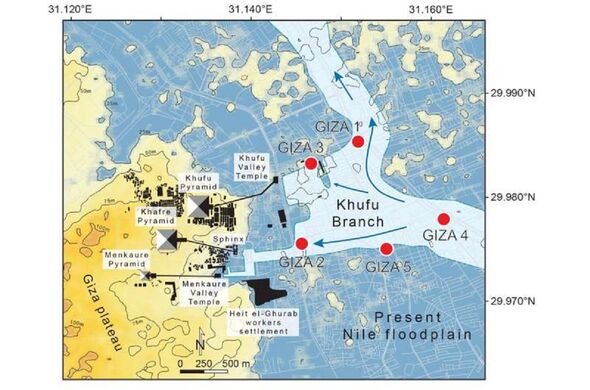 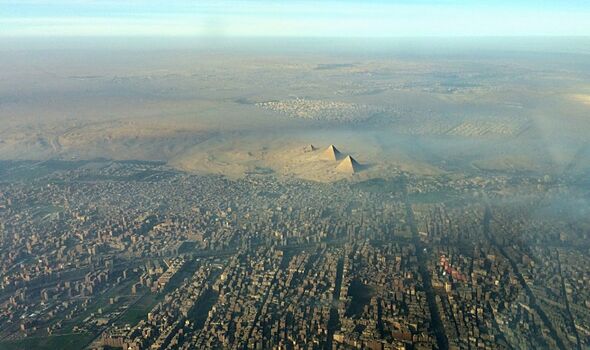 The team continued: “The Khufu branch remained at high-water level — around 40 percent of its Holocene maximum — during the reigns of Khufu, Khafre and Menkaure.”

These were the three Pharaohs responsible for the construction of the pyramids.

Given this, the researchers added, the Khufu branch would have facilitated the “the transportation of construction materials to the Giza Pyramid Complex.”

The fossilised pollen grains found in the ancient sediment samples mostly came from flowering grasses similar to those that line the banks of the Nile today.

However, the team also found evidence of a few marsh plants of the kind that typically grow on the edges of lakes — indicating that the Khufu branch must have remained at high levels in these areas long enough for nature to consider the water features permanent. 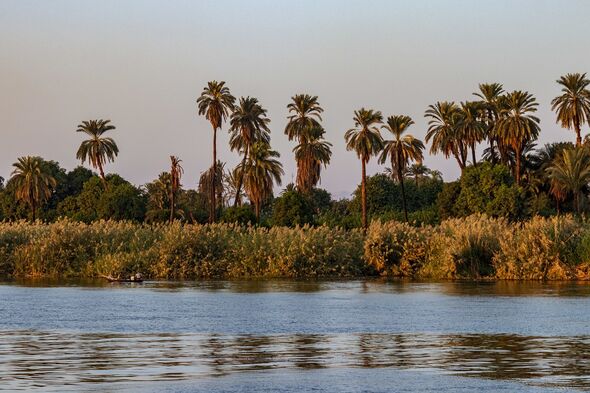 The researchers added: “After a high-stand level concomitant with the African Humid Period, our results show that Giza’s waterscapes responded to a gradual insolation [solar radiation] -driven aridification of East Africa.”

The Nile began to drop, they explained, not long after the reign of King Tutankhamun, which ended in the year 1323 BC.

Evidence for the aridification of Egypt at this time has also been found in the bones and teeth of mummified individuals.

The lowest Nile levels, the team noted, were recorded at the end of the Dynastic Period, which concluded with the death of Cleopatra in 30 BC.