Known affectionately around-the-world as King Tut, the 18th Dynasty pharaoh is arguably the most famous royal of ancient Egypt. The discovery of his tomb – KV62 – by Howard Carter stunned the world in 1922, but within months of opening the boy king’s sarcophagus, six archaeologists died, as well as Lord Carnarvon – the sponsor of the expedition. The mystery came to be known as the Curse of the Pharaohs after reports at the time claimed the tomb was engraved with a curse promising that “death shall come on swift wings to him who disturbs the peace of the king”.

And while the question of whether the curse was real or not still rumbles on for some, former Minister of Antiquities, Dr Hawass, has revealed he was also later “subjected to some incidents” in 2005.

He told Daily News Egypt in February: “This included while I was involved in conducting the CT scan on the mummy of Tutankhamun and the device stopped.”

However, Dr Hawass is adamant it was “not related” to the so-called curse and has long dismissed any such claims.

He added: “If you locked a mummy in a room for 3,000 years, and then opened it, you would have to bear in mind that invisible germs are likely to grow in this environment, which could affect the modern-day archaeologist and lead to their death. 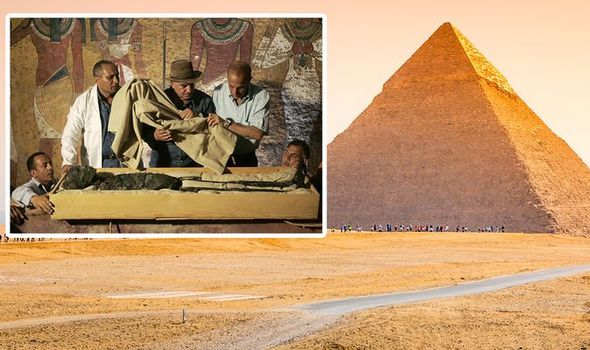 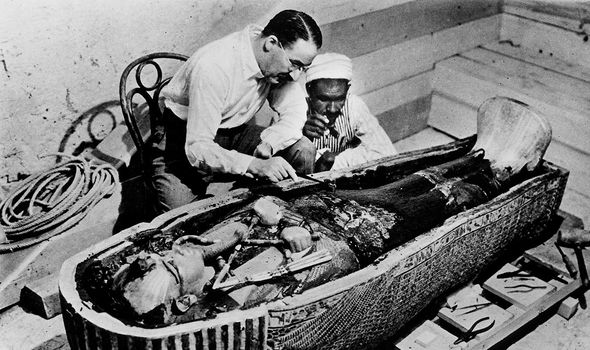 “So what I am doing now is, after I discover a new tomb, I leave it open for several hours after the discovery to replace the bad air with fresh air.”

Today, scientists believe the so-called curse is actually due to decomposed organic material that can enter open wounds and spread infection.

Archaeologists now wear protective masks when entering such resting places, but there have continued to be bizarre experiences.

Some have detailed very vivid dreams, claiming to be “haunted” by the mummies they apparently disturbed.

During the same interview, Dr Hawass said that he has now resumed working in the western part of the Valley of the Kings and is hoping to locate the tomb of Queen Nefertiti. 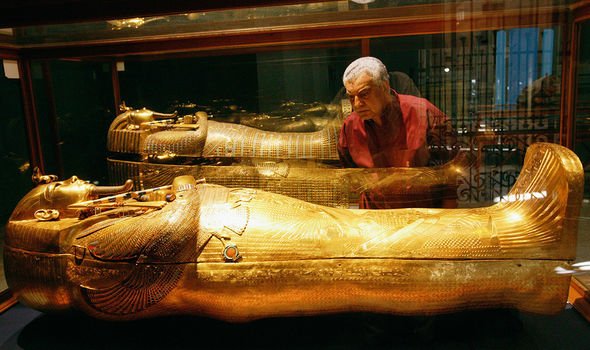 He highlighted that the discovery would be the greatest of the 21st-century, before adding that he had a big announcement to make this month.

DNA analysis now points to Tutankhamun’s father being Pharaoh Akhenaten, reported to be the mummy found in the tomb KV55 – across the road in the Valley of the Kings – and some are arguing his mother was Nefertiti, the Great Royal Wife.

Dr Chris Naunton, the author behind ‘Searching for the Lost Tombs of Egypt,’ previously revealed to Express.co.uk why Nefertiti could be hiding close to KV62.

He said: “A non-invasive survey detected an anomaly in the vicinity of the tomb, in the area of Tutankhamen’s tomb that is.

“It wasn’t clear whether that was an undiscovered part of Tutankhamen’s tomb, or a separate tomb or something else under the ground completely hidden.

“There have been excavations ongoing in that area for the last year or two – I assume those have been stopped since the pandemic hit. 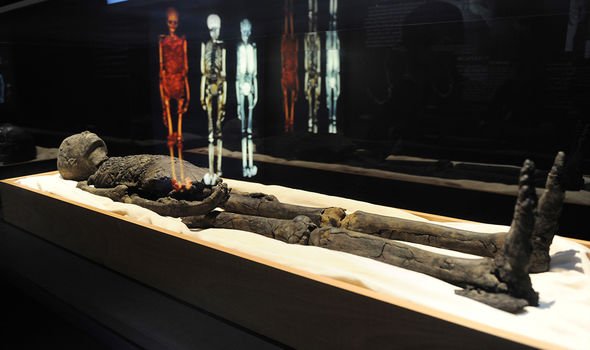 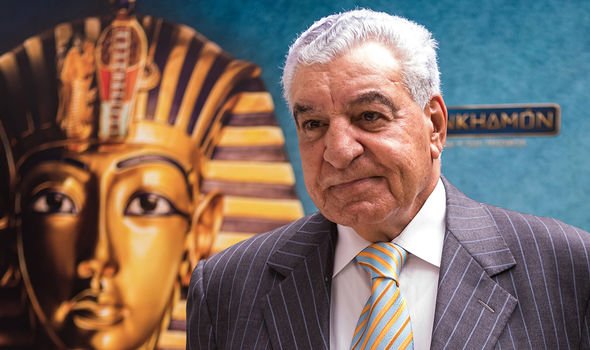 “If I had to predict where that is going to go, I think those excavations will continue and, eventually, they will be able to prove or disprove if there is anything under the surface.”

Dr Naunton explained why finding Nefertiti could be a strong possibility.

He detailed: “The reason for thinking it is Nefertiti is we know that part of the Valley of the Kings was a place where tombs were being cut and built in her time.

“So, if you knew for sure there is a tomb under the ground there, she is a strong possible candidate.

“We just don’t know until we get close enough to seeing if it is man-made or not.

“If it’s Nefertiti, and we can prove that, and it’s a pretty unspectacular burial, it would still be front-page news all over the world.

“If it turns out it’s an intact tomb, similar to Tutankhamun’s, that would be front-page news every day for six months.”