Tesla boss Elon Musk has claimed that a Tesla Roadster due to be released next year will be able to fly. Details about how the electric vehicle will fly are scant, with Mr Musk nonchalantly making the claim on Twitter.

The account posted a video of the new Roadster, alongside the caption: “Can’t believe this car can fly a little bit per @elonmusk. SpaceX package is gonna be unreal.”

Mr Musk responded: “This will actually be able to fly very briefly. I always laughed at flying cars & now making one.”

In a separate conversation, the Tesla boss revealed that the version of the Roadster which will be able to fly will be part of a ‘SpaceX package’. 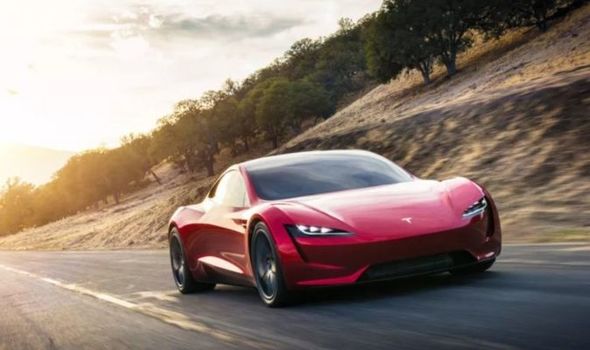 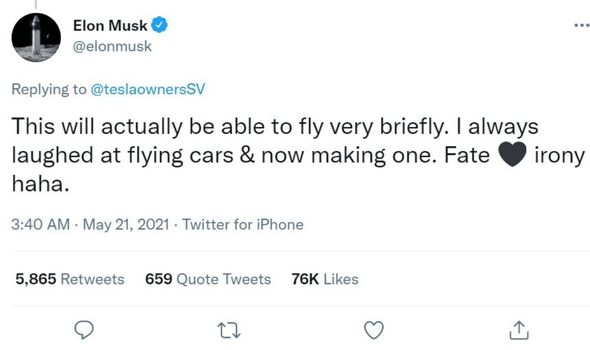 This will include “10 rocket thrusters, arranged seamlessly around the car”.

With the rockets installed, the Roadster will be able to reach 60 miles per hour in just 1.1 seconds.

That speed would break the current world record for quickest 0-60, currently held by the Koenigsegg Gemera which can do it in 1.9 seconds. 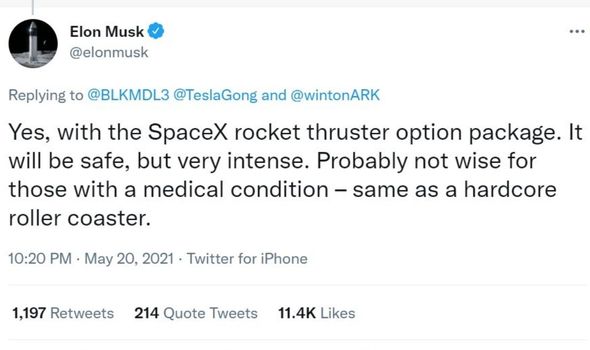 “It will be safe, but very intense. Probably not wise for those with a medical condition – same as a hardcore roller coaster.”

Mr Musk and Tesla have recently caused controversy after deciding to stop accepting Bitcoin payments of the electric cars, citing environmental concerns as the reason.

The decision marked a drastic U-turn as it was only in February that Tesla began accepting the cryptocurrency as payment.

As a result, the price of Bitcoin dropped by $10,000 in just 24 hours after Mr Musk’s announcement.