The Florida sky exploded with light and ferocious rumbling on Friday morning as a SpaceX Falcon 9 rocket roared to life at NASA’s Kennedy Space Center launchpad.

Elon Musk watched from a distance as the rocket climbed, a bright fireball in the dark sky, bound for the International Space Station. He hadn’t gotten any sleep.

“I usually can’t sleep the night before launch, and that’s true of the night before this one,” Musk, who is the founder, CEO, and chief engineer of SpaceX, said in a press conference after the launch.

That’s because there were four astronauts at the top of that rocket — Shane Kimbrough and Megan McArthur of NASA, Akihiko Hoshide of the Japan Aerospace Exploration Agency, and Thomas Pesquet of the European Space Agency. They were strapped into the Crew Dragon Endeavour, the same spaceship that carried SpaceX’s first astronauts into orbit last May.

The launch of that first flight, called Demo-2, left Musk “overcome with emotion.” 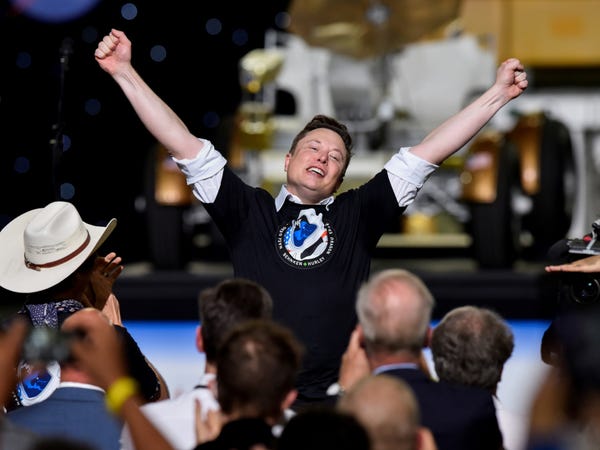 Ahead of that first flight, Musk said he felt responsible for the astronauts’ lives. The spaceship and launch system had undergone thousands of tests, but if something went wrong, Musk said, it would be his fault.

The mission that just launched, called Crew-2, is SpaceX’s third astronaut flight for NASA. But Musk said that doesn’t make the emotional experience much easier for him.

“It’s very, very intense,” he said. “I suppose it does get a little bit easier. But it’s so extremely intense.”

He added: “It’s hard to believe that we’re here doing this, quite frankly. It feels like a dream.”

This was the first SpaceX mission to launch astronauts on a reused spaceship. The rocket booster was also recycled — another first for SpaceX’s crewed flights. It’s the same booster that launched the preceding mission, Crew-1, in November. 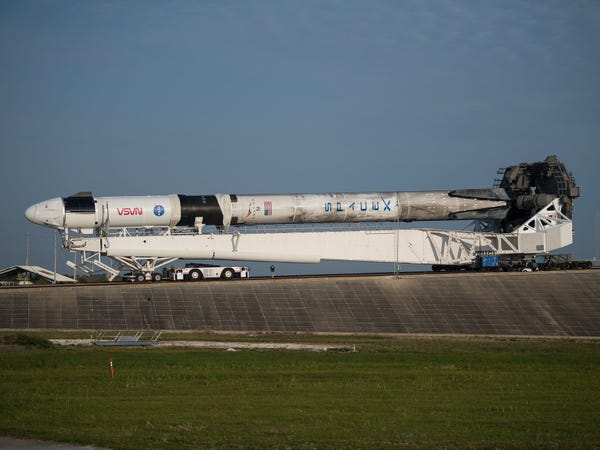 “It’s probably good to have a flight or two under its belt,” Musk said on Friday. “I think if it was like, you know, an aircraft coming out of an aircraft factory, you’d want the aircraft to probably have gone on a test flight or two before you put passengers on.”

NASA has contracted four more SpaceX flights like this one. The agency also announced last week that it plans to use a different SpaceX vehicle, Starship — which Musk hopes will be fully reusable — to land the next astronauts on the moon. Crew Dragon is also poised to carry the first civilian spaceflight in history, called Inspiration-4, in September.

“The future’s looking good,” Musk said. “I think we’re at the dawn of a new era of space exploration.”