Facebook, Google, TikTok and Twitter have committed to improving their reporting systems and handing users more control over their experience as part of an initiative to tackle the abuse of women online.

It comes as hundreds of prominent women around the world, including Diane Abbott, Emma Watson and Annie Lenox, have published an open letter urging the platforms to make their sites safer.

The four technology giants have made the commitments during the United Nations Generation Equality Forum in Paris.

The commitment comes after a year-long campaign led by the World Wide Web Foundation, which saw experts, government and women affected by online abuse come together to create solutions to the issue. 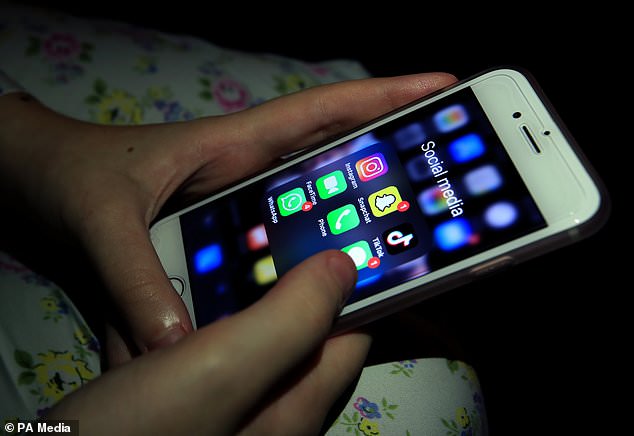 They focus on improving the features which will enable users to better manage who can engage with their posts and more options to filter certain types of content, as well as strengthening reporting systems so users can track and manage reports of abuse.

The open letter recognises the pledges made by the tech giants and urges them to act upon them. 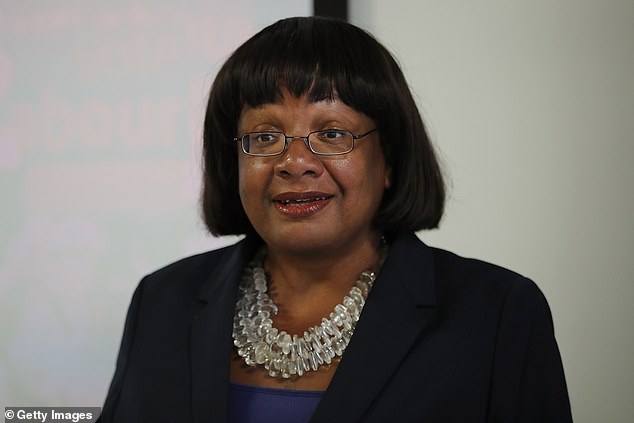 The open letter recognises the pledges made by the tech giants and urges them to act upon them, and was signed by women including Diane Abbott 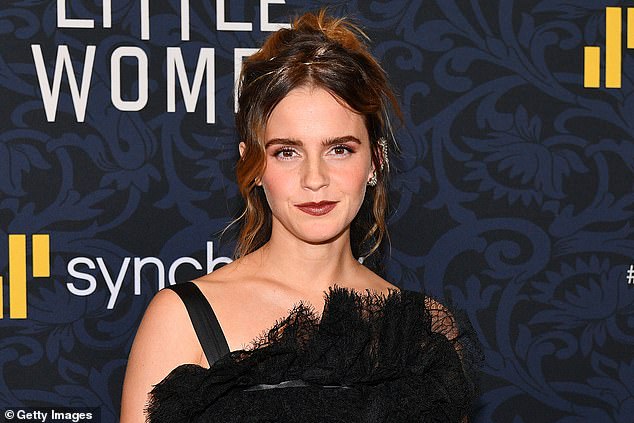 Emma Watson was among the prominent women who signed an open letter, urging the online platforms to update their systems

The letter says the announcement is a ‘historic opportunity’ for the companies and calls on them to tackle ‘one of the biggest barriers to gender equality: the pandemic of online abuse against women and girls’.

According to research on the issue, 38 per cent of women globally have directly experienced abuse online, rising to 45 per cent among younger women.

The UN Forum in Paris is being held to discuss how to advance women’s rights around the world.

Emily Sharpe, Web Foundation director of policy, said: ‘With today’s announcement, these companies have established themselves as leaders in the fight against the abuse of women online.

‘This collaboration has shown the promise of smart, evidence-led change in tech that is open and connected to people’s real online experiences.

‘We’ll be tracking these companies against the commitments they’ve made and will publish annual reports showing their progress.

‘We expect other companies to join these four and step up to the challenge.’

Facebook has disclosed its rules and guidelines for deciding what its 2.2 billion users can post on the social network.

The full guidelines can be read here. Below is a summary of what they say:

Facebook says it considers the language, context and details in order to distinguish casual statements from content that constitutes a credible threat to public or personal safety.

Facebook does not allow any organizations or individuals that are engaged in terrorist, organized hate, mass or serial murder, human trafficking, organized violence or criminal activity.

Facebook says it prohibit people from promoting or publicizing violent crime, theft, and/or fraud. It does not allow people to depict criminal activity or admit to crimes they or their associates have committed.

The social network says people can draw attention to harmful activity that they may witness or experience as long as they do not advocate for or coordinate harm.

The rules for ‘credible violence’ apply for suicide and self-injury.

Facebook does not allow content that sexually exploits or endangers children. When it becomes aware of apparent child exploitation, we report it to the National Center for Missing and Exploited Children (NCMEC).

The site removes images that depict incidents of sexual violence and intimate images shared without permission from the people pictured.

Facebook’s harassment policy applies to both public and private individuals.

It says that context and intent matter, and that the site will allow people to share and re-share posts if it is clear that something was shared in order to condemn or draw attention to harassment.

Users should not post personal or confidential information about others without first getting their consent, says Facebook.

Facebook does not allow hate speech on Facebook because it says it creates an environment of intimidation and exclusion and in some cases may promote real-world violence.

It will, however, allow graphic content (with some limitations) to help people raise awareness about issues.

The site restricts the display of nudity or sexual activity.

It will also default to removing sexual imagery to prevent the sharing of non-consensual or underage content.

It defines this as content that targets victims of serious physical or emotional harm.

It does not allow people to use misleading or inaccurate information to artificially collect likes, followers or shares.

Facebook will require people to connect on Facebook using the name that they go by in everyday life.

Facebook says that there is also a fine line between false news and satire or opinion.

For these reasons, it won’t remove false news from Facebook, but, instead, significantly reduce its distribution by showing it lower in News Feed.

Facebook will memorialise accounts of people who have died by adding “Remembering” above the name on the person’s profile.

The site will not remove, update or change anything about the profile or the account.