A father and his two sons have unearthed a stunning medieval treasure trove buried in the 1470s from the “real life” Game of Thrones, which has been sold for thousands of pounds.

Jeff, Michael and Nick Warden were left stunned when they came across the spectacular treasure buried by a soldier during the War of the Roses.

The soldier is thought to have died in one of the numerous battles in the 15th Century war, which was a source of inspiration for the hit TV and epic book series Game of Thrones.

The father and sons stumbled across the collection of 21 coins and a gold ring in Harrogate in North Yorkshire. Father Jeff Warden, 65, was the first to uncover some treasure, detecting a silver penny while investigating a stubble field with a metal detector.

Next were his sons Michael, 41, and  Nick, 42, who soon after dug up plenty of other coins as their detectors went into a frenzy. 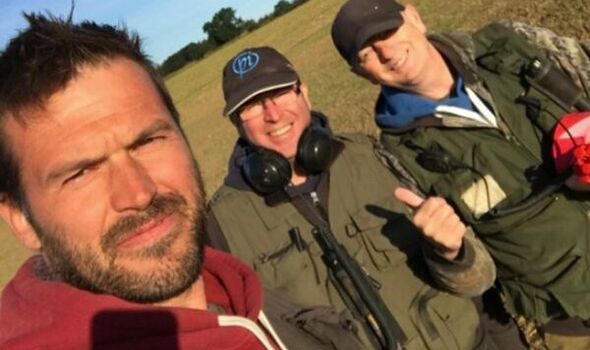 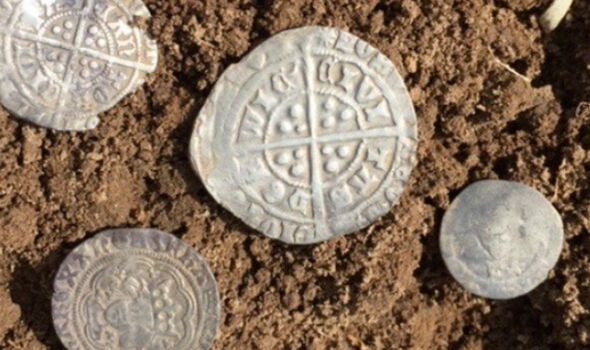 The gold ring the family discovered at the bottom of a 12-inch deep hole, which experts claim is “one of the most unique ever uncovered”, has now sold for a staggering £6,500 at auctioneers Noonan’s of Mayfair, London.

Nigel Mills, specialist at the Noonan’s, said: “The hoard dates to the late 1470s and was deposited during the Wars of the Roses, a conflict fought between the Lancastrians and the Yorkists lasting for 30 years from 1455 to 1487. The hoard is very unusual comprising 21 coins with a face value of two shillings and threepence together with the gold ring.

“The earliest coins date from the reign of Edward IV, of the House of York, in the 1460s, while the newest date from his second reign after he deposed Henry VI in 1471. I cannot think of any other hoard like this one. The fact that the coins are not particularly valuable suggests they did not belong to a wealthy person.

“The gold coin may have functioned as a lucky charm because of the depiction of the Holy Trinity.” 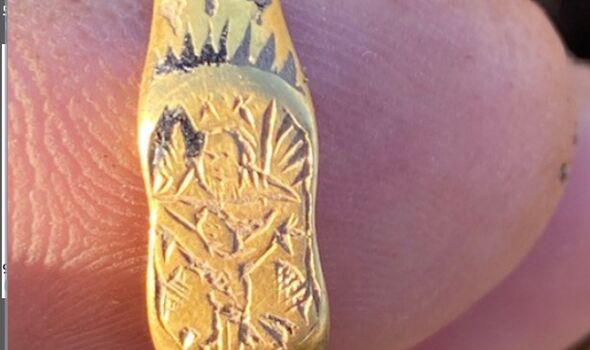 Mr Mills suspects that the ring was likely buried as the soldier prepared for battle, but was likely killed in the conflict before he could come and retrieve the hidden treasure.

He continued: “The coins appear to have been buried hastily – this was a decision by someone to bury the belongings they happened to be carrying at the time. It is likely that they were preparing for battle. The fact that the hoard was never recovered suggests that they were killed.”

It is also unclear which side of the war the soldier would have fought on in the conflict, but it is thought that they were drafted further south before setting off from northern England.

Mr Mills added: “It is impossible to say which side they would have fought for but one of the coins, the silver groat, was minted in Norwich. That suggests that they were drafted further south before travelling north.” 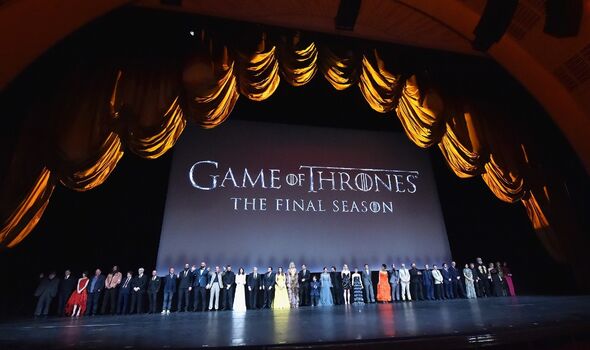 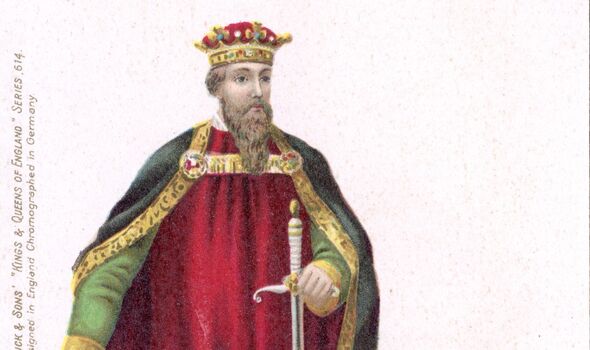 The Wars of the Roses occurred between 1455–85 and were a series of dynastic civil wars which were very violent and came before the strong Government of the Tudors.

They were fought between the houses of Lancaster and York in a battle for the English throne. The name is said to come from the badges of the different sides involved in the conflict – the white rose of York and the red rose of Lancaster.

Both houses had a claim to the throne via descent from the sons of King Edward III.

HBO’s popular series Game of Thrones is based on the A Song of Fire and Ice book series written by George R.R. Martin, and is about the political struggle between House Lannister and House Stark.