Follow
Home » Science » Fauci says China should share the medical records of Wuhan lab staff who were ill in fall 2019: 'What did they get sick with?'

Fauci says China should share the medical records of Wuhan lab staff who were ill in fall 2019: 'What did they get sick with?'

A year and a half ago, before the world had ever heard of the new coronavirus, three staff at a Wuhan lab got sick enough that they went to a hospital.

They worked for the Wuhan Institute of Virology (WIV) — a high-level biosafety lab where researchers had been studying coronaviruses before the pandemic. A US intelligence report described in a The Wall Street Journal story last month said the staff members’ symptoms were “consistent with both COVID-19 and common seasonal illness.” The three workers were hospitalized more than a month before Chinese officials identified the first COVID-19 cases in Wuhan.

Although an intelligence official said the report lacked sufficient corroboration, it has helped foster renewed interest in the theory that the coronavirus leaked from the Wuhan lab.

Anthony Fauci, head of the National Institute of Allergy and Infectious Diseases, said this week that he wants China to publicly share the WIV workers’ medical records. Although investigators from the World Health Organization knew about the lab workers’ illnesses, their report concluded the coronavirus was not the cause.

Fauci, however, said the full, detailed records are needed.

“I would like to see the medical records of the three people who are reported to have got sick in 2019,” Fauci told the Financial Times on Friday. “Did they really get sick, and if so, what did they get sick with?” 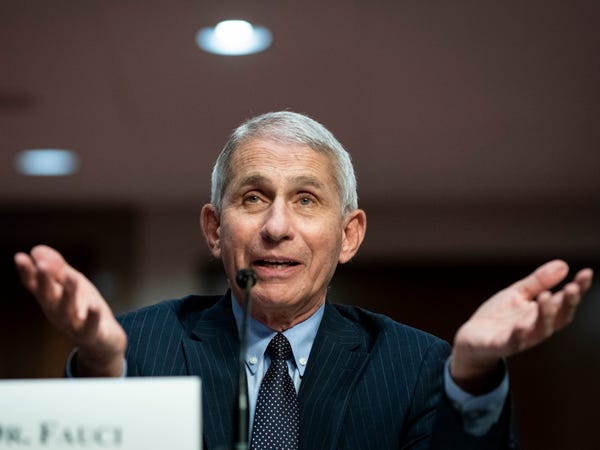 The report from the WHO investigation said that all blood samples collected from WIV staff tested negative for coronavirus antibodies. It added that the lab had not reported any “COVID-19 compatible respiratory illness” among its workers prior to December 2019.

Leading WIV virologist Shi Zhengli has also said that none of her staff were ever infected with the new coronavirus, or any other coronaviruses, while working at the lab.

But Marion Koopmans, a virologist on the WHO’s investigation team, told NBC News that Chinese researchers informed her group that the WIV workers were tested for coronavirus antibodies in March and April of 2020. That’s about six months after the three staff were hospitalized. Some research has suggested coronavirus antibodies decline measurably at the six-month mark.

According to WHO director-general Tedros Adhanom Ghebreyesus, Koopmans’ team also faced difficulties overall in accessing raw COVID-19 infection data and patient blood samples from in and around Wuhan during their investigation. For the most part, a collaborating group of Chinese scientists and experts provided WHO investigators with access to the information the team used to make their conclusions.

In their report, the team recommended testing blood samples collected in Wuhan between September and December 2019 for coronavirus antibodies. This indicates that few, if any, of those samples were made available to the WHO experts.

“We need better access to all the information,” Fauci said on MSNBC’s “Morning Joe” on Thursday.

Experts need to find out whether those WIV workers actually got sick in the first place, Fauci added, and if so, “what was the nature of their illness.” 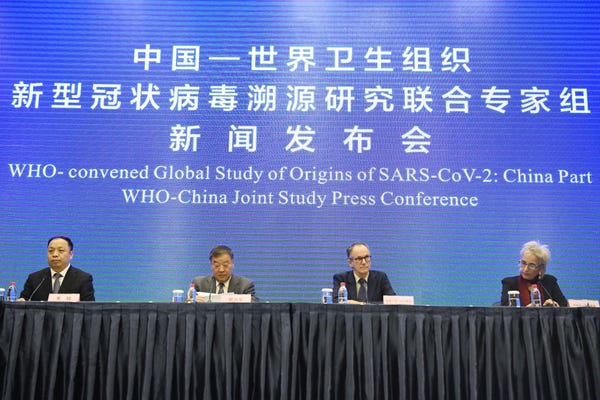 Even if it turns out that the lab workers did indeed get COVID-19, it’s not necessarily an indication that the virus leaked from their institute, Fauci told the Financial Times.

Growing evidence suggests that COVID-19 was spreading for weeks, if not months, before the first cases were reported in December 2019. In March, Fauci said it’s likely that the coronavirus was spreading “below the radar” in China for a while in late 2019, so it’s possible the staff members got infected outside the lab.

An ‘overwhelming likelihood’ that virus jumped naturally from an animal

After their investigation, the WHO team determined that the coronavirus “most likely” jumped from bats to people via an intermediary animal at a wildlife farm in southeastern China. This kind of spillover has been the leading theory throughout the pandemic, primarily because 75% of new infectious diseases come to us from animals.

“I have always felt that the overwhelming likelihood — given the experience we have had with SARS, MERS, Ebola, HIV, bird flu, the swine flu pandemic of 2009 — was that the virus jumped species,” Fauci told the Financial Times.

Plus, the coronavirus’ genetic code is very similar to that of other coronaviruses found circulating in bats. Bats are common virus reservoirs; in the last 46 years, at least four epidemics have been traced back to bats.

“It happens all the time,” Fauci said on “Morning Joe.” “That’s the reason we feel that it’s the most likely, but since we haven’t proven that, you got to keep an open mind.” 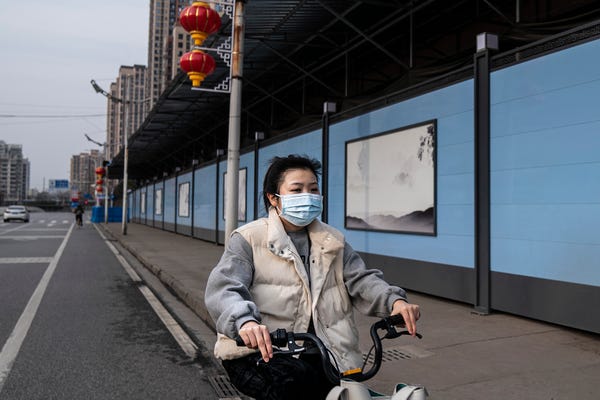 Scientists have yet to find the intermediary species — or the bat population — that passed the coronavirus to people. The WHO team examined 80,000 animals from 31 provinces across China and didn’t find a single case of the coronavirus.

“You need to keep looking for that link,” Fauci said.

The WHO’s lack of a smoking gun, however, could be because China shut down the particular wildlife farms in question in February 2020. The investigators weren’t given access to samples from animals that had lived at these farms.

The WHO also wasn’t able to analyze samples from any animals sold at the Hunan seafood market in Wuhan — where officials reported the first cluster of coronavirus cases. The market was quickly shuttered and cleaned after the outbreak — a move Fauci called “an epidemiological mistake.”

“They may have wiped out evidence for the jumping of species,” he added.