At a Senate hearing on efforts to combat Covid-19 last month, Senator Rand Paul of Kentucky asked Dr. Anthony S. Fauci whether the National Institutes of Health had funded “gain-of-function” research on coronaviruses in China.

“Gain-of-function research, as you know, is juicing up naturally occurring animal viruses to infect humans,” the senator said.

Dr. Fauci, the nation’s top infectious disease expert, flatly rejected the claim: “Senator Paul, with all due respect, you are entirely and completely incorrect, that the N.I.H. has not ever and does not now fund gain-of-function research in the Wuhan Institute.”

This exchange, and the bit of scientific jargon at the heart of it, has gained traction in recent weeks, usually by people suggesting that the coronavirus was engineered, rather than having jumped from animals to humans, the explanation favored by most experts on coronaviruses. The uproar has also drawn attention back to a decade-long debate among scientists over whether certain gain-of-function research is too risky to allow.

Spurred by some contested bird flu experiments in 2012, the U.S. government adjusted its policies for oversight of certain types of pathogen studies. But some critics in the scientific community say that the policy is overly restrictive and that its enforcement has been far from transparent.

The stakes of the debate could not be higher. Too little research on emerging viruses will leave us unprepared for future pandemics. But too little attention to the safety risks will increase the chances that an experimental pathogen may escape a lab through an accident and cause an outbreak of its own.

Sorting out the balance of risks and benefits of the research has proved over the years to be immensely challenging. And now, the intensity of the politics and rhetoric over the lab leak theory threatens to push detailed science policy discussions to the sidelines.

“It’s just going to make it harder to get back to a serious debate,” said Marc Lipsitch, an epidemiologist at the Harvard T.H. Chan School of Public Health who has urged the government to be more transparent about its support of gain-of-function research. 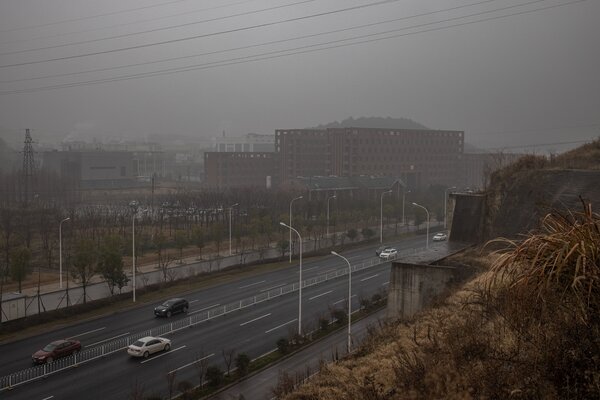 In the 1970s, researchers were learning for the first time to move genes from one organism to another to make bacteria produce human insulin. From the start, critics worried that such experiments could accidentally create deadly pathogens if they escaped from labs.

Tinkering with genes isn’t the only way that a scientist can give an organism new abilities. Researchers can also stage evolutionary experiments, in which pathogens are grown in the cells of an unfamiliar host species. At first, they don’t replicate well. But new mutations can help them adapt, gradually improving their performance.

A decade ago, researchers used serial passage, as this procedure is known, to learn how new strains of influenza evolve. Flu strains start off in the guts of birds, and sometimes manage to mutate into a form that can spread among people.

Two teams of researchers — one from the University of Wisconsin in Madison and the other at Erasmus Medical Center in Rotterdam, the Netherlands — designed experiments to identify which genetic mutations were essential for a successful jump from birds to people. They injected bird flu viruses into the noses of ferrets, waited for the viruses to replicate, and then transferred the new viruses to new ferrets. Soon the viruses evolved to become better at replicating in the ferrets.

When news of the experiments broke in late 2011, a controversy exploded. Some critics said the research was reckless and shouldn’t be published, for fear that other researchers would copy the work and accidentally release a new pandemic strain of flu.

A year later, the U.S. Department of Health and Human Services held a meeting to consider what it called “gain-of-function research.” The name took hold, but scientific experts have grown increasingly frustrated with it ever since.

Many gain-of-function experiments could never pose an existential threat; instead, they have provided huge benefits to humanity. In 1937, researchers found that when they passed the yellow fever virus through chicken cells, it lost the ability to cause disease in humans — a discovery that led to a vaccine for yellow fever. Likewise, herpes viruses have been engineered to gain a new function of their own: attacking cancer cells. They’re now an approved treatment for melanoma.

But the bird flu experiments raised concerns that certain gain-of-function studies could pose a tiny but real risk of dangerous outbreaks. In 2014, U.S. officials announced that 18 such studies would be paused. The experiments were not just on influenza viruses, but on the coronaviruses that caused SARS and MERS.

Three years later, the government rolled out a new policy — the “P3CO framework” — for research on “enhanced potential pandemic pathogens.” The rule requires the agencies under the H.H.S. umbrella, like N.I.H. and its several institutes, to carry out a special review of grant applications for any research on “a credible source of a potential future human pandemic.” In 2019, after conducting such a scientific review, the agency gave the green light for two influenza projects to restart, triggering more debate about whether its policy was thorough enough.

When questioning Dr. Fauci last month, Senator Paul brought up one of the most cited examples of gain-of-function research, a study of coronaviruses done by Ralph Baric at the University of North Carolina published in Nature Medicine in 2015. Working with data sent from Shi Zhengli, the director of the Wuhan Institute of Virology, Dr. Baric and his colleagues built a new coronavirus from an existing one. All of the work was done in the North Carolina lab, and neither Dr. Zhengli nor members of her lab participated.

The so-called chimeric virus that resulted was not more pathogenic than the parental virus, Dr. Baric said. “This work was approved by the N.I.H.., was peer-reviewed, P3CO reviewed and approved,” Dr. Baric wrote in an email last month. The work also “involved a very different strain of beta coronavirus than the one that causes Covid-19,” he said, and was considered low risk because of the particular strain in question.

In the paper, he and his colleagues cautioned others about similar research. “The potential to prepare for and mitigate future outbreaks must be weighed against the risk of creating more dangerous pathogens,” they wrote.

The P3CO policy has a significant shortcoming, according to David Relman, a member of the U.S. National Science Advisory Board for Biosecurity and a microbiologist at Stanford University: It only applies to the grant process in agencies that are part of H.H.S. Grants from the National Science Foundation, the Pentagon or other agencies could include dangerous research and also need oversight, he said. Then there is the even thornier question of private research, not funded by the government.

Dr. Relman has also criticized the government’s process for screening and approving gain-of-function research. At a January 2020 meeting of the advisory board, he objected to the lack of information released about how two research proposals were approved.

Rozanne Sandri-Golin, editor in chief of the Journal of Virology, a scientist who works on the herpes virus and a fellow member of the board, said Dr. Relman made a strong case about the lack of transparency in the grant-screening process. The board was told that a committee made the decision but “their names weren’t published, their backgrounds weren’t published and the process that they used for deciding whether or not it was going to be all right to now proceed with this research was not clearly defined,” she said.

The secrecy of the screening process was the most worrisome part of government oversight of potentially dangerous research, according to Angela Rasmussen, a virologist at University of Saskatchewan’s Vaccine and Infectious Disease Organization, who was doing research in the United States at that time. “It’s not clear how they decide what’s acceptable gain of function and what’s not,” she said.

However, the “star chamber” nature of the process was not its biggest problem, said Richard Ebright, a molecular biologist at Rutgers who has also been one of the most vocal proponents of the lab leak theory, and a longtime advocate of stricter control of research on dangerous pathogens. An even bigger issue, he said, was that gain-of-function research was simply not being screened in accordance with the policy established by H.H.S., which includes the National Institute of Allergy and Infectious Diseases, run by Dr. Fauci.

The ideal solution, he said, would be the creation of an independent body to provide the oversight of dangerous pathogen research, similar to what the Nuclear Regulatory Commission does for studies of radioactive materials.

In the United States, “there are no biosafety rules or regulations that have the force of law,” he said. “And this is in contrast to every other aspect of biomedical research.” There are enforceable rules, for example, for experiments with human subjects, vertebrate animals, radioactive materials and lasers, but none for research with disease-causing organisms.

Dr. Relman, who also supports the need for independent regulation, cautioned that legal restrictions, as opposed to guidelines or more flexible regulations, could also pose problems. “The law is cumbersome and slow,” he said. At one point in the evolution of laws relating to biological warfare, for example, Congress prohibited the possession of smallpox. But the rule’s language, Dr. Relman said, also seemed to ban possession of the vaccine because of its genetic similarity to the virus itself. “To try to fix it took forever,” he said.

The current H.H.S. policy also doesn’t offer much guidance about working with scientists in other countries. Some have different policies about gain-of-function research, while others have none at all.

Dr. Gronvall of Johns Hopkins argued that the U.S. government cannot dictate what scientists do in other parts of the world. “You have to embrace self-governance,” she said. “You’re not able to sit on everyone’s shoulder.”

Ironically, the pandemic put deliberations over such issues on hold. But there’s no question the coronavirus will influence the shape of the debate. Jesse Bloom, a virologist at the Fred Hutchinson Cancer Research Center, said that before the pandemic, the idea of a new virus sweeping the world and causing millions of deaths felt hypothetically plausible. Now he has seen what such a virus can do.

“You have to think really carefully about any kind of research that could lead to that sort of mishap in the future,” Dr. Bloom said.

App uses your phone camera to determine your cat's mood

Northern accents are dying out and could DISAPPEAR BY 2066