The species, which the researchers have named “Jakapil kaniukura”, lived around 97–94 million years ago, during the Late Cretaceous Period. It belonged to the group Thyreophora — the “armoured dinosaurs” — four-footed, herbivorous animals that, as their common name suggests, are characterised by the presence of body armour in rows all along their body. The fossil specimen was unearthed near the village of Cerro Policía, in Argentina’s Rio Negro province.

He said: “Jakapil is the first basal thyreophoran of its kind found in South America.

“Until recent years, thyreophoran findings were rare in the southern hemisphere.” 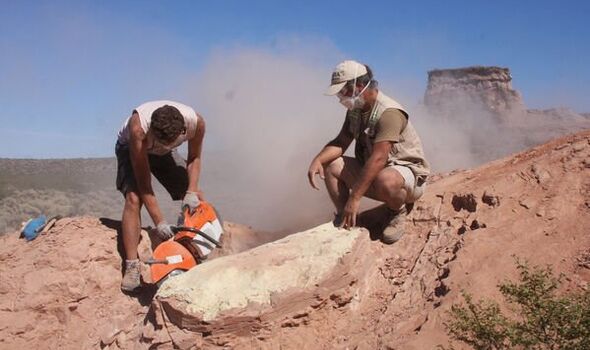 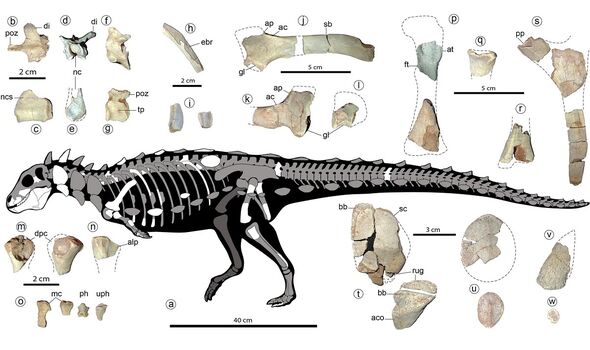 The type specimen recovered by Dr Riguetti and his colleagues appears to be a sub-adult — not a young individual, not not a fully-grown adult either.

The researchers were able to determine this, they explained, by analysing the composition of the diminutive dinosaur’s bones under a microscope.

The bone tissue, their analysis found, showed signs of decreasing growth rate, a phenomenon which is not seen in juveniles, Dr Riguetti said.

In life, the young-ish J. kaniukura specimen would have weighed about as much as an average house cat, between eight to 15 lbs. 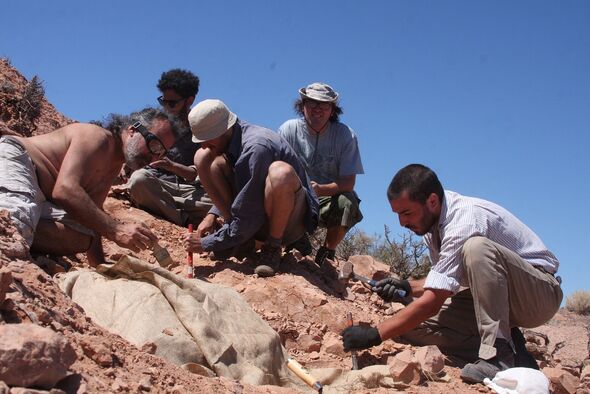 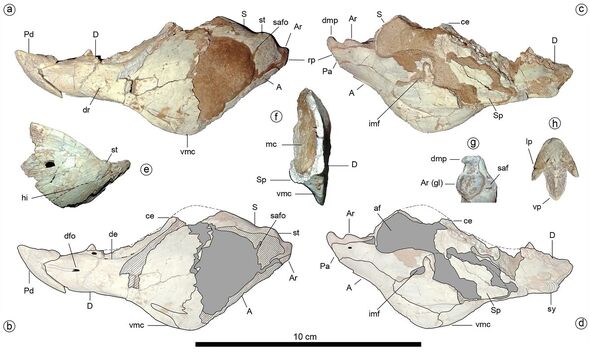 From their analysis of the fossil remains, the researchers believe that the cat-sized dinosaur would have walked “upright” on its back legs, with “reduced arms” much like T. rex.

It is also the first known basal thyreophoran to sport a predentary bone — a beak in front of the lower jaw.

This, the team said, would have been capable of delivering a pretty strong bite.

However, such would not have been as ferocious as some other dinosaurs, such as the Ceratopsians (like Triceratops) and the Ornithopods (e.g. Parasaurolophus). 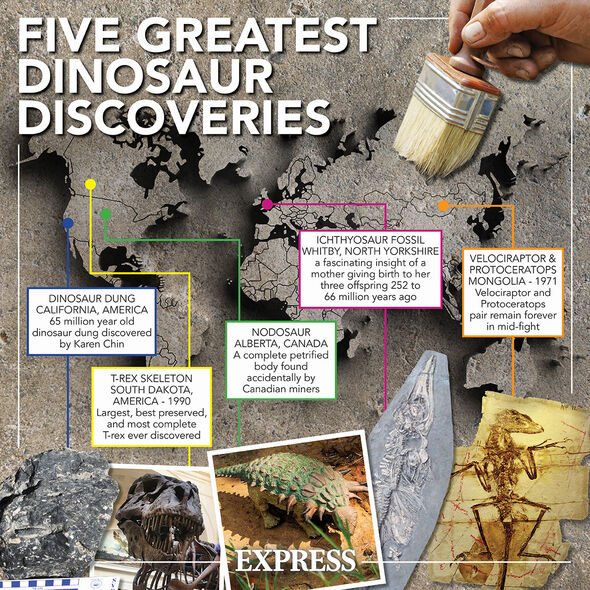 “The researchers concluded: Further work will help to fill the extensive gap between the early thyreophorans and the Cretaceous remains from South America.

“Recent research is reflected in an increase in the thyreophoran fossil record from South America, with all its implications for thyreophoran evolution.

“The discovery of Jakapil not only supports the presence of a new Gondwanan lineage of early thyreophoran dinosaurs that persisted in Gondwana for a long time, but has also brought to light the importance of the Gondwanan fossil record in the study of the origin and evolution of dinosaurs and other clades.”