Megalodon: The history of the largest shark to exist

Otodus megalodon is an extinct species of mackerel shark that swam the world’s oceans during the Miocene and Pliocene epochs, some 23–3.6 million years ago. Megalodon could reach sizes of up to some 66 feet in length — more than three times the lengths of the largest great white sharks alive today — and had teeth the size of mobile phones. The very same massive teeth make up the majority of Megalodon fossil remains available for study today. While measurements of these and comparisons with modern shark species have allowed palaeontologists to estimate how long Megalodon was, other parameters — like its eating capacity or swimming range — have proven difficult to estimate.

In their study, evolutionary biomechanics Professor John Hutchinson of the Royal Veterinary College and his colleagues used scans of fossil Megalodon vertebrae that had been unearthed in Belgium to digitally recreate the giant shark’s spinal column.

The three-dimensional modelling approach that they used was originally developed at the Royal Veterinary College to reconstruct dinosaurs from their fossils, the team explained.

Next, the researchers virtually fashioned a Megalodon skull by scaling up a model of a great white shark’s skull and fitting it with scans of Megalodon teeth.

This skull was then digitally attached to the spinal column — leaving the researchers with a base model for a Megalodon skeleton. 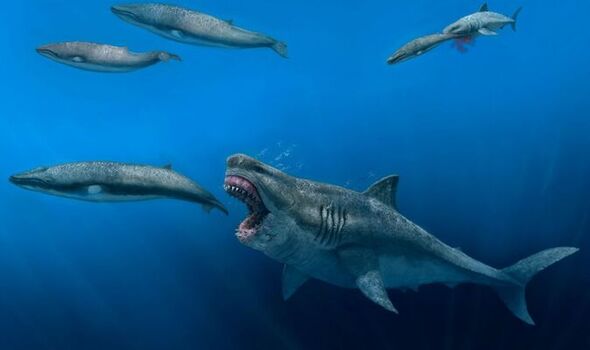 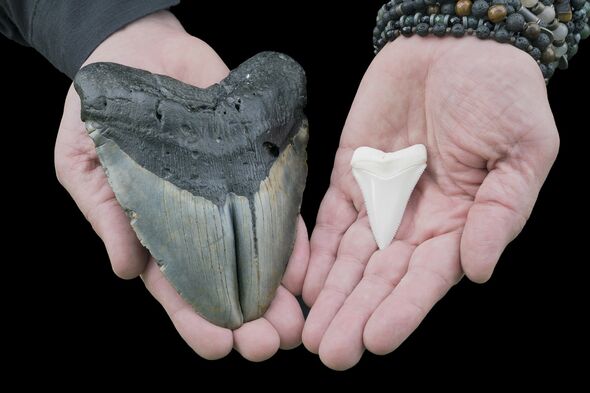 The team’s next step was to use a three-dimensional, full-body scan of a great white shark to add flesh to the virtual Megalodon skeleton, producing a complete digital mock-up.

From this, the researchers were able to measure the virtual Megalodon’s surface area and volume — alongside locating its centre of mass.

Based on these parameters and with a comparison with living shark species, the experts were able to estimate Megalodon’s swimming speed, stomach volume and daily energy requirements.

The team concluded that the reconstructed Megalodon was some 52.5 feet long and weighed more than 61 tons — and would have swam at around 4.6 feet per second.

To survive, the marine monster would have needed to consume some 98,000 kilocalories each day, and would have had a stomach volume of nearly 2,200 gallons.

This means it could likely have gobbled down prey as big as 26 feet long — the size of a modern killer whale.

Eating food this big, the team calculated, would have allowed the shark to swim for thousands of miles across the ocean without needing to eat again for two months. 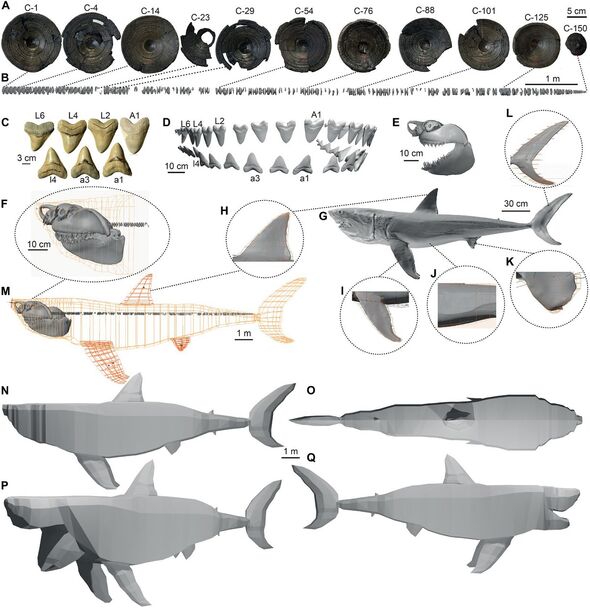 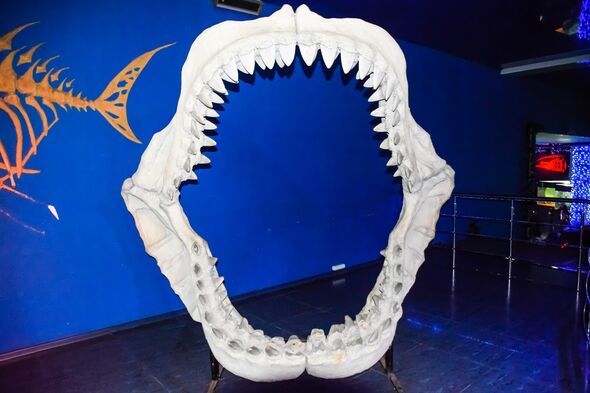 Professor Hutchinson said: “Computer modelling provides us with an unprecedented ability to use exceptionally well-preserved fossils to reconstruct the entire body of extinct animals.”

This, in turn, he explained, “allows estimations of biological traits from the resulting geometry.

“Models of this nature represent a leap in the knowledge of extinct super predators such as megalodon.

“[They] can then be used as a basis for future reconstruction and further research.” 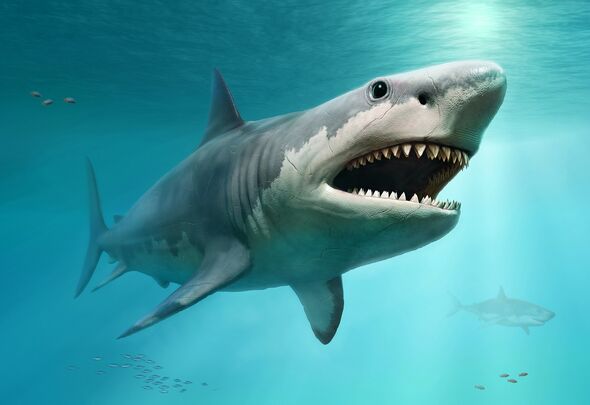 Fellow paper author and palaeobiologist Dr Catalina Pimiento of the University of Zurich said: “These results suggest that this giant shark was a transoceanic super-apex predator.

Its demise, she added, would also have “released large cetaceans from a strong predatory pressure.”

The full findings of the study were published in the journal Science Advances.