Genetically modified PURPLE tomatoes are set to hit the US market

Genetically modified PURPLE tomatoes that produce 10 times more antioxidants are set to hit the market: Study with cancer-ridden mice found those that ate them lived 30% longer

A genetically modified purple tomato designed to have 10 times more antioxidants than the traditional fruit helped cancer-ridden mice live 30 percent longer in studies and now, the gene hacked food is ready to hit the US market.

Developed by researchers at Norfolk Plant Sciences, the ‘super tomato’ is crossed with genes from snapdragon flowers to add a high dose of anthocyanins, which possess antidiabetic, anticancer, anti-inflammatory and other health-protecting benefits.

The purple tomato has been under review with the US Department of Agriculture’s (USDA) Animal and Plant Health Inspection Service (APHIS) for nearly 15 years, but was approved earlier this month in an event that marks the first US approval for a genetically modified product to be grown in American soil.

The Norfolk Plant Science team plans to first sell the gene hacked seeds to home growers, which they say will give their tomatoes straight to the consumer to get feedback to develop other products, Cathie Martin, a plant biologist and co-founder of the company, told New Atlas. 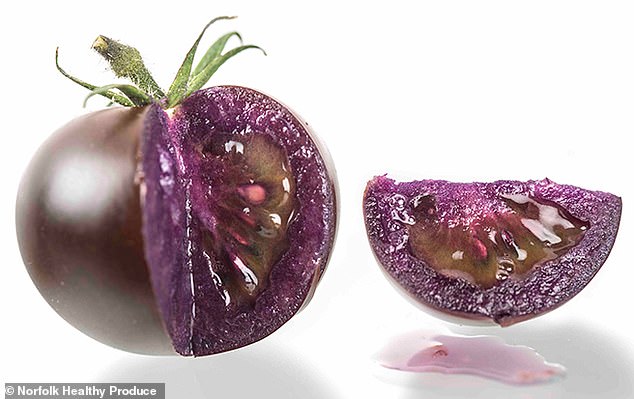 The genetically modified tomato was first developed in 2008, when Martin and her co-founder Jonathan Jones added two genes from a snapdragon flower to produce the dark purple color.

The distinctive hue is created by antioxidant pigments that are also found in blackberries and cranberries, known as anthocyanins.

Anthocyanins are chemicals called flavonoids which mop up potentially harmful oxygen molecules in the body.

Although they are produced naturally by tomato plants, they are normally found only in the leaves.

The British scientists transferred the genes from the snapdragons using specially adapted bacteria and then ‘turned on’ once inside the tomato. 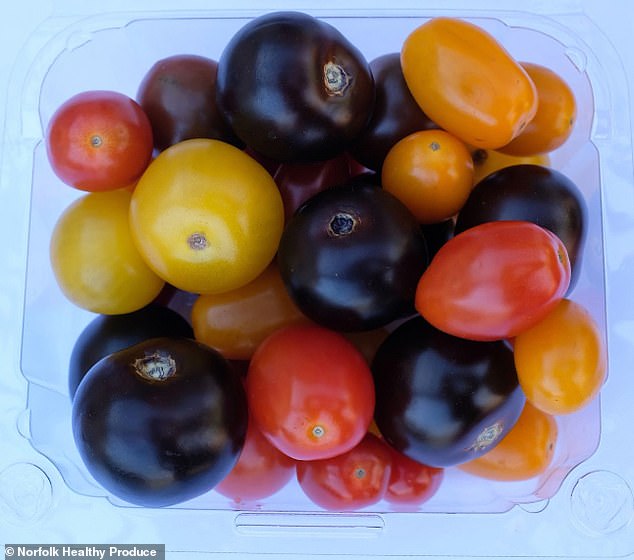 The purple tomatoes are designed with genes from snapdragon flowers, which not only gives the fruit the purple color, but also packs it with more antioxidants 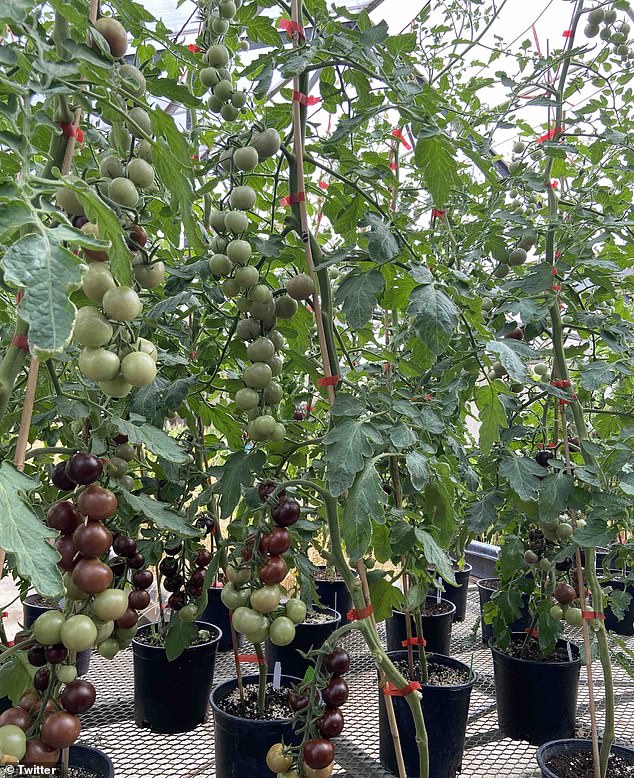 ‘Anthocyanins accumulated in tomatoes at higher levels than anything previously reported for metabolic engineering in both the peel and flesh of the fruit,’ the team shared in a 2008 press release.

And then the team tested the purple tomato to ensure it had health benefits.

In the study, the genetically modified tomato was fed to cancer-riddled mice and then another group of mice with the disease were given traditional tomatoes.

And the mice fed the purple tomato lived, on average, 30 percent longer than those that ate the traditional fruit.

However, this study was conducted in 2008 and it took until September 7, 2022 for the ‘super tomato’ to get the green light from food regulators. 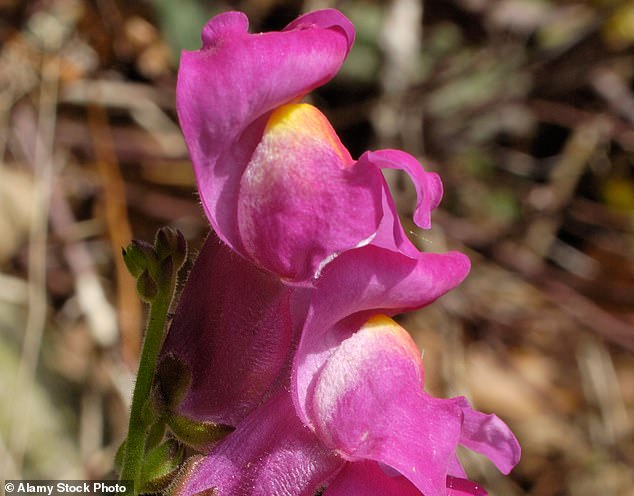 Pictured is a snapdragon flower, which genes were used to modified the tomatoes 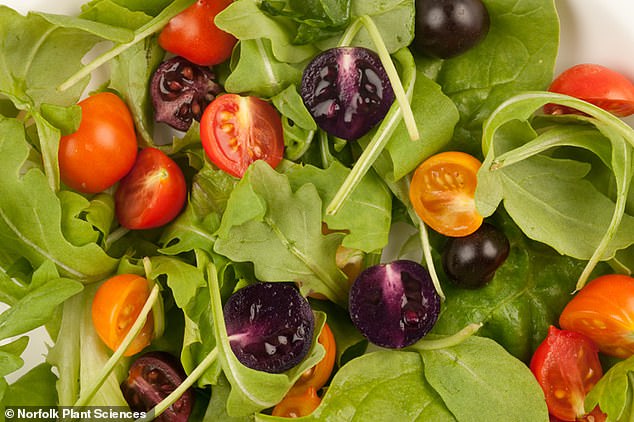 The team conducted studies with cancer-stricken mice. A group was fed the purple tomatoes and another traditional tomatoes. Those that ate the gene hacked fruit lived 30 percent longer

‘We found the plant is unlikely to pose an increased plant pest risk compared to other cultivated tomatoes,’ according to a press release from the USDA.

‘That means, from a plant pest risk perspective, this plant may be safely grown and used in breeding in the United States.’

Martin and Jones are now working to get the gene hacked tomato approved in the UK.

‘We are now one step closer to my dream of sharing healthy purple tomatoes with the many people excited to eat them,’ Martin told New Atlas.

‘The bittersweet thing is that the tomatoes will be on sale in America and not the UK as well. But the plus side is that by focusing on home growers we will be consumer oriented, and we will be able to get feedback and interest needed to develop other products.’