Massive hoard of Roman weapons including knives, arrowheads and spearheads, dating back to 100 BC is found at ancient settlement in Spain

Archaeologists digging near the ancient Talayotic settlement of Son Catlar in Menorca, Spain have unearthed a treasure trove of artifacts from Roman soldiers, dating back to around 100 B.C.

The discovery, which happened in late July, includes an assortment of items found at the site, according to a statement from the University of Alicante.

Included in the find were ‘weapons, knives, three arrowheads, spearheads, projectiles, surgical tools, a bronze spatula probe, and so on,’ the statement explained.

Son Catlar is the largest Talayotic settlement in the area, surrounded by a stone wall that measures 2,850 feet (870m) in length, according to Heritage Daily. 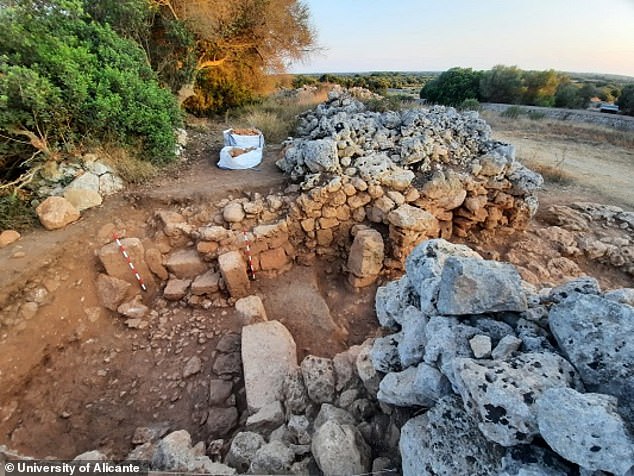 Archaeologists digging near the Talayotic settlement in Menorca, Spain have unearthed a treasure trove of artifacts from Roman soldiers 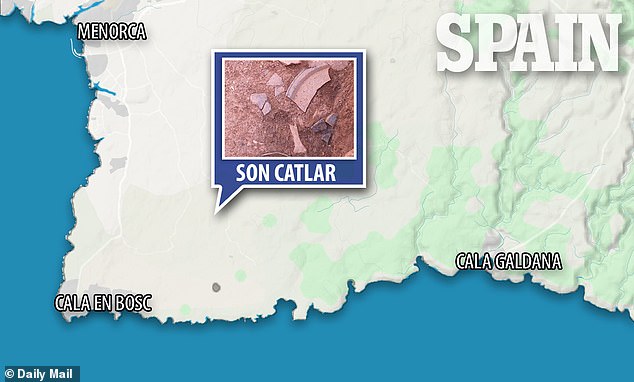 The ancient Talayotic settlement of Son Catlar is located in Menorca, Spain 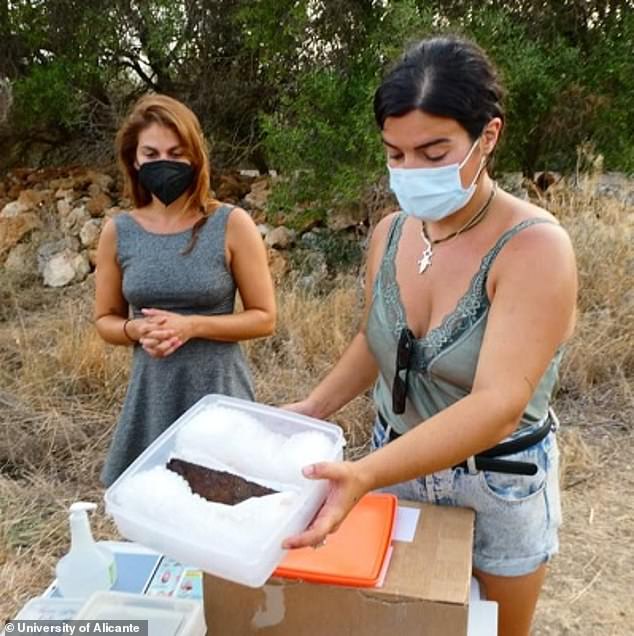 An assortment of items were found at the site, including a knife (pictured) 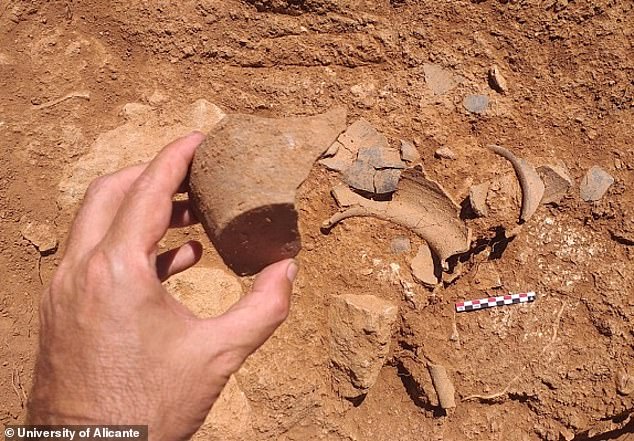 It’s likely that the stone barrier was built several hundred years prior, between the 5th and 4th centuries, B.C., according to Spanish news outlet La Vanguardia. 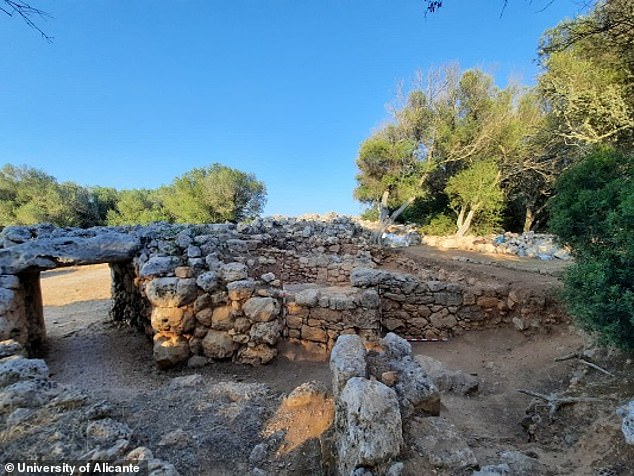 The stone wall, which measures 2,850 feet (870m) in length, was likely built between the 5th and 4th centuries, BC

It’s possible that the Roman soldiers, who conquered the area in the second century B.C., associated the stone barrier with Janus – the Roman god of doors, gates and transitions – given how superstitious they were, Heritage Daily added.

‘This type of gate was characteristic of Punic culture, and it was used as a defense system to protect against possible sieges by the Romans,’ the statement from the university explained.

‘Roman soldiers were very superstitious and used to perform these rites. At that time, the world of gates was charged with magic. The Romans gave a sacred value to the gates of the cities, and sealing one definitively would entail certain actions of a magical nature.’

The dig leader, Fernando Prados, suggested it was the Roman superstitions that may have led to the discoveries being in such good condition, as the soldiers believed they had a ‘magical protective character … against evil spirits when sealing doors.’

‘The conservation of the entire perimeter of the wall at Son Catlar makes the site a source of great value, as it provides a great deal of scope for studying the archaeology of conflict and war,’ Prados added in the statement.

The wall also has sentry boxes and square towers known as Talayots, which gives the region its name, according to the World Heritage Convention. It was built using cyclonic masonry, which according to the WHC, meant it was constructed ‘without mortar,’ only using the blocks themselves.

The wall was later strengthened, possibly due to the Roman conquest of the territory or the Punic Wars, the university added.

The Punic Wars took place from 264 to 146 B.C., and artifacts stemming from these times have been recovered in recent years.

In 2013, archaeologists found a treasure trove of items, including helmets, weapons and ancient bronze battle rams found off the Sicilian coast in 2013, from the first Punic War.

ancient, hoard, of, Roman, weapons
You may also like: