How the smell of food can enable 'TIME TRAVEL'

How the smell of food can enable ‘TIME TRAVEL’: Exposing older people to flavours from their youth enhances their memories of key events, study shows

Whether it’s the pizza you ate on your first date or the burger you devoured in hospital after giving birth, many of our fondest memories are often associated with certain foods.

Now, a study has shown how the smell of these foods can actually enable ‘time travel.’

Researchers from Lancaster University exposed older people to flavours from their youth, and found they enhanced their memories of key events.

The team hopes the findings could pave the way for a new technique to help dementia patients reconstruct memories.

Dr Vaiva Kalnikaitėsaid, an author of the study, said: ‘We finally have technology that can help re-construct memories using the flavour and scent of different foods in very compact shapes. These are the strongest cues to help us remember.’ 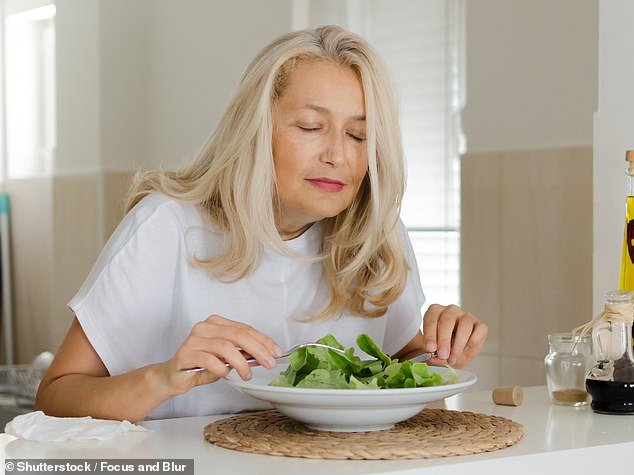 Whether it’s the pizza you ate on your first date or the burger you devoured in hospital after giving birth, many of our fondest memories are often associated with certain foods

Dementia is an umbrella term used to describe a range of progressive neurological disorders, that is, conditions affecting the brain.

How many people are affected?

Alzheimer’s Research UK reports there are more than 850,000 people living with dementia in the UK today.

In the US, it’s estimated there are 5.5 million sufferers. A similar percentage rise is expected in the coming years.

Is there a cure?

Currently there is no cure for dementia but new drugs can slow down its progression and the earlier it is spotted the more effective treatments are.

Smell is known to be one of the most evocative senses.

In the new study, the researchers focused specifically on how the smell of food flavours affects the recall of memories.

The team enlisted 12 older adults for the study, and collected a total of 72 memories.

Half of the memories involved food, including barbecued mackerel at a golden wedding, a Thai green curry dinner on holiday, and eating strawberries in hospital after giving birth.

For these memories, the researchers worked with the participants to create bespoke 3D printed flavour-cues – small, edible balls modelling the original food.

The participants were asked to recall each memory, both before and after consuming the flavour-cues.

The results revealed that their accounts of the memories were enhanced by the smell of the food.

One participant was asked to recall a Thai green curry dinner in Cambodia.

Before consuming the flavour-cue, they said: ‘We went into the kitchen area, which was very basic and preparing all sorts of types of green vegetables, which I have no idea what they were, sitting on the floor. And then we would help cook them, stir fry them, and then we would help dish them up…’

However, after being exposed to the flavour cue, their memory of the event was heightened.

‘The chopping noises of cutting up the vegetables, me sitting on the floor cross legged with my friend, chatting together,’ they said.

‘And then when we went out, put stuff on the tables, the rest of the group coming out and we sit on long tables outside, the front of the school, so it’s outside in the open air to eat.’

Meanwhile, some of the other participants said the flavour cues gave them strong feelings of being brought back in time.

‘The roast beef and horseradish cue took me back 25 years in one bound,’ one said.

‘I could place myself at the table in the room… I ate that, and that actually provoked out of all the memories, quite a strong reaction actually. Just suddenly I was back.’

While the reason for the findings remains unclear, the researchers say they could pave the way for improving memory recall in people with dementia.

One participant whose mother has Alzheimer’s disease, said: ‘As soon as she smelled and tasted the food, she would say something like, “Oh, this is like old fashioned food. This takes me back”. 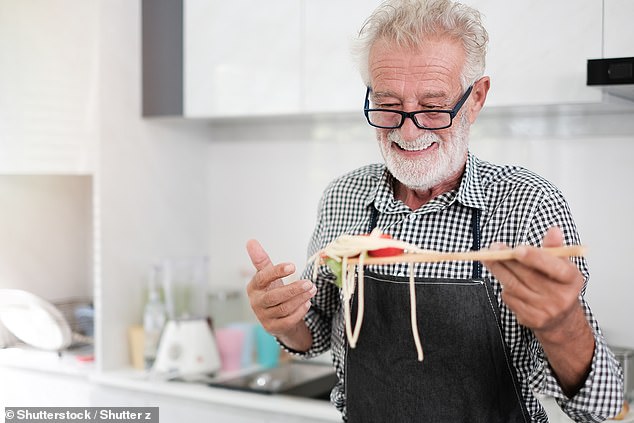 ‘She felt that it was something that she had had a long time ago.’

For example, the team suggests that a scrapbook of food memories could be created for people with dementia to trigger fond memories.

Dr Tom Gayler, co-author of the study, concluded: ‘Working alongside people to create flavour-based cues highlighted how powerful but under used this connection is.

‘Our design approach helped bridge this gap and showed the potential for future applications to create rich, multi-sensory memory aides’.