Better get your pension sorted! Humans could live to more than 130 years old by the end of this century, study claims

Humans are on the verge of living to more than 130 years of age, with the record for the oldest person guaranteed to be broken by the end of the century, study shows.

The number of people who live past the age of 100 has been on the rise for decades, up to nearly half a million people worldwide as of this year.

There are, however, far fewer ‘supercentenarians,’ people who live to age 110 or even longer, explained researchers from the University of Washington.

The oldest living person, Jeanne Calment of France, was 122 when she died in 1997; currently, the world’s oldest person is 118-year-old Kane Tanaka of Japan.

Such extreme longevity will continue to rise slowly by the end of this century, they found, and estimates show a lifespan of 125 years, or even 130 years, is possible.

They didn’t say whether living to that age would become more common, as it was outside their scope, just that at least one person will live to 130 by the year 2100. 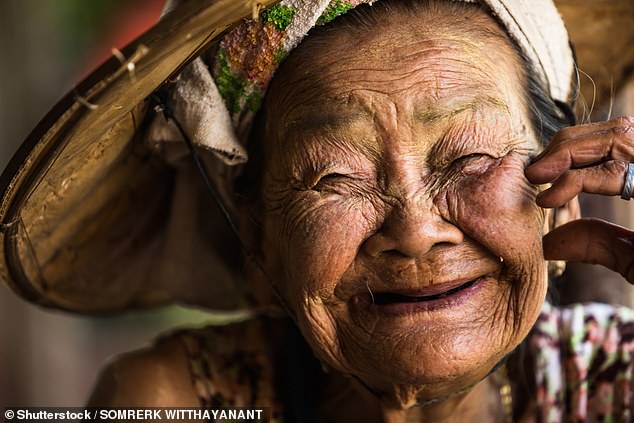 Humans are on the verge of living to more than 130 years of age, with the record for the oldest person guaranteed to be broken by the end of the century, study shows

They explored a range of risks and possibilities around future medical and scientific discoveries that could impact on the likelihood of living beyond 110.

Longevity has ramifications for government and economic policies, as well as individuals’ own health care and lifestyle decisions, the team said.

Rendering what’s probable, or even possible, in terms of lifespan relevant at all levels of society.

Experts have debated the possible limits to what is referred to as the maximum reported age at death, with some arguing disease and cell deterioration will lead to a natural limit on human lifespan. Others say there is no cap.

A recent study by Gero, a Singapore-based biotech company, used AI to pour over data from people wearing smart devices to predict a maximum lifespan of 150.

‘People are fascinated by the extremes of humanity, whether it’s going to the moon, how fast someone can run in the Olympics, or even how long someone can live,’ said lead author Michael Pearce, a UW doctoral student in statistics.

‘With this work, we quantify how likely we believe it is that some individual will reach various extreme ages this century.’

Pearce and Adrian Raftery, a professor of sociology and of statistics at the UW, took a different approach to quantifying average age.

They asked what the longest individual human lifespan could be anywhere in the world by the year 2100.

Using Bayesian statistics, the researchers estimated that the world record of 122 years almost certainly will be broken, with a strong likelihood of at least one person living to anywhere between 125 and 132 years by the end of the century.

To calculate the probability of living past 110 they turned to the international database of longevity, which was created by the Max Planck Institute.

That database tracks supercentenarians – those aged over 110 years old – from 10 European countries, plus Canada, Japan and the US.

With a continually expanding global population, that’s not impossible, researchers say, and the number has been going up in recent years.

People who achieve extreme longevity are still rare enough that they represent a select population, Raftery said, allowing them to be more easily tracked. 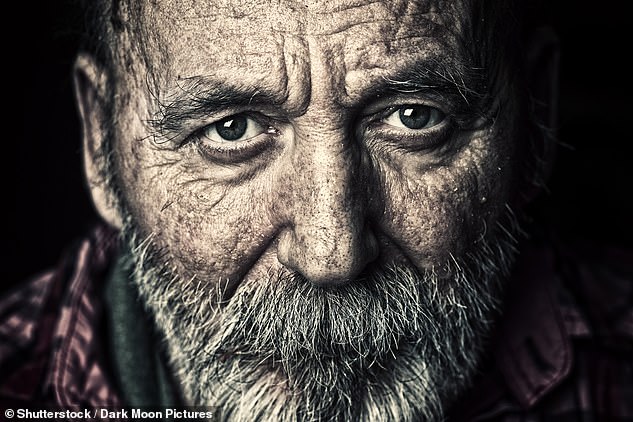 Humans are never going to be able to live beyond 150 years of age, according to scientists who have predicted that this is our maximum lifespan. Stock image

Even with population growth and advances in health care, there is a flattening of the mortality rate after a certain age – basically the chance of death is the same however much older you become.

‘It doesn’t matter how old they are, once they reach 110, they still die at the same rate,’ Raftery said.

‘They’ve gotten past all the various things life throws at you, such as disease. They die for reasons that are somewhat independent of what affects younger people.

‘This is a very select group of very robust people.’

The findings have been published in the journal Demographic Research.

HOW MIGHT SCIENTISTS USE TELOMERASE TO REVERSE THE PROCESS OF AGEING?

Scientists decoded an enzyme thought to halt ageing in plants, animals and humans as part of a recent breakthrough study.

Unravelling the structure of the complex enzyme, called telomerase, could lead to drugs that slow or block the ageing process, along with new treatments for cancer, researchers reported in the journal Nature in April.

Elated scientists announced the completion of a 20-year quest to map the enzyme thought to forestall ageing by repairing the tips of chromosomes.

‘It has been a long time coming,’ lead investigator Kathleen Collins, a molecular biologist at the University of California in Berkeley, said in a statement.

Part protein and part RNA (genetic material that relays instructions for building proteins) telomerase acts on microscopic sheaths, known as telomeres, that cover the tips of the chromosomes found inside all cells.

In humans, each cell contains 23 pairs of chromosomes, including one pair of sex chromosomes – the ‘X’ and ‘Y’ – that differ between males and females.

Australian-American biologist Elizabeth Blackburn, who shared the 2009 Nobel Prize in Medicine for discovering telomeres and their protective function in the 1970s, likened them to the tiny plastic caps that keep shoelaces from fraying.

Eventually, however, shoelace tips and telomeres do break down: every time a cell divides the telomeres get worn a little bit more, until the cell stops dividing and dies. This, biologists agree, is probably central to the natural ageing process.

Could, humans, LIVE, More, than, to
You may also like: