Follow
Home » Science » Humans first walked upright in TREES and not on the ground, study says

Humans first walked upright in TREES and not on the ground, study says

Early humans first walked upright in the TREES and not on the ground as previously thought, study claims

Human ancestors started to walk upright in trees rather than on the ground, a new study claims.

The long-held belief for why we walk upright today – also known as bipedalism – is that our ancestors were forced to come down from trees and spend more time on land.

This is because millions of years ago, shrinking tropical forests and expanding savannas meant primates had to adapt their movements to find food, it was thought.

But a new study disputes this argument – and suggests our ancestors began to walk on two legs up in the canopies first. 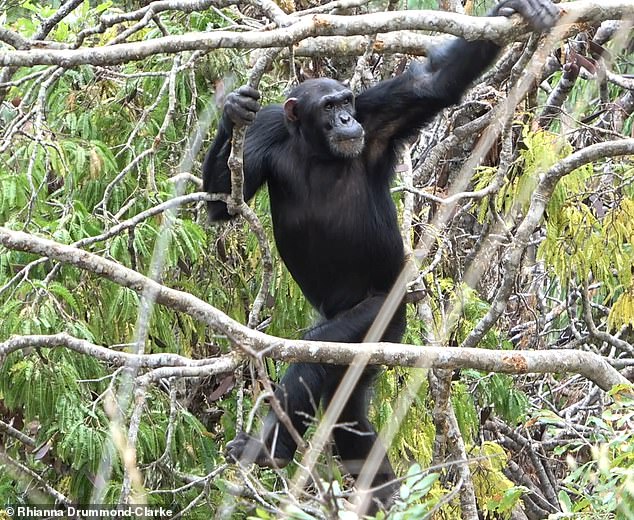 Human ancestors started to walk upright in trees rather than on the ground, a new study claims. Pictured: an adult male chimpanzee walks uprithg to navigate flexible brances in the Issa Valley savanna-mosaic habitat 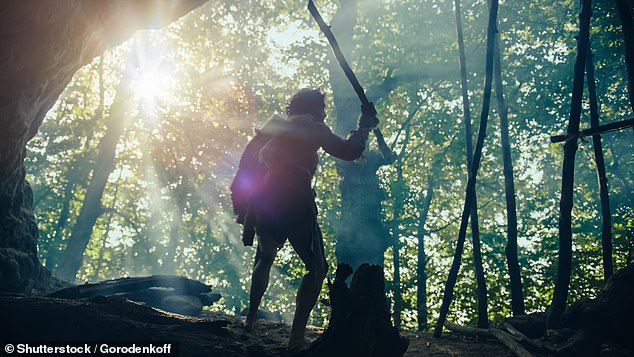 A team from the University of Kent studied savanna chimpanzees in Issa, Tanzania, for 15 months.

They discovered the population actually spent more time upright while walking in trees compared with walking on the ground.

The findings, published in the journal Science Advances, also showed the chimps spent the same amount of time on two legs when in dense and scarce vegetation.

When they compared the findings with previous research involving chimpanzees who lived in a forest, they discovered close resemblance between their movements. 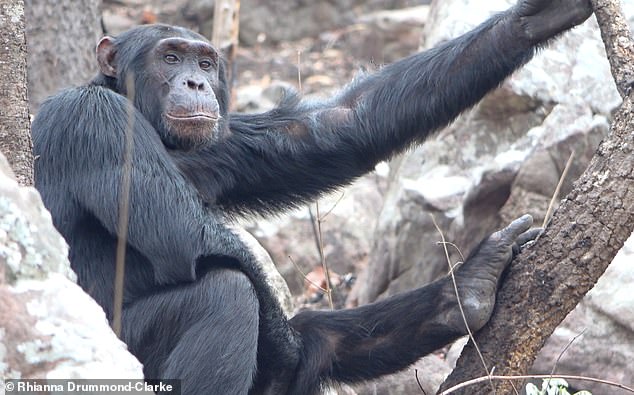 A team from the University of Kent studied savanna chimpanzees in Issa, Tanzania, for 15 months. They discovered the population actually spent more time upright while walking in trees compared with walking on the ground

Author Alexander Piel said: ‘Longheld theories on the evolution of bipedalism are themselves difficult to study due to limited fossil evidence.

‘The Issa chimpanzee community, however, provides us a closely related ape that lives in a habitat that very much resembles that within which humans evolved millions of years ago.

‘We investigated the behaviour of wild chimpanzees…and expected they would spend more time on the ground and exhibit bipedalism in open vegetation like woodlands where they cannot easily travel via the tree canopy.

‘What we found was enormously surprising.

‘Many of the traditional hypotheses about why we’re on two legs now stem from the advantages bipedalism afford our ancestor – for example seeing over tall grass or reduced sun exposure.

‘However, the Issa chimpanzees did the opposite – more bipedalism in the trees.

‘There are clear reasons why it’s beneficial, like reaching for fruit on higher branches.’

He added that walking upright while on the ground may be a secondary driver to the evolution of the behaviour.

‘That is, we evolved to be bipedal in the trees, and then perhaps it was catalysed once forests retreated and we were based almost entirely in more open habitats’, he said.

If you enjoyed this article

Oldest evidence of using fire to cook food was 780,000 years ago when early humans cooked carp

Ancient cannibals were among the first Britons after coming to British shores from France 15,000 years ago

World's oldest preserved brain discovered in a Lancashire coal mine