Good news for regular travellers! Scientists are developing an implantable ‘living pharmacy’ that will HALVE the time it takes to recover from jet lag

An implantable ‘living pharmacy’ that may be able to halve the time it takes to recover from jet lag is being developed by researchers from Illinois.

Northwestern University experts have signed a $33 million (£23.3 million) contract with the US Defense Advanced Research Projects Agency to develop the device.

Combing synthetic biology with electronics, the implant would contain engineered cells which produce the same peptides the body uses to regulate sleep/wake cycles.

When triggered wirelessly by an external hub, the device would use light to trigger the cellular production of precise peptide doses to adjust the user’s body clock.

The implant could find application not only with long-distance flyers — both commercial and military — but also among workers who vary day and night shifts. 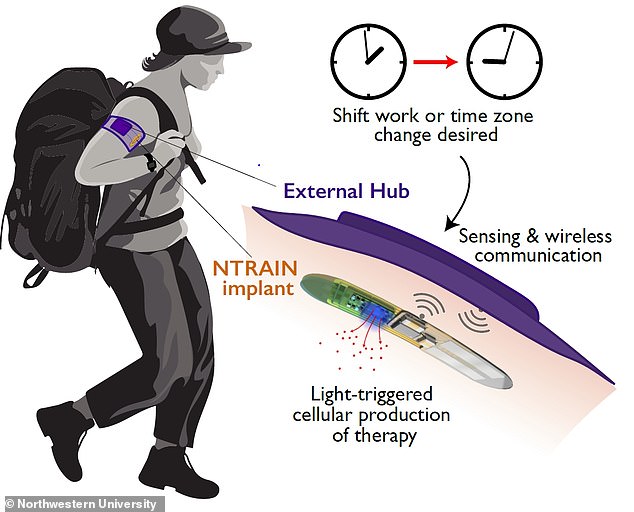 When triggered wirelessly by an external hub, the device would use light to trigger the cellular production of precise peptide doses to adjust the user’s body clock, as depicted

‘This control system allows us to deliver a peptide of interest on demand, directly into the bloodstream,’ said project leader and biomedical engineer Jonathan Rivnay of Northwestern University.

‘No need to carry drugs, no need to inject therapeutics and — depending on how long we can make the device last — no need to refill the device.

‘It’s like an implantable pharmacy on a chip that never runs out.’

The project to develop the living pharmacy — dubbed NTRAIN, or ‘Normalizing Timing of Rhythms Across Internal Networks of Circadian Clocks’ — will be realised in three phases, the first of which will be the development of the implant.

Once this has been realised, the device will next be subjected to validation checks before finally being tested in human trials.

Researchers from Northwestern will also be joined by experts from the Rice (Texas) and Carnegie Mellon (Pennsylvania) universities and Blackrock Microsystems, who together will provide expertise in cellular and bioelectronic engineering. 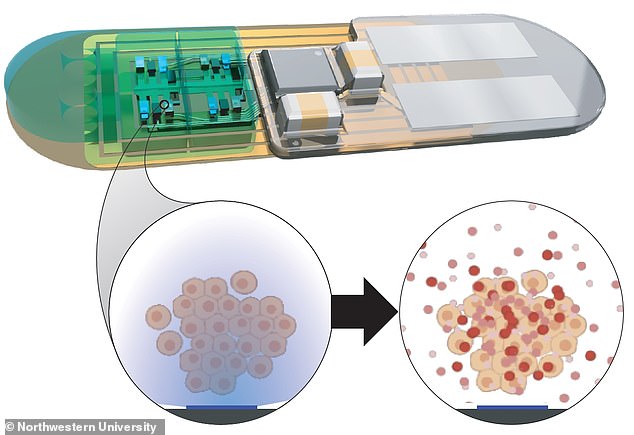 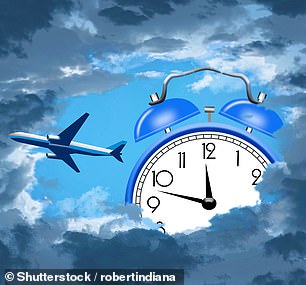 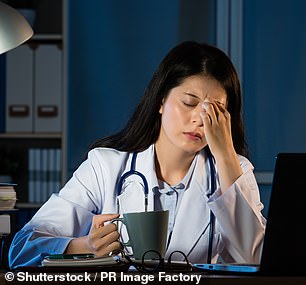 Funding for four-and-a-half years has been provided by the Defense Advanced Research Projects Agency grant and is intended to form part of their wider program to address travel-related issues like jet lag, fatigue and gastrointestinal issues.

Alongside controlling one’s circadian rhythms, the team believe that the implantable pharmacy could also be adapted to administer precisely timed and dosed therapies for various diseases as well as the treatment of pain.

In the meantime, the researchers also believe that the current program will help shine more light on the nature of sleep/wake cycles in general.

‘The experiments carried out in these studies will enable new insights into how internal circadian organization is maintained,’ said sleep team leader and neurobiologist Fred Turek, also of Northwestern University.

‘These insights will lead to new therapeutic approaches for sleep disorders as well as many other physiological and mental disorders.’

The latter, he added, will include those ‘associated with aging where there is often a spontaneous breakdown in temporal organization.’

Jet lag is when your normal sleep pattern is disturbed after a long flight. It usually improves within a few days as your body adjusts to the new time zone.

Jet lag cannot be prevented, but there are things you can do to reduce its effects.

Get plenty of rest before you travel. You could start going to bed and getting up earlier or later than usual (more like the time zone of the place you’re travelling to).

If your trip is short (2 to 3 days), try to eat and sleep at the times you would at home.

There’s no treatment for jet lag

Medicines are not usually needed for jet lag.

Jet lag often improves after a few days as your body clock adjusts to the new time zone.

Sleeping tablets may be helpful if you’re having problems sleeping (insomnia). But they can be addictive so should only be used for a short time and if symptoms are severe.

Melatonin is a natural hormone released by the body in the evening to let your brain know it’s time to sleep.

Melatonin tablets are not recommended for jet lag because there’s not enough evidence to show they work.

The main symptoms of jet lag are: