The ancient, three-toed footprints were preserved in the Dinosaur Valley State Park, which is located southwest of the city of Dallas. According to experts, the trace fossils date back to some 113 million years ago. At this time, the site of the state park was located on the edge of an ancient ocean, and dinosaurs would have left their footprints in soft mud.

The majority of the recently revealed tracks were left by Acrocanthosaurus atokensis, a bipedal, predatory dinosaur that could reach 15 feet high and a whopping 6.35 tonnes.

Acrocanthosaurus — whose genus name literally means “high-spined lizard” — is believed to have lived across North America during the Aptian and Early Albian stages of the Early Cretaceous.

Skeletal remains of the dinosaur have previously been found in the states of Oklahoma, Texas and Wyoming.

According to the Texas Parks and Wildlife Department, footprints attributed to another dinosaur species — Sauroposeidon — have also been found in the park.

Sauroposeidon was capable of growing to 60 feet tall and weighing some 40 tonnes. 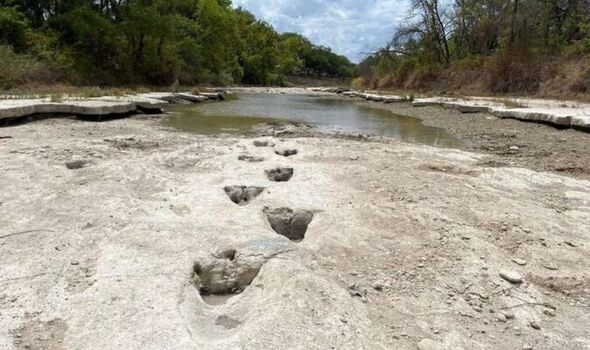 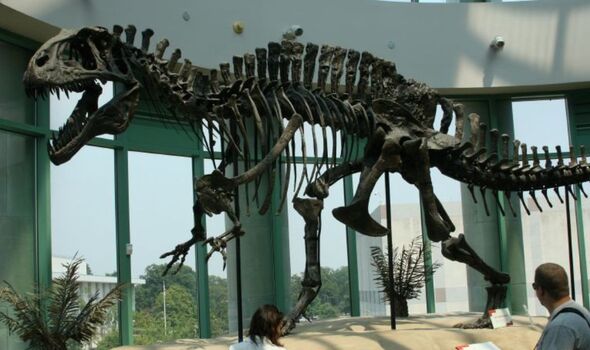 It is very rare for palaeontologists to be able to directly attribute trace fossils — like footprints, burrows or resting impressions — to individual species.

A large part of the problem is that one kind of trace can often be left by many different species, unless they are very distinctive, as in the case of the Texan dinosaur footprints.

For this reason, trace fossils are normally named according to their own classification system separate to that of biological species.

According to the Texas Parks and Wildlife Department, the recent discovery represents “one of the longest dinosaur trackways in the world”.

Exactly how long the trackway is, however, the experts have not revealed. 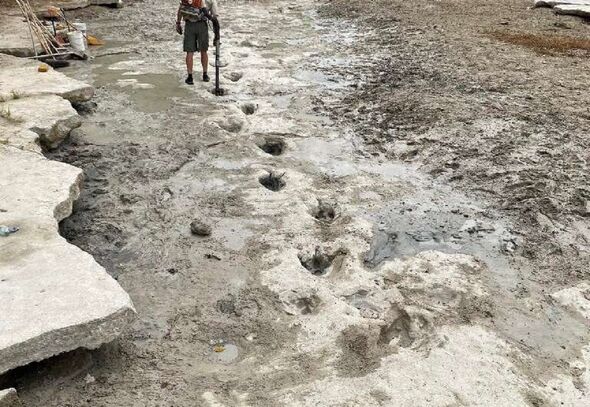 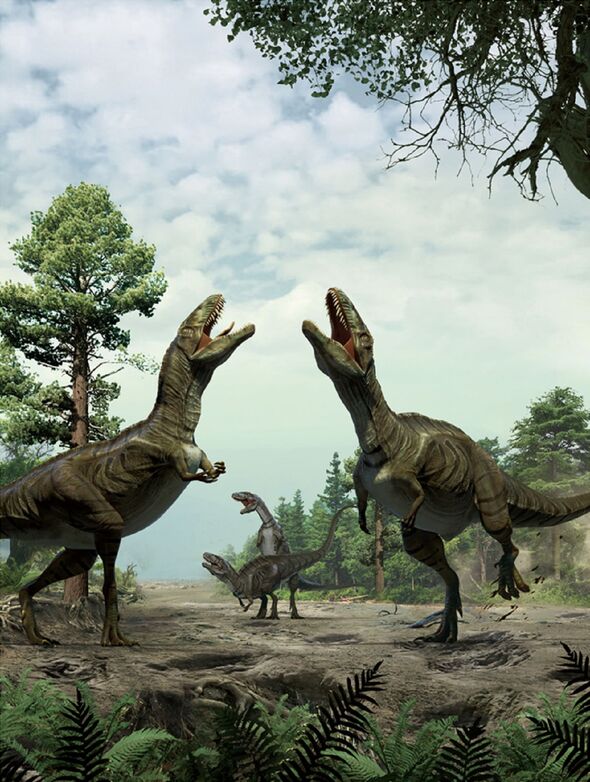 She said: “Due to the excessive drought conditions this past summer, the river dried up completely in most locations, allowing for more tracks to be uncovered here in the park.

“Under normal river conditions, these newer tracks are under water and are commonly filled in with sediment, making them buried and not as visible.”

Texas has had its fifth-driest July on record this year, with the US Drought Monitor reporting that some 62 percent of the state is facing “extreme drought” and 27 percent “exceptional drought” conditions of the kind only seen once every 20 years. 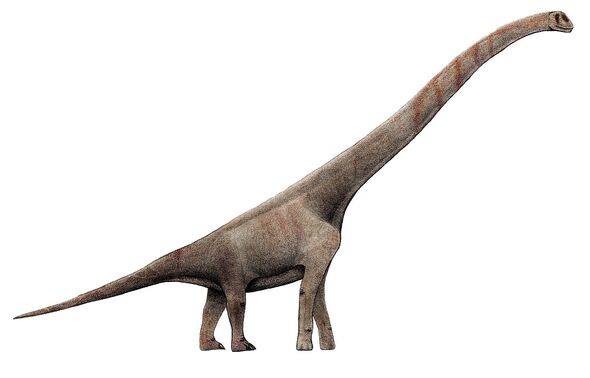 Unfortunately for palaeontology enthusiasts, the newly-exposed footprints may not be visible for very long.

As drought exposed the tracks to view, forecasts of heavy rain storms this weekend promise to submerge them again.

Ms Garcia said: “They will soon be buried again by the rain and the river.”

Despite this, she added, “Dinosaur Valley State Park will continue to protect these 113 million-year-old tracks not only for present, but future generations.”